Ben Affleck has been taking his time choosing the perfect home in Los Angeles. It’s been months since he was spotted scoping out pricey listings in Santa Monica Canyon, so it seems safe to say he’s putting a lot of consideration into the purchase—unlike the lack of thought that went into the deeply upsetting and oddly colorful phoenix tattoo that covers his entire back.

Affleck was last seen checking out multimillion-dollar mansions back in October, accompanied by his girlfriend, SNL producer Lindsay Shookus. While Shookus did join Affleck on his house hunting adventures, she’s not moving in just yet, per TMZ.

It seems Affleck has come to a decision, as he’s reportedly in contract to buy a $19.2 million house in Pacific Palisades. It happens to be situated just a mile away from the residence of his ex-wife, Jennifer Garner.

Garner and the former couple’s three children still reside in the LA mansion that Affleck and Garner bought together in 2009—despite a flurry of reports in late 2015 that the former couple was listing it for $45 million. It was important for Affleck to find a family-friendly house in close proximity to Garner, for the convenience of their kids, according to People and it would be hard to get closer than this one.

Well, Affleck was previously camping out in the guesthouse at Garner’s abode until May of last year, so this does put a little more distance between the former couple.

It’s not yet confirmed if Affleck is the buyer of the home, but E! News claims that he’s already shown his children, Violet, Seraphina and Samuel, the new seven-bedroom, nine-bathroom home.

The first floor is composed of a formal dining room, a living room with a fireplace and an enormous eat-in kitchen, which has grey cabinetry, a breakfast island and black countertops, as well as a separate dining nook. The breakfast area opens up to a cozy family room, with another fireplace. From there, one can open the sliding glass doors and head to the extravagant outside entertaining area, equipped with yet one more fireplace. There’s also a guest house on the 0.53-acre estate.

The master suite features a separate sitting area, two bathrooms and two walk-in closets, so even if Shookus isn’t fully unpacking, there’s still room for her to keep at least a few essentials here.

The lower level is made up of a screening room, an entertainment room with a bar, a gym and an immense temperature-controlled walk-in wine cellar. Affleck has spoken about his struggle with alcoholism and even brought a sober companion to the Oscars in 2017, so this area of the house won’t be getting much use.

Once Affleck finishes moving into this Los Angeles home, he could turn his focus back to New York, where Shookus is based. Or, maybe he already has—Affleck toured a $39,000 per month rental at 15 Central Park West back in September, and that exact apartment was leased the next month. Perhaps Affleck ended up springing for that unit, but if not, there’s a similar three-bedroom still available in the building. Alas, that one will cost him $46,000 a month. 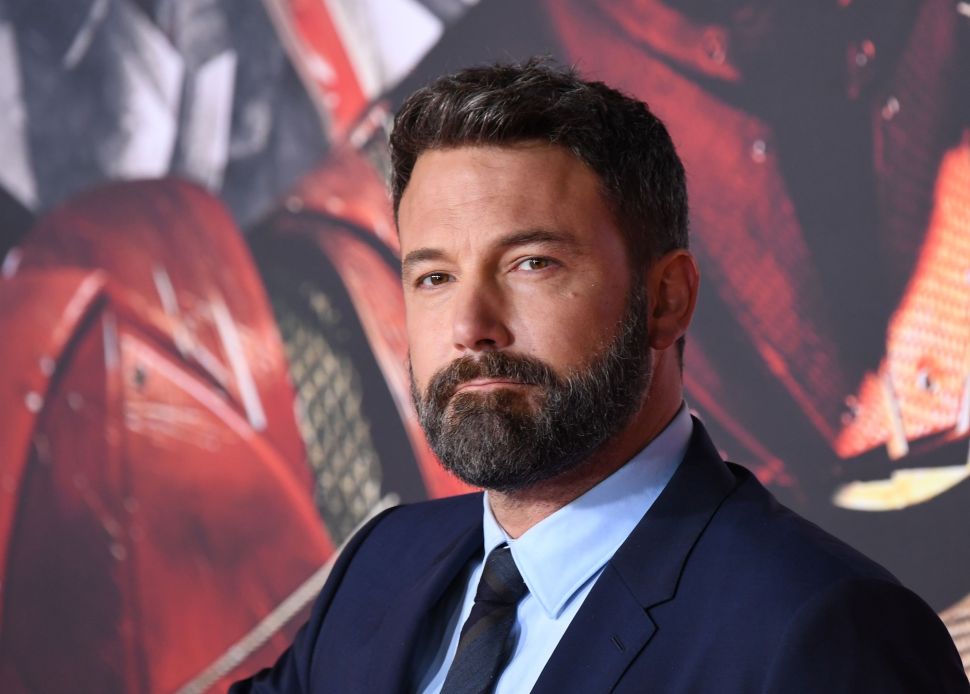