Beyoncé and Jay-Z are taking security to a whole new level at their palatial Bel Air mansion. The couple dropped a record $88 million on the house last summer—and the pricey abode wasn’t even ready for an immediate move-in.

It’s not that this property, which is composed of six separate structures, is a fixer-upper. Instead, the couple has decided to seriously beef up the security at the 30,000-square-foot home. They’ve been putting finishing touches on the premises since at least January, but now Beyoncé and Jay-Z are determined to turn the estate into an actual fortress.

They’ve applied for building permits to add living quarters and rooms for security guards, per documents obtained by TMZ, in addition to a 10-car carport and a two-story, two-car garage.

The extra security lodgings will be attached to the two-story garage and will face the front of the property. The carport will face the back road into the property, so that not an inch of the estate is left unattended at any time. Beyoncé and Jay-Z apparently want all of this completed before they embark on their On The Run 2 tour, which begins on June 6.

When the couple bought the home from developer Dean McKillen, it was already fitted with bulletproof windows and a huge metal gate. But Beyoncé and Jay-Z are clearly going for the 24/7-type of protection. The abode, which was designed by architect Paul McClean, also has über luxurious aspects like a full spa with a hot tub, sauna and steam room, as well a recording studio, basketball court and no less than four outdoor pools.

It’s understandable that the couple is concerned about potential break-ins and threats, as not only do they have three young children (Blue Ivy and twins Rumi and Sir), but there have been a number of burglaries at celebrity homes across Los Angeles over the past year. Emmy Rossum and Nicki Minaj‘s homes were broken into, and Kendall Jenner ended up selling her West Hollywood home after repeated security issues. And, of course, there was the recent incident at Taylor Swift’s Beverly Hills mansion, where a man tried to climb over a seven-foot-tall wall. Perhaps the Carters should invest in some taller barriers?

We wonder if they’ll be adding similar safety measures to their new Hamptons home. Last summer, Beyoncé and Jay-Z paid $25.9 million for a 12,000-square-foot retreat on Georgica Pond, which already went through some very unique renovations. The entire house was rotated 90 degrees so that the living room would face west, over Georgica Pond, for a more picturesque view. 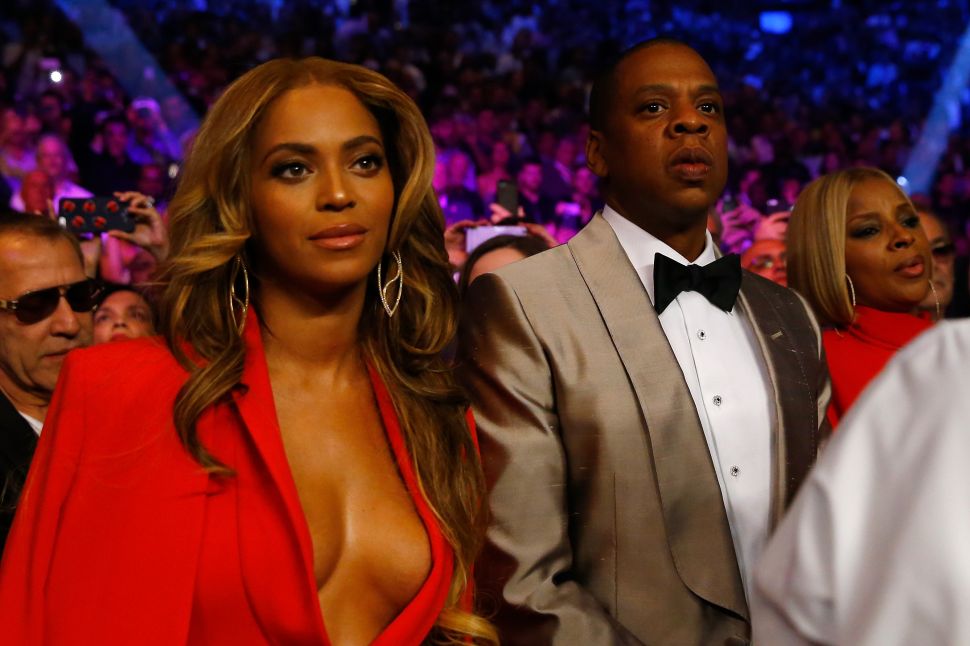