Wall Street’s famed hedge fund manager Bill Ackman has frequently grabbed news headlines over the past few years due to his endless proxy fights with portfolio companies and harsh debates against peer investors with opposing views.

More recently, media attention has mostly been focused on the bleeding numbers of his hedge fund, Pershing Square Capital Management. In stark contrast from the fund’s astronomical gains during its early days, Pershing Square has posted losses for three years straight, raising worries that Ackman, who was once dubbed Wall Street’s “Baby Buffett,” may soon retire from the lucrative world of private hedge funds.

Some of Pershing Square’s largest investors are leaving the fund at a rapid pace, The Wall Street Journal noticed. A source said that two-thirds of the client cash that could be withdrawn at the end of 2017 had been pulled out.

Blackstone, a longtime investor with Ackman, has been pulling out, and JPMorgan Chase’s asset management arm no longer recommends Pershing Square to its clients, the Journal reported.

The cumulative losses and investor redemption in recent years have reduced Pershing Square’s total assets under management to $8 billion as of this month, down from a peak of $20 billion in mid-2015.

Ackman made his name on Wall Street for consistently outperforming the market index through innovative (and controversial) investment strategies, including betting against the MBIA (Municipal Bond Insurance Association) bonds during the 2008 financial crisis.

But his chain of missteps started in 2015, when shares of Valeant Pharmaceuticals, one of Pershing Square’s major investments, began to plummet amid a slew of tax evasion and insider trading lawsuits.

Despite Valeant share dropping by over 90 percent in less than six months, Ackman refused to cut losses. Instead, he bought more shares in the company and took extra board seats, hoping to turn the company around.

His other major investment, nutrition company Herbalife, was a completely opposite case but resulted in similar damages.

From 2012 to 2017, Ackman held a $1 billion short position against the company, believing that it was a Ponzi scheme with no real product. In the years following 2012, Ackman was accused of orchestrating tactics to undermine Herbalife’s stock price. Herbalife was sued over Ponzi scheme allegations and went under an investigation by the Federal Trade Commission (FTC).

The FTC settled the Herbalife case with a $200 million fine on the company in 2016, but dismissed the Ponzi scheme accusation. An investor lawsuit in California with the same allegation was also dismissed in 2015.

In 2017, Ackman finally cut losses with both companies hoping to boost investor confidence. Ackman also touted profitable new investments, like Nike (from which the fund profited $100 million in 2017) and Hilton in his 2017 shareholder letter.

Yet, these new winners were too small to offset losses. The Herbalife bet cost him hundreds of millions of dollars and the loss from Valeant was estimated at $4 billion.

Without investors in his private funds, Ackman’s remaining assets will run around $5 billion, the Journal estimates. That includes his personal wealth and the assets in Pershing Square Holdings, a publicly traded close-end fund.

Correction: A previous version of this article incorrectly stated that two-thirds of Ackman’s private fund clients will exit by the end of 2018. 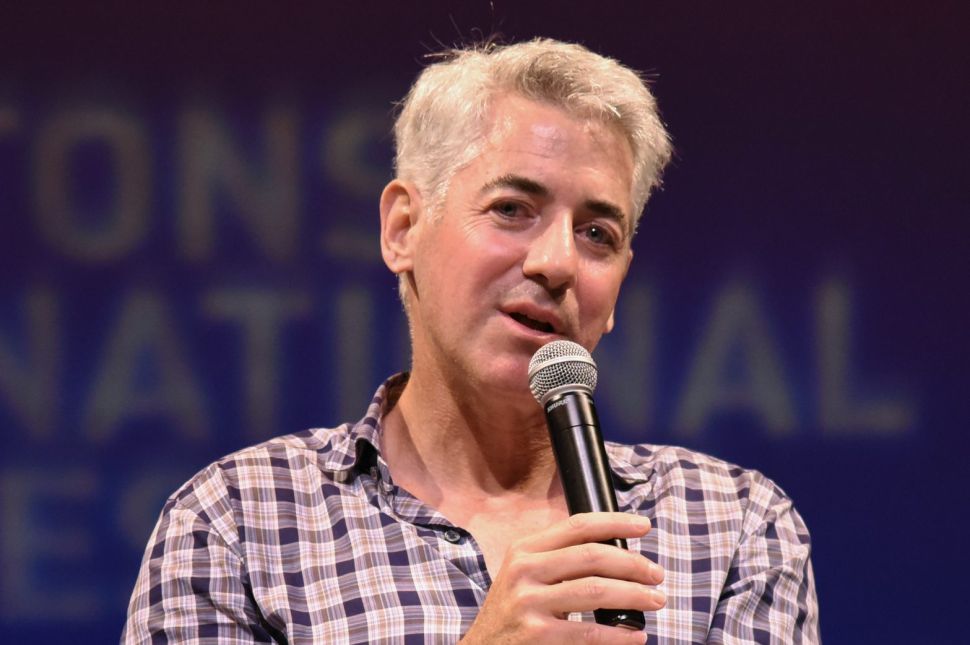