Mayor Bill de Blasio and First Lady Chirlane McCray had an adjusted gross income of $223,449 in 2017, according to their tax return released by the mayor’s office late Tuesday afternoon.

That figure includes $220,188 for total wages, salaries and tips; $33 for tax-exempt interest; and $3,228 for taxable refunds, credits or offsets of state and local income taxes, according to the tax return, which de Blasio and McCray filed jointly.

And they gave $350 in gifts to charity—a number that has gone down compared to the previous year, when they gave $2,088.

“The mayor is not a rich man,” Austin Finan, a spokesman for the de Blasio, said in a statement provided to Observer. “He and the First Lady help their son pay tuition to one of the most expensive schools in the country.”

De Blasio’s occupation is listed as “elected official,” while McCray’s is listed as “writer.” McCray is the chairwoman of the Mayor’s Fund to Advance New York City—a not-for-profit organization that manages public-private partnerships throughout the city. It is a voluntary position for which she is not paid.

De Blasio and McCray’s son, Dante, who attends Yale University, is listed as a dependent. They reported $51,400 in qualified college tuition expenses. In 2016, their daughter, Chiara, graduated from Santa Clara University.

The deadline to file taxes is April 17. 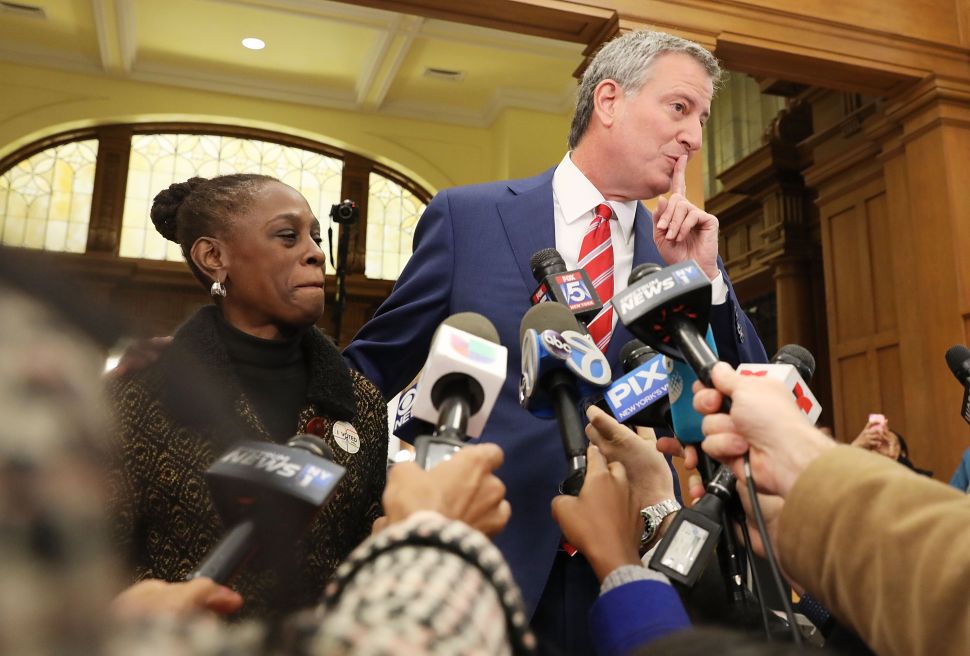