What do Jeff Bezos, Michael Bloomberg, Bill Gates and the great-nephew of Walt Disney have in common? A pursuit to live longer, according to their recent spending pattern.

A number of the world’s best known billionaires have been putting their personal wealth into biotech startups that work to discover the elixir of life, noticed Family Capital, a British publication that tracks the movement of family businesses globally.

Ultra-rich individuals often employ a team of professional money managers to take care of their personal wealth through what’s called a family office. Over time, the function of family offices has evolved a long way from handling basic taxes to buying financial products to investing directly in startups, an area that’s increasingly appealing to billionaires in recent years.

However, in the world of startups where structured information is constantly lacking, determining which industries and companies are worth betting on can be a very arbitrary process. To the ultra-wealthy, many of whom are entrepreneurs themselves, the decision often comes down to what they know and personally care about.

Biotech comes as a natural fit to many.

According to Family Capital’s estimate, about 20 percent of startup investing done by family offices goes into either biotech or related industries.

“That realization that things are beginning to increasingly move in the direction of old age often leads individuals to try to at least slow down the aging process,” Family Capital wrote. “If you’re very rich, apart from staying fit and eating a healthy diet, a way of trying to prolong one’s age is to invest in new medications that might just increase one’s life—and also make a lot of money in the process.”

To be sure, biotech has proven to be a highly promising industry and a favorite of not just the likes of Bezos and Gates but venture capitalists at large. According to PitchBook data, the amount of VC funding into biotech companies has risen every single year since 2010. The total funding in 2017 tripled that of 2010.

Here is a list of six well-known billionaires who have invested in biotech in the last two years:

Richard Branson, 67, founder of Virgin Group and chairman of Virgin Hyperloop One, participated in a funding round this month for Doctor On Demand, an app aiming to connect patients with the best healthcare experts.

Last year, Bill Gates, 62, participated in a $275 million funding round through his family office, Cascade Investment, for Gikgo Bioworks, a company that designs custom microbes that could someday be used to build living things out of nothing.

Tim Disney, the great-nephew of Walt Disney, and Andrew Russell, 56, the Duke of Bedford and one of the richest British aristocrats, partnered in an $8 million deal this year to back a company called Skyhawk Therapeutics. The company is in search of cures for cancer and neurological disease.

In 2016, Jeff Bezos, 54, among his many ventures, invested over $100 million in a company called Unity Biotechnology through his personal investment firm, Bezos Expeditions. Unity Biotechnology specifically tackles the problem of aging by “developing medicines that potentially halt, slow or reverse age-associated diseases, while restoring human health,” according to its website.

Peter Thiel, the youngest of the bunch (he just turned 50), last year co-led a $10 million investment round into ChemomAb, an Israel-based biopharmaceutical company specializing in the development of the cure for immune system disorders. 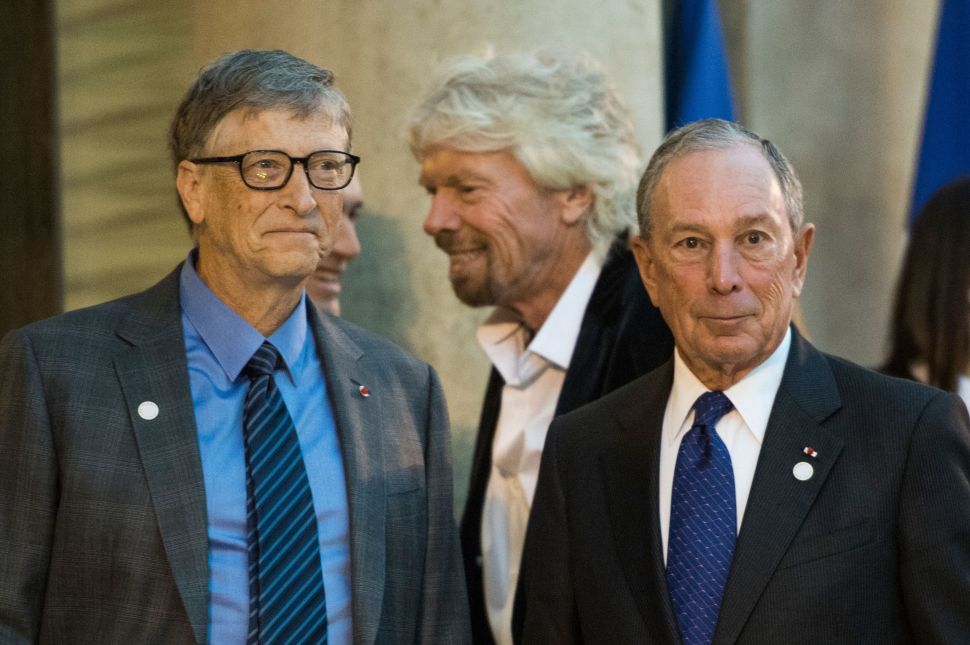