The Senate Ethics Committee “severely admonished” Sen. Bob Menendez on Thursday for accepting gifts from a wealthy donor while advancing the donor’s personal and business interests.

In a public letter to Menendez, the committee ordered the New Jersey Democrat to repay the market value of all the impermissible gifts he has not already repaid.

The admonishment comes as Menendez seeks reelection in November after surviving a corruption trial over the same actions. That case ended in a mistrial last year after a jury deadlocked on all charges against Menendez and the donor, Florida eye doctor Salomon Melgen.

“The Committee has found that over a six-year period you knowingly and repeatedly accepted gifts of significant value from Dr. Melgen without obtaining required Committee approval and that you failed to publicly disclose certain gifts as required by Senate rule and federal law,” said the letter, which was signed by the three Democrats and three Republicans on the committee. “Additionally, while accepting these gifts, you used your position as a member of the Senate to advance Dr. Melgen’s personal and business interests. The Committee has determined that this conduct violated Senate rules, federal law and applicable standards of conduct.”

Marc Elias, counsel to Menendez, said in a statement that the senator is glad the Ethics Committee’s inquiry is over.

“As those who followed the nearly 11-week trial know, many of the findings in the letter were not only contradicted by the presiding judge, but the proceedings clearly demonstrated there was no violation of any law,” Elias said. “That was further underscored when the Department of Justice dropped its baseless charges in January.”

Menendez was indicted in April 2015 on charges that he took official actions to benefit Melgen in exchange for gifts, trips and campaign contributions. Prosecutors also charged Menendez with intentionally omitting Melgen’s gifts from his Senate financial disclosure forms.

After a two-and-a-half-month trial, a jury was unable to reach a unanimous verdict on any of the charges, and federal prosecutors later dropped the case. Lawyers for Menendez had argued the senator’s actions helping Melgen stemmed from a close friendship, not a corrupt bribery agreement.

“Notably, you have not disputed the fact that you accepted numerous gifts from Dr. Melgen and took official actions related to his interests,” the Ethics Committee wrote in its letter to Menendez. “Further, your decision to accept and your failure to disclose numerous gifts while simultaneously using your Senate office in furtherance of Dr. Melgen’s interests created, at a minimum, the appearance of impropriety.”

Despite the ethical cloud hanging over him, Menendez is in a strong position to win his reelection bid. A recent Monmouth University poll gave Menendez a 21-point lead over his likely Republican opponent, former pharmaceutical executive Bob Hugin.

Hugin, who is willing to spend millions of dollars of his own money on the race, can now run ads noting a Senate committee concluded Menendez broke federal law.

“Both Democrats and Republicans that make up the bipartisan Senate Ethics Committee have found that Senator Bob Menendez violated federal law and ethics rules,” Hugin said in a statement. “He is an embarrassment to our state, and it is time for him to resign.” 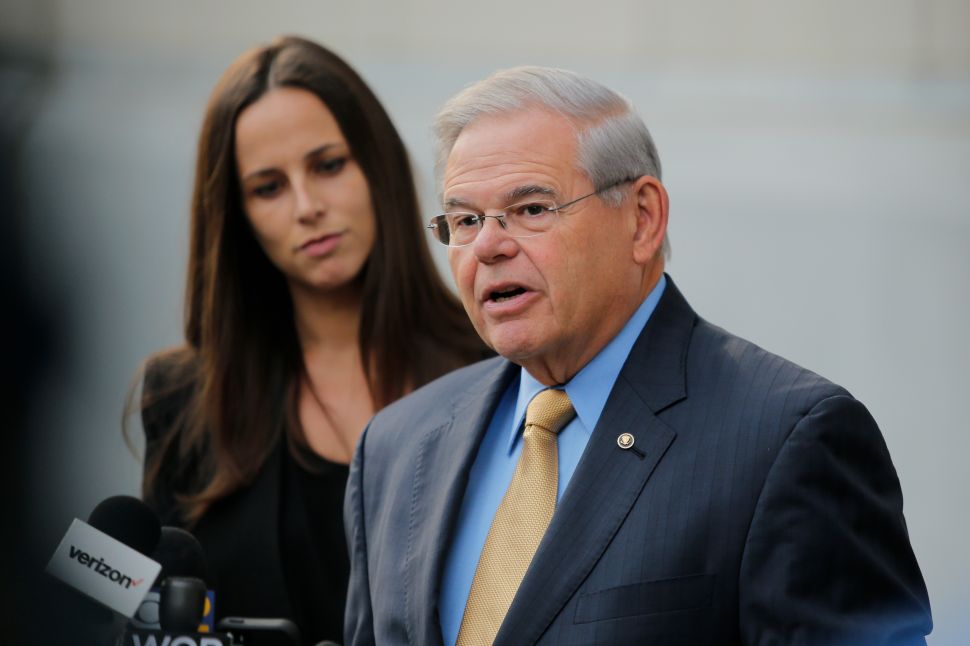