When the histories of Cold War 2.0 are written, the attempted assassination of Sergei Skripal on March 4 of this year will appear as a turning point. With that act of madcap aggression, unleashing a military-grade nerve agent in a provincial English city, the Kremlin made its lawlessness plain to see. No longer was President Vladimir Putin making any effort to hide his regime’s gangster nature. With the failed hit on Skripal and his daughter, both of whom nearly died, Moscow signaled to the world that it could do whatever it liked.

There is a happy ending of sorts. Today, after five weeks in the hospital, much of it in intensive care, 33-year-old Yulia Skripal was released to continue her recovery at an undisclosed location. Better yet, reports indicate that her father, who was not expected to recover, in fact is doing so at a faster rate than anticipated. Word in intelligence circles is that the Skripals will be sent to the United States under assumed identities to live out the rest of their lives where the Kremlin can’t find them. One hopes they are luckier than Mikhail Lesin.

It remains mysterious why the Kremlin decided to murder a 66-year-old former Russian military intelligence officer (and mole for British intelligence) who had been traded to Britain in 2010, giving no appearance of having much to do with espionage anymore. Skripal eschewed the lights of London for the quieter—and, he thought, safer—English countryside. Rumors that Skripal became a target by getting involved in an investigation of Cambridge Analytica, the seedy big-data firm that has gotten itself in hot over our 2016 election, remain tantalizingly unconfirmed.

It’s even more mysterious why the Kremlin chose such an unsubtle killing method as Novichok, a nerve agent invented by the Soviet Union in the 1980s—to say nothing of the assassins placing the lethal poison in a public place (reportedly on Skripal’s door handle) in the middle of Salisbury. Even for the Putin regime, which has previously used obscure poisons and radioactive agents to assassinate its exiled opponents in Britain, the Skripal hit was extraordinary in its murderous cheek.

It didn’t take long for the British government to assess that Novichok had been used, which was tantamount to the Kremlin leaving a calling card at the crime scene. To Moscow’s unpleasant surprise, the government of Prime Minister Theresa May suddenly grew a backbone, calling out the Kremlin for its shockingly aggressive act in Salisbury. To Putin’s astonishment, May was able to get the backing of the European Union and even President Donald Trump, whose normal Putinphilia was put on temporary hold as the United States joined in the unprecedented expulsions of Russian “diplomats” in Western countries. By declaring 60 Russian spies personae non gratae and closing Moscow’s consulate in Seattle, Washington sent an indelible message.

True to form, the Kremlin reacted with hysterical denunciations of Britain and the West. Its usual propaganda outlets, such as RT and Sputnik, went into overdrive. Moscow’s position has veered among myriad ridiculous conspiracy theories—the attempted assassination was a British “false flag” operation and/or it was really an American plot to abduct the Skripals—but the Kremlin’s core position, that poor, innocent Russia is the victim of sinister Western malfeasance, has stood firm. As evidence of Moscow’s hand behind the failed hit has mounted, Russia’s official media coverage has grown increasingly shrill and mythical.

What’s significant, however, is that the sudden souring of relations with the West since March 4 clearly took the Kremlin wholly by surprise. After getting away with so many outrageous crimes in the West, especially in Britain, it seems not to have occurred to Putin and his Chekist retinue that there might be a limit, somewhere, to what London could tolerate.

With some shock, then, recently the Kremlin has conceded that we’re in Cold War 2.0, to use the term I coined just over four years ago after Putin stole Crimea. Last week, Sergei Naryshkin publicly accused the West of “unprecedented hypocrisy” in the Skripal case “to justify their hegemony.” He went on: “Countering the inexistent Russian threat has become fixation in Washington. It’s grown to such a scale and has acquired such silly features that we can speak about a return to the dark pages of the Cold War.” Since Naryshkin isn’t some obscure Moscow functionary, rather the head of Russia’s Foreign Intelligence Service, this is an official Kremlin pronouncement, finally, that Cold War 2.0 is upon us.

Central to Moscow’s disinformation about the Skripal hit is the notion that London and Washington are simply making things up to blame the blameless Russians for. How, after all, could Prime Minister May be so certain that the Kremlin was behind the attempted assassination, notwithstanding the use of a nerve-agent that could only have come from Russia?

To anyone versed in how high-level, high-stakes diplomacy operates in the real world, it’s obvious that London is in possession of solid intelligence to back up its claim of Kremlin culpability in the March 4 attack. Theresa May’s insistence that Russian intelligence is to blame for the attack on the Skripals is the tell that the Brits know something important behind the scenes, the sort of highly classified information that can’t be shared with the public. But what?

Finally, we may have an answer to that vital question. Yesterday, The Express, a British tabloid, reported a bombshell: British spies on Cyprus had intercepted a series of secret Kremlin messages that were related to the assassination:

On the day of the poisonings, March 4, one was sent from a location near Damascus in Syria to “an official” in Moscow including the phrase “the package has been delivered” and saying that two individuals had “made a successful egress.” This prompted a young Flight Lieutenant to recall a separate message that had been intercepted and discounted on the previous day.

Furthermore, according to The Express, the secret messages were forwarded to Britain, where Government Communications Headquarters (GCHQ, Britain’s NSA partner and equivalent) realized their significance and forwarded them to Prime Minister May. This explosive intelligence was also shared with the White House. Moreover, these top-secret intercepts were but one piece—albeit a crucial one—of the classified information London possesses about what happened in Salisbury.

So, to break this down, a British signals intelligence site in Cyprus intercepted a series of secret messages between Damascus and Moscow that seemed to indicate Russian foreknowledge and responsibility for what happened to Sergei and Yulia Skripal. But is any of this, well, true? Let’s discuss what we can confirm.

First, there really is a British SIGINT site in southern Cyprus, run by the British military for GCHQ, which currently goes by the euphemism Joint Service Signal Unit Cyprus. It has been there since the early days of the last Cold War, and over the last few decades it has provided a lot of useful intelligence for both GCHQ and NSA.

Second, thanks to its location, the Cyprus SIGINT site has good access to intelligence targets in the eastern Mediterranean, so its interception of Russian government communications—in this case, from one of Russia’s many spy bases around Damascus—is inherently plausible. Indeed, this is exactly the sort of high-value intelligence that Western SIGINT services look out for. Moreover, it’s very common in the espionage trade to intercept information, the importance of which only becomes clear a day or two after.

Therefore, we can conclude that The Express story has a ring of truth to it, and several friends inside the Five Eyes intelligence alliance have confirmed to me that it is true. There are also hints that other Western intelligence agencies intercepted Russian communications relevant to the Skripal hit, and those, likewise, have been shared with London and Washington.

British codebreakers are highly skilled, and this would hardly be the first time that London’s spies intercepted hush-hush foreign communications that changed the world. Back in early 1917, Royal Navy codebreakers got their hands on a bombshell secret German diplomatic cable—it would go down in history as the Zimmermann Telegram—which got the United States into the First World War and altered the course of history. These more recent Cyprus intercepts may prove less earth-shaking, though the Kremlin’s official admission that we’re in Cold War 2.0 surely looms as a major historical event. Yet again, SIGINT has demonstrated why it has been the world’s most valuable intelligence source for more than a century. 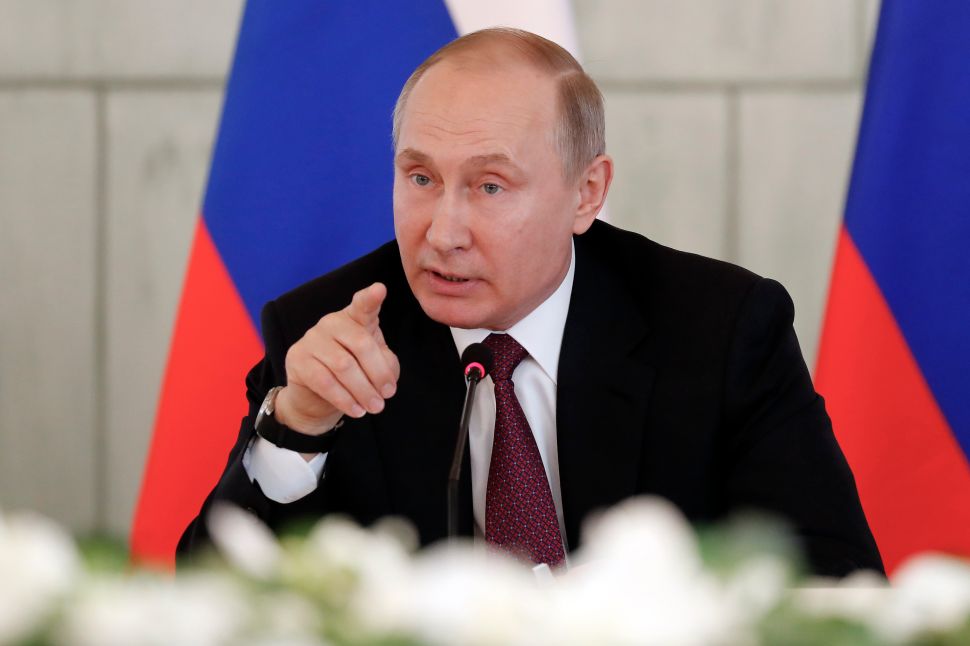