California’s housing shortage, primarily in the tech-centric San Francisco Bay Area, is believed to have contributed to the area’s skyrocketing home prices and an exodus of its top talent.

A new study by an urban planning industry coalition quantified the shortage for the first time: The Golden State has built 3.4 million too few homes between 2000 and 2015 to keep up with the area’s economic growth.

That’s nearly equal to the total housing shortage in the rest of the country combined, according to the study conducted by Up for Growth National Coalition, a cross-industry advocate group aiming to address urban planning issues. The study was first reported by The Wall Street Journal.

Over the 15-year period, the country should have built 7.3 million homes, or 5 percent of the current total housing inventory, to keep up with the growth in population and jobs over the time period, the study found. A majority of the shortage is concentrated in coastal areas and sunbelt states.

In particular, the alarming shortage in California is a result of the state’s complex environmental and land-use regulations, which date back to the 1970s, and a lack of political incentives to rewrite outdated rules to boost new home construction.

“There is no coordinated regional policy to push housing production to match job growth,” said Kim-Mai Cutler, a partner at Initialized Capital, a San Francisco-based venture capital fund, and a columnist for TechCrunch.

“There are a number of reasons behind California’s significant housing challenges, but the primary drivers are the uncertain approval processes and zoning restrictions that favor single-family homes over more dense, transit-oriented communities,” Mike Kingsella, executive director of Up for Growth National Coalition, told Observer. “Such requirements make it nearly impossible to build the type of walkable and vibrant communities required—and frankly, desired—in rapidly growing job centers in California.”

San Francisco, for example, has zoning laws that limit residential buildings to no taller than 40 feet, or four stories. (In some “sunset zones,” buildings are subject to stricter rules that require their height not to cast a shadow on any city parks or public squares for more than an hour after sunrise or an hour before sunset.)

“It’s in the interest of individual municipal governments, which are all facing long-term structural liabilities like unfunded pension obligations and retirement health benefits, to continue to approve office spaces over housing, because it’s a net tax revenue generator,” Cutler told Observer.

“As an elected leader, you get to bump your tax collection upward [by favoring office spaces over residential housing] but don’t have to convince your constituents to pay for schools or services for additional residents,” she explained. “The existing voting constituents, many of whom are homeowners in the suburban jurisdictions, also like to see their property values—often the most significant part of their net worth—protected or enhanced.”

On top of that, California’s tax law encourage homeowners to hold on to their properties rather than putting them on the market, which exacerbate the housing shortage.

Unlike most states in the U.S., homeowners in California pay property taxes based on what they originally paid for their homes rather than a home’s current market value. As a result, due to the dramatic increase in property values in recent years, selling off a current home and moving to a new one means a significant rise in property tax for homeowners.

“A tax assessment can also be passed down to children, so one could pass a home valued at $2 million to $3 million in present value but only pays 1981-era tax rates to their kids,” Cutler said. “So basically, very few people sell their homes in California and the state only builds a fraction of what it needs to match existing population growth,” 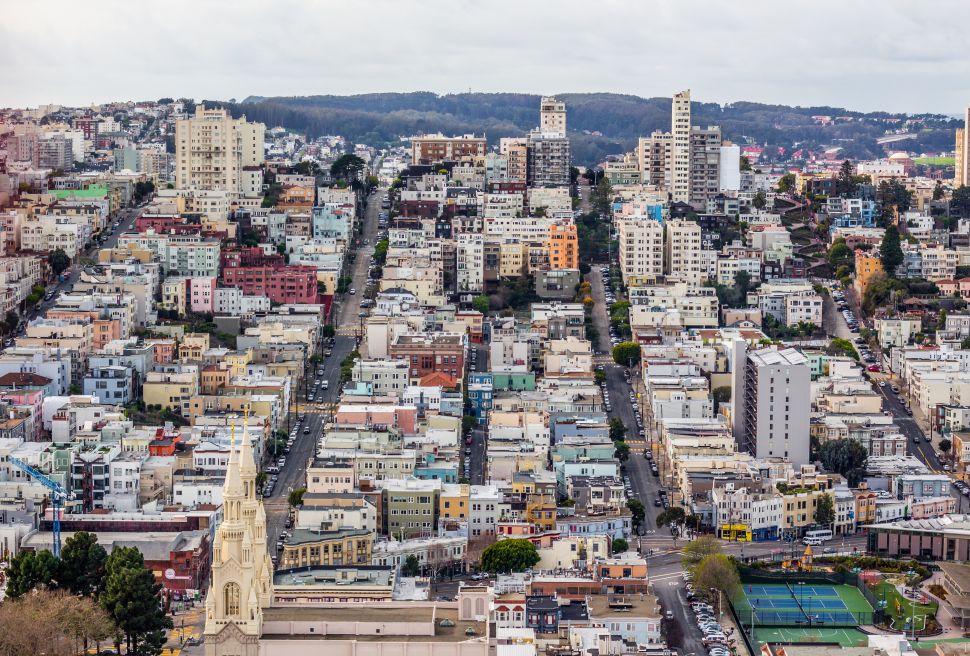