For years, Huawei and ZTE, China’s two largest telecom equipment makers which generate over $100 billion in annual sales combined, have dominated the country’s telecom market from network infrastructure to smartphones to cloud service, largely thanks to the high-tech components they source from American companies like Qualcomm, Intel and Microsoft.

But their power became jeopardized this month after the U.S. government threatened to cut ties with them.

On April 16, ZTE was hit with a sudden notice from the U.S. Commerce Department to bar U.S. companies from doing business with it for seven years as a punishment for not enforcing a settlement ZTE had reached with the U.S. government in March 2017.

In 2016, ZTE was found to have violated U.S. sanctions by shipping telecom equipment to Iran and North Korea. ZTE admitted to the wrongdoing at the time and, after months of negotiations, reached an agreement with the U.S. government to pay $1.2 billion in fines ($300 million of which could be waived provided that ZTE didn’t commit new violations within seven years), fire four of ZTE’s top executives and impose penalties on 35 employees involved in the violation.

But last month, the Commerce Department claimed that ZTE had been lying about ousting four executives and punishing involved employees, which the department argued was the reason for the supply ban.

Separately, last Wednesday, Reuters revealed that the U.S. Justice Department had been investigating Huawei, ZTE’s largest rival in China, on Iran sanction violations since at least 2016.

Suspicions on Huawei first emerged in 2016 as ZTE mentioned in documents submitted to the Commerce Department that a primary rival, referred to as “F7,” was also shipping components to Iran.

The description of “F7” bears striking similarities to Huawei, a few media outlets noticed, which prompted a group of Republican lawmakers to urge the Justice Department to publicly identify the identity of “F7” and launch an official investigation in April 2017.

Both ZTE and Huawei sell smartphones in the U.S.

Earlier this year, Huawei almost sealed a partnership with AT&T to launch its latest smartphone (named the “best smartphone at CES” this year) in the U.S. market. AT&T dropped out the deal at the last minute reportedly due to political pressure from Washington. A few high-profile government officials even openly advised Americans against using Huawei smartphones at a senate hearing in February, citing concerns over the companies unverified ties to the Chinese government.

On the same day the ZTE supply ban was made public, ZTE suspended its stock trading on Shenzhen Stock Exchange. Following last Wednesday’s news, several of Huawei’s key suppliers saw their share prices plummet up to 20 percent. (Huawei is a private company, so immediate financial impact is unknown.)

The impact was also felt on the U.S. side.

Qualcomm, which supplies smartphone chips to ZTE, saw share price fall by 10 percent in the days following the supply ban. Shares of Acacia, a major optic component supplier to ZTE, tumbled by 35 percent in one day.

A number of Chinese media outlets interpreted the crisis as a wakeup call for China’s tech companies to invest in core technology development at home. According to Chinese tech news site PC841, ZTE sources about 30 percent of its components from the U.S. Without Qualcomm chips, ZTE would basically lose the ability to manufacture smartphones.

Last Wednesday, ZTE told its major U.S. suppliers in a conference call that the Commerce Department ban was part of the Trump administration’s trade agenda against China, a source familiar with the situation told Reuters. 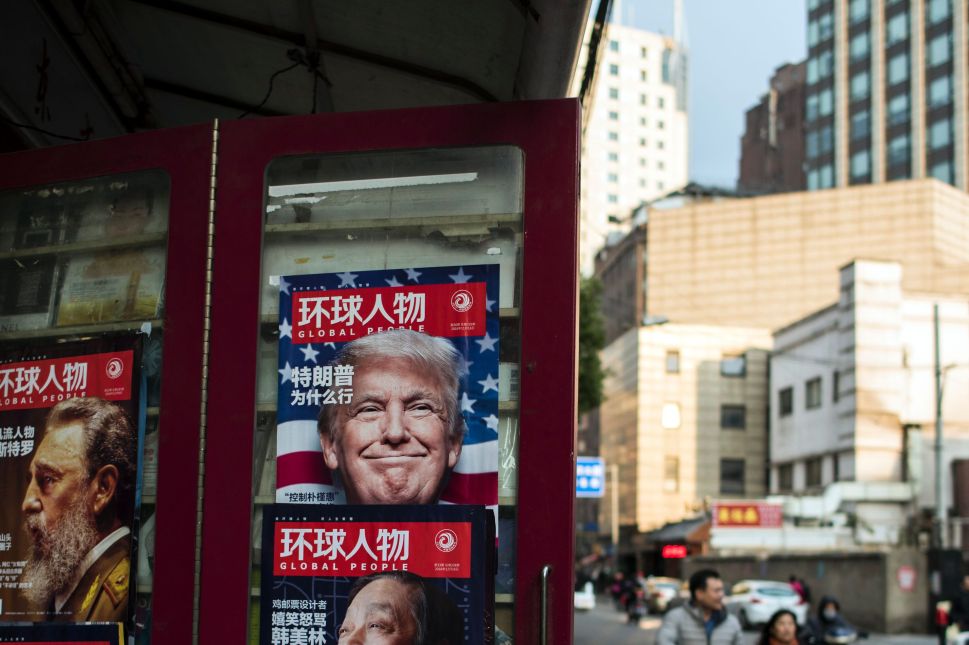