Journalism has a billionaire problem.

In recent years, wealthy moguls with an axe to grind have taken it upon themselves to shut down news sites. Gawker is gone thanks to Peter Thiel, and Joe Ricketts gutted DNAinfo and Gothamist after the newsrooms unionized.

But a new platform is protecting journalists from these powerful potentates, with help from blockchain technology.

Civil is a newsroom network which will officially launch this spring. The sites under its umbrella will focus on local, investigative, policy and international journalism.

“Those are four of the most underserved markets after two decades of mass media consolidation,” Civil co-founder and communications lead Matt Coolidge told Observer.

Civil’s network currently consists of six newsrooms with 50 full-time journalists. Coolidge said that by the official launch, the platform will be comprised of 15 newsrooms and over 100 reporters.

All Civil newsrooms will be decentralized—each outlet will retain full editorial and business autonomy. Editors will determine each site’s individual business model, such as a monthly subscription or small payment per article.

“There’s not going to be any ‘one size fits all’ system,” Coolidge said. “That makes it much more about the journalist-reader relationship.”

As such, Civil sites won’t feature ads at launch. That could change as the platform continues to develop.

What really sets Civil apart, however, is its use of the Ethereum blockchain. Civil sites are powered by ConsenSys, a leading developer of Ethereum-powered web ventures (ConsenSys also invested $5 million of capital in Civil).

While many types of digital currencies and blockchains have been developed, Ethereum is notable for its use of smart contracts. Such contracts leave a digital record of every transaction—these records are then stored on Ethereum.

In the case of Civil, the “transactions” are news stories. Every post on a Civil site will be permanently archived and recorded on the Ethereum blockchain so the text can never be deleted.

“There’s no single point of failure,” Coolidge said. “No actor or oligarchy can make a decision against community consensus.”

That’s a huge benefit for the newsrooms on Civil. One of the first sites on the platform is Popula, an alt-weekly which features 40 freelancers spread around the world. These journalists report on business, politics and culture news in their communities.

“We wanted to show that the world is bigger than you thought before,” Popula editor Maria Bustillos told Observer. “This was the best thing not in the media landscape.”

A longtime fan of cryptocurrency, Bustillos said she was attracted to Civil’s use of Ethereum as a protection against bad actors.

“The idea that it would be possible for one person who doesn’t like what’s written about him to remove an entire publication from public view was really disturbing,” she said. “Blockchain’s incorruptible record keeping addresses that.”

“We’re not beholden to anyone other than the readership,” he told Observer. “That’s a much more attractive proposition than being at the whim of one person.”

Indeed, readers will be able to directly fund Civil newsrooms. They can pay with fiat currency or credit card via Stripe–Coolidge said a Bitcoin payment option will also be available.

These stakeholders will then receive Civil tokens which give them a stake in how the company is run (an initial coin offering for the tokens is in the works). Every time a new outlet applies to join Civil, token holders can vote on whether to allow them in.

Any shareholder who is against a newsroom’s inclusion on Civil can stake their tokens on the decision. If the majority agrees with the dissenter, he or she keeps half of the tokens and the rest are proportionally distributed to the other members of the winning side.

If the majority disagrees, however, the voter loses the tokens, which are evenly distributed among stakeholders  in the winning group.

“It pioneers a new payment model for the industry,” Bustillos said.

“This token makes paying for journalism more flexible,” Siegelbaum added. “It gives us more of a chance to experiment and see what may work.”

There are also other use cases for Civil’s technology. Bustillos pointed out that it could be used to make people pay a certain amount in order to comment on stories. Such a system would theoretically dissuade bad actors like Cambridge Analytica from swamping a site’s comments section.

But this technology is all in the service of good reporting. Several Civil sites are already publishing content on Medium. They also hope to partner with outside newsrooms on impactful stories that reduce the internet’s dependence on clickbait.

“It’s better to go to a school board meeting than write three articles about Kardashians eating ice cream,” Coolidge said. 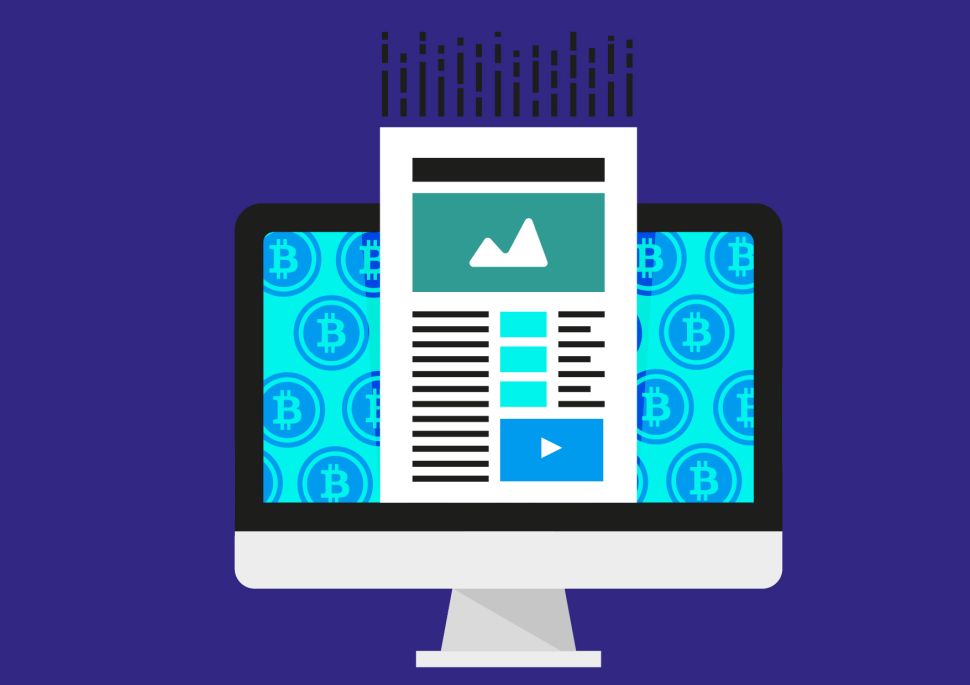