Facebook has gotten almost a third of the world’s population connected. And now, it has taken on the impossible job of policing what people can and cannot do in this giant “community.” In a sense, Facebook’s content policy affects more lives than the First Amendment (which only governs the 300 million people in the U.S.).

After months of public scrutiny over its handling of ads and user content, on Tuesday, Facebook made its full content guidelines public for the first time ever.

“We decided to publish these internal guidelines for two reasons. First, the guidelines will help people understand where we draw the line on nuanced issues. Second, providing these details makes it easier for everyone, including experts in different fields, to give us feedback so that we can improve the guidelines—and the decisions we make—over time,” Monika Bickert, Facebook’s head of global content policy, said in a company blog post.

The content guidelines, which were carefully drafted by Facebook employees in 11 offices globally with the help from academics, lawyers and non-governmental organizations, lay out standards for 22 categories of content, ranging from hate speech to violent content to fake news, just to name a few.

Yet, Facebook makes exceptions under certain circumstances. And you’d better be prepared to see some of the following content pop up on your news feed.

Live Videos of Suicide or Self-Harm

To promote a safe environment, Facebook generally removes any self-harm content that it deems as encouragement for others to do the same.

However, if someone is live streaming a suicide, Facebook will not remove the video to make sure there’s an opportunity for authorities, or people who know the person, to help out.

Under its bullying section, Facebook says that it bans content that purposefully targets individuals with the intention to degrade or shame them. Unfortunately, though, this rule doesn’t apply to famous people or public officials.

“We want to allow discourse, which often includes critical discussion of people who are featured in the news or who have a large public audience,” the company said.

This distinction is similar to how the First Amendment places a heavier burden of proof on highly famous people in libel cases. Compared with private citizens, public figures need to meet a more stringent standard (actual malice) to prove damages in a libel lawsuit. In the extremely rare case, a person could be considered “libel-proof,” when no public words can materially harm his/her reputation.

Hate speech, which Facebook defines as a direct attack on people based on race, religion, sexual orientation and other categories protected by law, is not allowed. But distributing other people’s hate speech is OK—if the purpose is to raise awareness or, in Facebook’s words, “used self-referentially or in an empowering way.”

“But we expect people to clearly indicate their intent, which helps us better understand why they shared it. Where the intention is unclear, we may remove the content,” Facebook warned.

Graphic violence is not allowed on Facebook in general. But if a picture of someone slitting his throat or setting himself on fire is relevant in a medical setting or a political cause, Facebook is fine with it.

However, there will be a warning screen before such images or videos show up. Facebook also limits the ability to view this type of content to people aged 18 or older.

Images of a Public Figure Photoshopped With a Nude Butt

Inconspicuously buried in Facebook’s verbose guidelines on dealing with adult nudity and sexual content is a line that reads: “Do not post images of real nude adults, where nudity is defined as [among other things] visible anus and/or fully nude close-ups of buttocks unless photoshopped on a public figure.”

While the display of sexual content is not welcome because “some people in our community may be sensitive to this type of content,” Facebook tolerates digitally created images in this category, as long as they serve the purpose of education, humor or satire. Paintings, sculptures and other art forms that depict nude figures are also allowed. 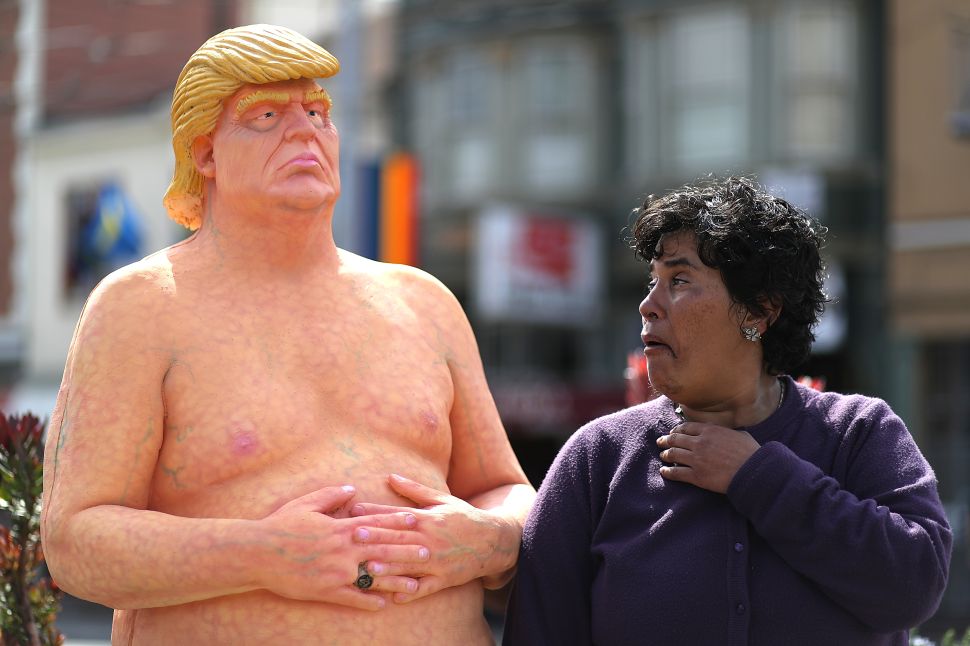