In her 1971 landmark essay, “Why Have there Been No Great Women Artists,” art historian Linda Nochlin concisely outlined the long-held patriarchal power structures that have allowed the contributions of female artists to be eclipsed from history. “The fault lies not in our stars, our hormones, our menstrual cycles, or our empty internal spaces,” she wrote, “but in our institutions and education…”

Nearly 40 years have passed since this seminal work of feminist art history was published, and while there’s certainly been a social push to raise awareness of gender equity in the arts and promote working women artists, many brick-and-mortar institutions have been slow in righting the balance. But digital platforms are increasingly proving instrumental where traditional institutions can’t get up to speed fast enough.

Consider a recent initiative started by The Feminist Institute (T.F.I.), a nascent online repository for work from well-known feminist-identified individuals hailing from multiple disciplines launching at New York’s Hunter College. In March, the institute digitally archived every last inch of legendary artist Mary Beth Edelson’s Soho studio. The founder of the Guerilla Girls art collective (started in the 1980s and infamous for their revelatory ads that showcased the shocking discrimination stats of women in the arts and interventionist performances at museums staged in gorilla masks), Edelson, now 85, is considered a pioneer of feminist art. Her studio, filled with over 25,000 protest posters, wall drawings, correspondence, artworks and other ephemera was about to be dismantled when T.F.I. stepped in.

“We want to work with these pioneers while they’re still with us to make sure they have a say in how their legacy is presented,” Kathleen Landy, founder and president of T.F.I., told Observer. “What we’re trying to do is find equitization through digitization.” Part of what the organization seeks to do long-term is to contextualize work created by women for a new generation precisely because, as Nochlin pointed out in her essay, educational institutions like museums and university archives have historically skewed male-heavy in their collections. Recent studies have found that work by female artists makes up only three to five percent of major permanent collections in the U.S. and roughly just five percent of works on museum walls are by women. “We want to rectify some of the inequities we see in institutions and how they present and preserve work,” added Landy, who noted that some of the bureaucracy inherent to large institutions can be prohibitive in reflecting the push for parity efficiently.

While red tape and paperwork may well be part of the problem, the overwhelming prevalence of white male directors in most major museums, as reported in a 2014 study conducted by the Association of Art Museum Directors (AAMD), may also play a significant role in the continuing dearth of diversity in collections and archives. With the recent high-profile and controversial loss of three female museum professionals in leadership positions who were all known for challenging the male board and directors at their respective institutions, it hardly seems like the tides will be turning as quickly as once hoped. As Helen Molesworth, one such figure who was fired by L.A.’s Museum of Contemporary Art director Phillipe Verne for “undermining the museum,” said in a 2016 interview “the only way to get diversity is to actually do it.”

Perhaps that’s why the #5womenartists social media campaign—started by Washington D.C.’s National Museum for Women in the Arts in 2016 to celebrate Women’s History Month—has proved such a simple but useful tool for museums seeking to elevate the work of women artists when institutional boards or directors don’t see it as a top priority. By tasking museum staff and visitors alike with the job of ferreting out works by female artists in major collections and posting them to social media with the designated hashtag, a decentralized online space opens up to showcase the contributions of women in the arts. This year, social media users found these artists in more than 625 organizations from six continents, including the Metropolitan Museum of Art; National Gallery, London; National Museum of African American History and Culture; Smithsonian Latino Center; Institute of American Indian Arts; Asian Art Museum; Arab American National Museum; Gallerie Uffizi; and Guggenheim Bilbao.

Increased visibility of female artists is a step in the right direction to righting the gender imbalance in the art world, but it’s also only part of the equation. The art market, too, is dominated by men, which means ladies might be getting seen but not paid. Although 51 percent of artists working in the U.S. are women, a 2017 Artnet report found that only 32 percent of artists represented by New York galleries are female. At auction, there’s a 47.6 percent disparity in price for their work when compared to their male counterparts. Even worse, last year’s “Glass Ceilings in the Art Market” report revealed that at the top 0.03 percent of the market—where 41 percent of industry revenues are concentrated—is entirely occupied by male artists.

That, however, is not the case for women artists selling their work at UGallery, a curated online art gallery started in 2006 that now represents about 500 artists from around the world. “We’ve known for a while that we have a strong stable of female artists,” director Alex Farkas told Observer. Roughly 55 percent of the site’s artists are female, and 35 of their top 50 selling artists (or 70 percent) are women. In fact, 57 percent of all work sold in 2016 was created by women and, to boot, the average sale price was 10 percent higher than men. Farkas said UGallery wasn’t necessarily seeking to promote more women artists than men. “This is the result of just supply and demand,” he explained.

Although the site was created to sell emerging artists’ work to young buyers, that wasn’t necessarily what was happening, as they found once U Gallery ran the stats. The average buyer is 40 to 65, and the average artist is 49 years old. “We found that it wasn’t the younger artists who were asking for help,” he said. Instead, it was the mid-career artist who had been working away in her studio for years, who may have had some shows and representation, but wasn’t selling enough through the traditional gallery model to sustain herself, which “actually isn’t surprising” when it comes to female artists, according to Farkas, given the barriers to entry women face on the art market and price discrepancies between work by men and women.

“Digital sale platforms like us offer some interesting opportunities that are just starting to reveal themselves after a few years,” said Farkas. “Digital tools offer an opportunity to reach so many more people without needing to fall back on traditional structures that have long excluded women. There have always been great female artists; there were just fewer opportunities to get their work out there.” 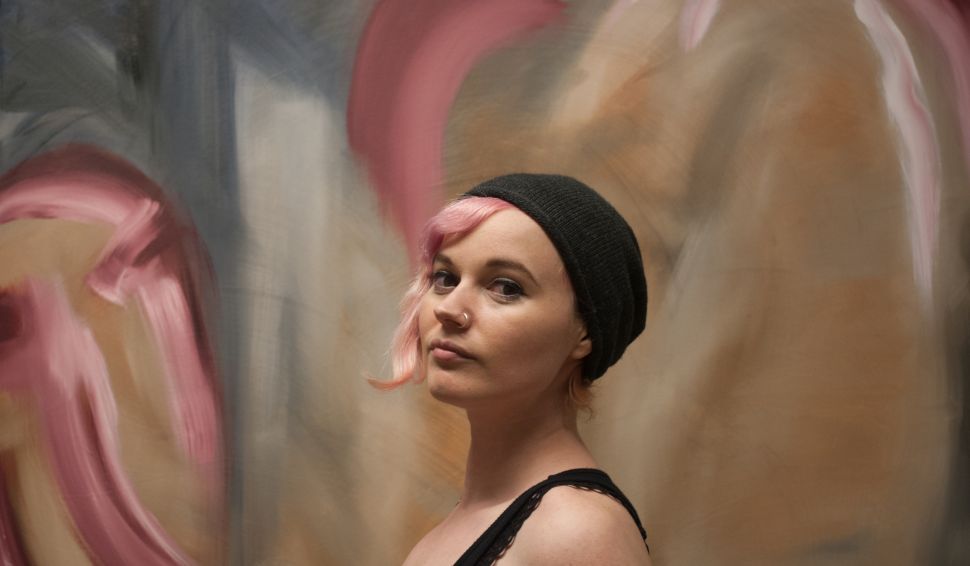