Sit down, John—there are more than enough of you.

According to a New York Times analysis, there are almost as many men named John in American leadership roles as there are women. Period.

This is despite the fact that women make up 50.8 percent of the U.S. population and 57 percent of college graduates, while Johns make up only 3.3 percent of those groups.

There are almost five million Johns in the United States—it’s the second most popular male name after James.

This data is part of the Times‘ Glass Ceiling Index, which launched in 2015 as a marker of gender equality (or lack thereof) in American industries. The latest batch of data was released today.

The most serious gender disparity occurs in executive boardrooms. Women make up 16 percent of board members among companies on the S&P 1500.

That’s less than the share of board seats held by men named John, Robert, James and William (or their more informal counterparts Jack, Bob, Jim and Bill).

Most companies put at least one woman on the board to show their firm is “diverse.” But few appoint more than one, and only one in 25 corporations has a female CEO.

American presidents also contribute to this naming disparity. There have been six Commanders in Chief named James, five named John and four named William—but, of course, no women.

While the Times analysis didn’t strictly focus on race, it included some sobering statistics on the topic. Of 500 top leaders in American culture, government, education and business, only 44 are minorities.

There are several reasons why women don’t rise to the top.

According to McKinsey, women are more likely to take breaks during their careers to raise children. They’re also less likely to be mentored by (mostly) white male executives, especially in the #MeToo era.

Women are also often criticized for acting assertive and ambitious, qualities men are praised for. And according to Harvard Business Review, females in the workplace also face much more discrimination if they don’t “get along with the boys.”

However, not all areas are in such dire shape. This year’s class of MacArthur “genius” grant recipients included nine women and no Johns. 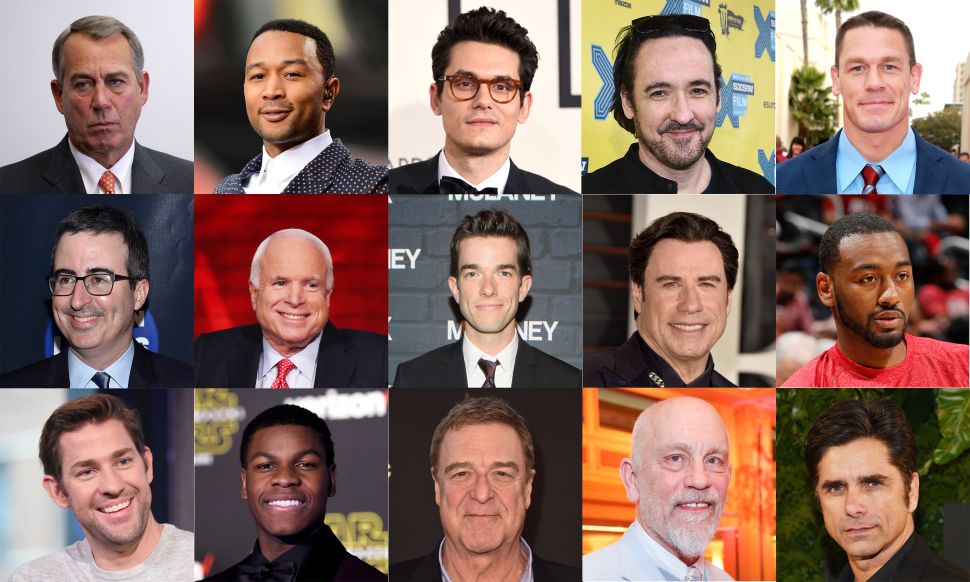