Last Friday, the Democratic National Committee (DNC) filed a lawsuit alleging that President Donald Trump’s campaign colluded with Wikileaks and the Russian government in 2016 to release emails that would hurt Hillary Clinton’s campaign.

Even without proof that such collusion occurred, the new cycle was commanded by the DNC’s lawsuit, which might not even survive a motion to dismiss. (Oh, hey, fundraising!) Also: the DNC had to file the lawsuit before Robert Mueller’s investigation concluded because the statute of limitations was about to expire. All of which is to say, it’s not the DNC’s fault they look stupid for putting the cart before the horse—they had to pull the trigger or miss their chance forever.

And it’s not just conservatives who see the stupidity of the DNC lawsuit. Democrats, too, are distancing themselves from the farce.

A spokesperson for Sen. Claire McCaskill, D-Mo., who is up for re-election in November, told Chuck Raasch of the St. Louis Post-Dispatch that the lawsuit was a “silly distraction.” Rep. Jackie Speier, D-Calif., told CNN’s Wolf Blitzer that she was “not very supportive” of the lawsuit and that it is “not in the interest of the American people.”

David Axelrod, who was a senior adviser to former President Barack Obama, said the “spectacularly ill-timed” lawsuit would help Trump portray the investigation “as a partisan vendetta.”

New York Magazine’s Yashar Ali said two major Democratic donors “expressed frustration” with the lawsuit to him, indicating that the lawsuit may result in financial consequences for Democrats.

But despite heading into the midterm elections with a double-digit advantage over Republicans on a generic congressional ballot, Democrats are lagging in fundraising—even though they’ve spent the past year ginning up outrage over Trump and his administration. In January, the DNC brought in $6 million, while the RNC raised $12.4 million. As of early April, the RNC had raised nearly twice as much as the DNC so far in 2018, and has four times as much cash on hand.

To be fair, Democrats may not need as much money; history shows midterms typically favor the party out of power. And Democrats are also at an advantage in the media, as coverage of Trump on non-Fox News networks has been almost universally negative.

So it doesn’t look like Democrats will have the landslide election win that they did in 2006 or that Republicans had in 2010.

That being said, if they even narrowly take back the House or the Senate, what will the narrative be, given their focus on Russian meddling? My guess is that they’ll claim the American people were so determined to stop Trump that they overpowered Russian interference. The leftist media may run with that, but it would be a laughable claim.

Because the party out of power usually succeeds during midterm elections, even a landslide victory would be difficult to label as an uprising against Russian interference. And, as the Left pointed out ad nauseam after the 2016 election, Clinton won the popular vote (just not in states where she really needed it). And, according to the Left, in the Blue states where she lost the popular vote (narrowly, remember), it was probably due more to her absence in the states and Trump’s promises to revitalize American manufacturing than Russian ads on Facebook.

But the lawsuit makes it seem like Democrats think they won’t do well in the midterms, so they’re laying down the groundwork to continue blaming Russia. I bet this will be their excuse for the foreseeable future; anytime they lose, they will say it’s because another country made it happen. They couldn’t possibly lose because the American people don’t find their policies appealing, oh no.

Maxwell Kennerly, an attorney who has been blogging about the DNC lawsuit, has written extensively on the problems with the filing. He noted last week that the committee may have a case against Russia—which would be difficult to follow through on even if the suit survives a motion to dismiss—but the evidence against the Trump campaign likely won’t hold. If Trump can’t be held liable for Russia’s meddling in our election, the Democrats’ case falls apart.

Ken White, a criminal defense lawyer Los Angeles, wrote about the specific absurdity of including a RICO claim in the lawsuit, calling the move “more bark than bite.” He also wrote that the lawsuit was “drafted in a way that will be unnecessarily easy to attack in court—which, of course, detracts from the public narrative.”

Kennerly suggested the DNC could ask the court to stay court proceedings until Robert Mueller’s investigation concludes. This might be their best option, although that’s sort of like asking the court to wait for them to hopefully find the evidence they want. But unless this happens, Democrats seem like they’re desperately trying to keep the Trump-Russia narrative alive because they can’t raise money, when the smarter strategy would have been to wait until the end of Mueller’s investigation and to try to enact change legislatively. 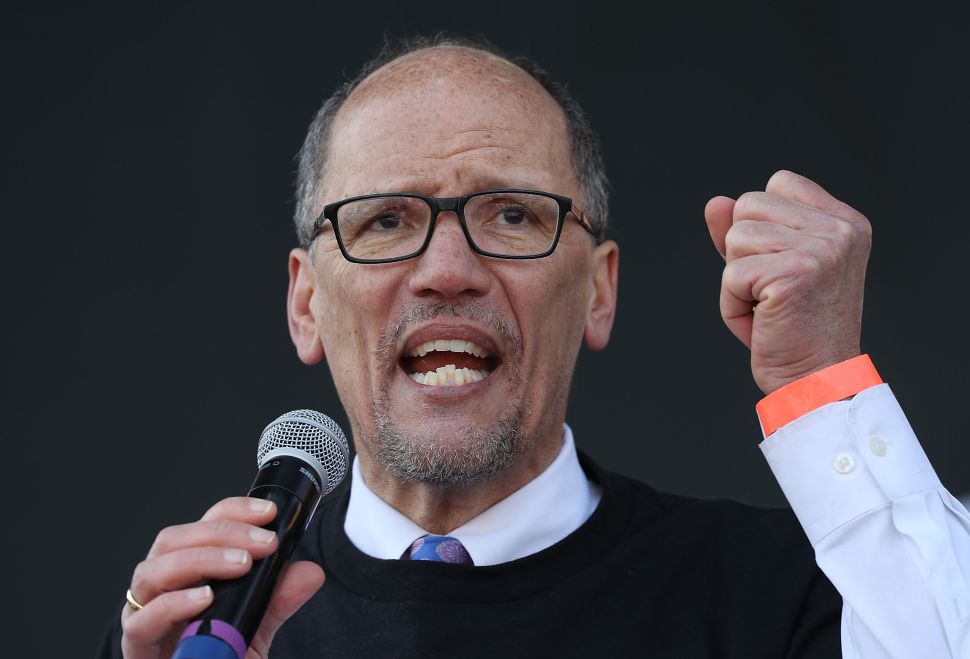