Fashion mogul Serge Azria isn’t giving up in his quest to sell a sleek Tribeca penthouse. Azria, the CEO and creative director for brands including Equipment and Joie, is trying to offload his apartment in one of the glitziest and most celeb-loved buildings in the neighborhood, also known as 443 Greenwich.

Azria was an early buyer in the building, and his purchase of the 3,471-square-foot duplex closed in February 2017 when he doled out $14.26 million for the unit. But he never actually resided in the three-bedroom, 3.5-bathroom condo, and promptly hoisted it back on the market for $17.3 million in August 2017 with Douglas Elliman. It appears he didn’t do a single renovation on the space before deciding to part with it.

Alas, Azria wasn’t able to locate a buyer willing to pay such a price and subsequently lowered his expectations with a discounted $15 million price tag. The apartment was then removed from the open market in mid-March 2018, but not for long. It reappeared later that month with a slightly adjusted $14.26 million ask, and a brokerage switch over to Patricia Lockridge and Paul Kolbusz at Corcoran.

The fashion executive is no stranger to the luxury real estate market. He owns at least three properties in Los Angeles, per Variety, including two homes in Malibu and an estate in Bel Air. Azria also reportedly scooped up another Tribeca penthouse, at 60 White Street, for around $9.4 million back in 2016.

At this Tribeca aerie, a private elevator provides access to both floors, both of which are equipped with the fancy, sleek details often associated with 443 Greenwich. The glossy open kitchen is fitted with Christopher Peacock-designed custom cabinetry, plus Calacatta marble countertops, island and a breakfast bar.

It opens into the great room, which is anchored by a five-foot gas fireplace. The master suite has two walk-in closets and a bathroom with marble walls and a soaking tub. Wide plank white oak floors and steel-wrapped columns can be found throughout.

A polished concrete staircase leads up to the second floor of the apartment, where the private roof terrace is located—it’s already decked out with an outdoor barbecue and kitchen.

Perhaps the price discount will help Azria find an interested party to take over the unit. Hopefully, it goes better than Mike Myers‘ failed try at the building, when the comedian accepted a $475,000 loss on his own apartment there.

The Greenwich Street building was lauded as “paparazzi-proof” upon construction, as it boasts discreet entry and exit via an underground garage and four separate elevator banks. It has certainly allured some famous residents, including Justin Timberlake and Jessica Biel, Blake Lively and Ryan Reynolds, Jennifer Lawrence, Harry Styles and Jake Gyllenhaal. 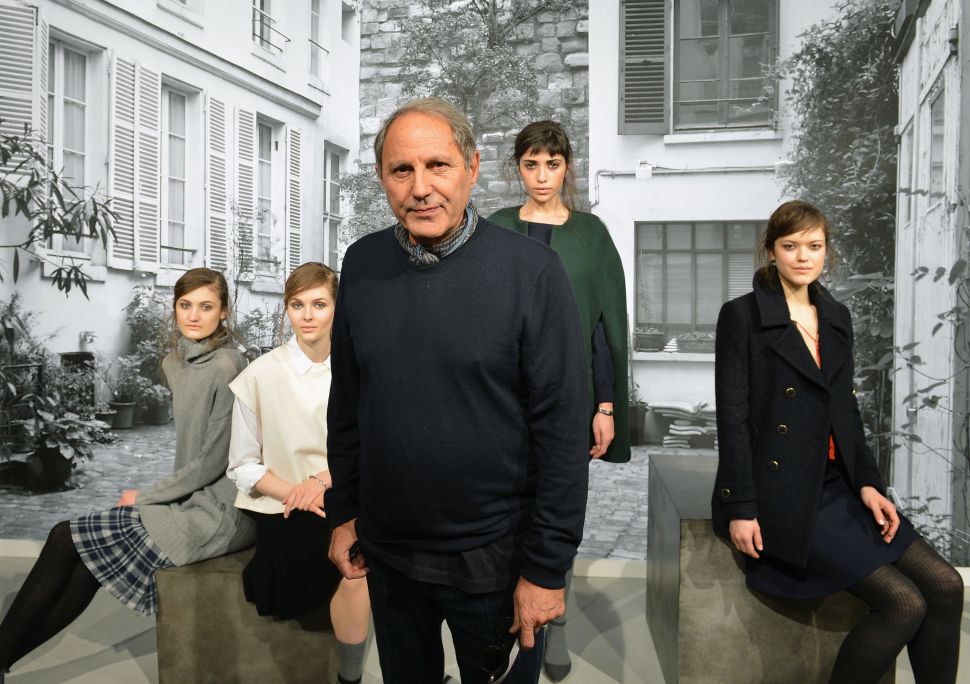