Fleetwood Mac bassist John McVie is officially finished with Hawaii. The musician, who is one of the founding members of the beloved band, just finalized the sale of his home in Honolulu, which he owned for over a decade.

McVie purchased the two-story house, which is located in the Diamond Head neighborhood, for $5 million in 2006. It was built in 1989 and was renovated 10 years later—McVie didn’t complete any additional updates during his ownership.

The five-bedroom, 5.5-bathroom home on the island of Oahu is within walking distance to Kapiolani Park and Waikiki beaches, per the listing held by Hawaii Life broker Patricia Choi. The site loudly announces that the owner of the home is the “legendary bassist and founding member of Grammy Award winning [sic] band Fleetwood Mac.” Which, in all fairness, is an accurate description.

After McVie first listed the home for sale in November 2017 for $6.25 million, we wondered if he was planning on purchasing another Hawaiian retreat. He has owned other homes in the state before—in fact, he sold his Maui house to his bandmate Mick Fleetwood around 2003. Alas, it turns out that McVie isn’t currently searching for a new abode in the Aloha State, as Choi told Observer he’s “spending less [time] in Hawaii.”

McVie was attracted to this particular property, which finally sold for $5.4 million, because it “was a quiet neighborhood on the slopes of Diamond Head, with a view of the ocean,” Choi said. She confirmed that the new owner is an architect who found both the layout and location to be appealing.

The 9,042-square-foot home sits on 0.43 acres, on a gated corner lot. It’s an indoor-outdoor living layout, with a double height living room that opens to the pool and courtyard, where there are multiple covered patios and a barbecue, plus sitting, lounging and entertaining areas.

The master suite has a walk-in closet and a private veranda, and, in true rock star fashion, there are wet bars on both levels of the home.

McVie has been on something of a real estate spree in the past year; he sold novelist Raymond Chandler’s former Brentwood home for its precise $2.995 million price tag in July 2017, just three months after he dropped $6.8 million on another home in the same neighborhood. It’s not far from Lindsey Buckingham‘s rebuilt mansion, which the Fleetwood Mac vocalist has been trying to offload since 2017.

However, one member of the band has no plans to abandon Hawaii anytime soon; Fleetwood owns not one, but two homes in Maui and has opened multiple businesses on the island. That includes Fleetwood’s General Store and a restaurant and bar, aptly dubbed Fleetwood’s on Front Street. 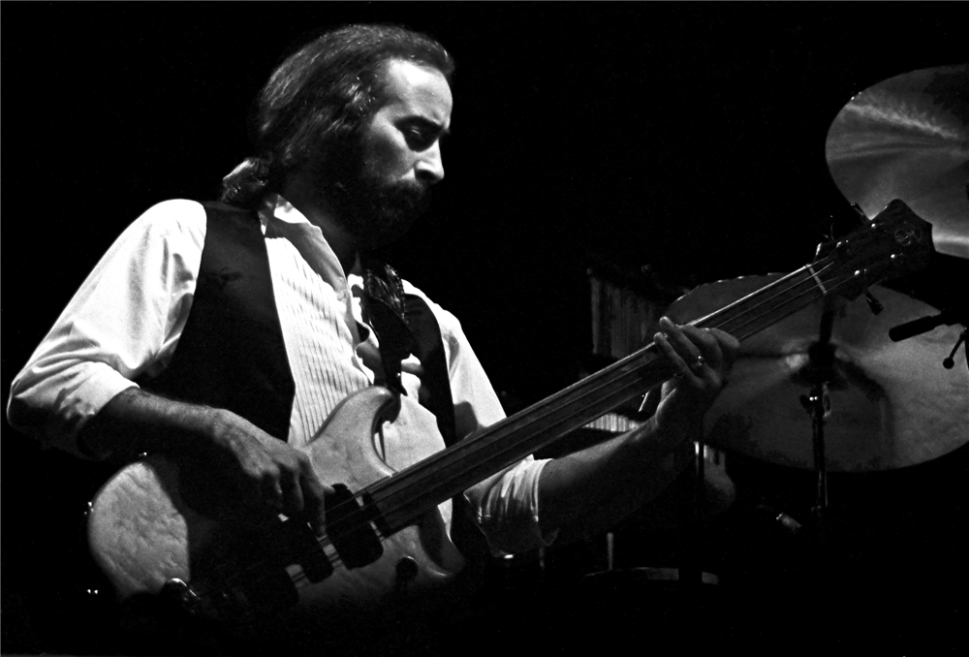