“Seriously?!” I said. We’d been together for nine years, and my birthday was just two weeks away. Try harder, said my side-eye.

He guessed the right date (on the second try), then confessed, “I don’t know the year.”

“I guess that means you’re not planning something special for my 40th birthday?” I asked.

My 35-year-old husband covered his gaping mouth. “OH, GOD!!” he cried, like he just realized he was sitting next to a corpse.

An hour later, still visibly shaken by my looming 40s, Al found me in our baby’s room and picked up where he left off.

“You didn’t tell me this was happening!!”

Was I supposed to?

“Clearly I’m having a hard time with this!!”

At least I’ve got that going for me.

As my husband went off his rocker, I literally sat in mine, holding our baby boy while feeling more amused than annoyed. Sure, his comments were objectively offensive, but the whole performance was mostly just funny. More to the point, I understood where he was coming from. The fact that I’m over four years older than him has always left us both a bit queasy and, at least on my end, has created insecurity. Which raised the question, shouldn’t I have been the one hyperventilating into a La Mer bag? Yet the longer he went on—and boy did he go on!—the more I realized how unfazed I was by the milestone. For the first time since I’d known him, at the most unlikely time, I had zero desire to conceal my age.

Women do not, of course, typically embrace 40. Men and women alike have been conditioned to believe that, when it comes to women, younger is better and 40 is expired milk. How many men exchange their post-40 partners for a younger version? How many professional women are too young to be taken seriously one minute, then deemed a professional invalid the next? If you look closely at the leaders of our corporations, our law firms, our country, you will see a lot of grey hair, but almost exclusively on men. Women face the very real risk of becoming has-beens before we have ever really had the chance to be anything.

So, we struggle to look younger. To keep our age ambiguous. Maybe we outright lie. Because if we reveal the truth, people might look closer for our flaws, or maybe they’ll stop looking at all. What’s worse, in the face of this external pressure, we aren’t even kind to ourselves. Too often we are our own worst critics, feeling unworthy and outdated instead of grateful for another year and proud of what we did on the way there.

Yet as I debated my public age with my much younger husband, I felt better than ever. Sure, I looked better at 25, but what did I actually have then besides a nicer ass? I spent my 20s trying to get the grades, land the job, prove myself at the firm. I spent my 30s trying to earn the promotion, get the bylines, navigate the marriage, afford the real estate, have the baby. Now I’m on the cusp of 40, and I made it all happen. Can’t I finally put my feet up on the Restoration Hardware couch I ogled for more than a decade and enjoy the moment? Do I have to spend my 40s working just as hard to pretend I’m not 40?

Don’t get me wrong—I have no plans to chop off my long hair or start shopping for comfort, and I’m all for a restorative chemical peel and a startlingly expensive night cream. This is not my mother’s 40. I still want to be my best self, which is, after all, what I spent the last 40 years trying to cultivate. But my mindset is about actually being better, not pretending to be younger. At 40, I am too old for one thing: playing make-believe at the expense of my dignity. Which is why I’ve decided that 40 is the new 40. Because from the rocking chair where I sit, 40 feels pretty great.

A week after Al’s meltdown, with my impending birthday finally on his radar, we were texting about the solo portion of my celebration—a day at the spa, the salon, and anywhere else my 40-year-old legs could carry me.

The caption, of course: “This Is Us.”

And with that I laughed—hard—and left behind my 30s with a smile on my La Mer-covered face. 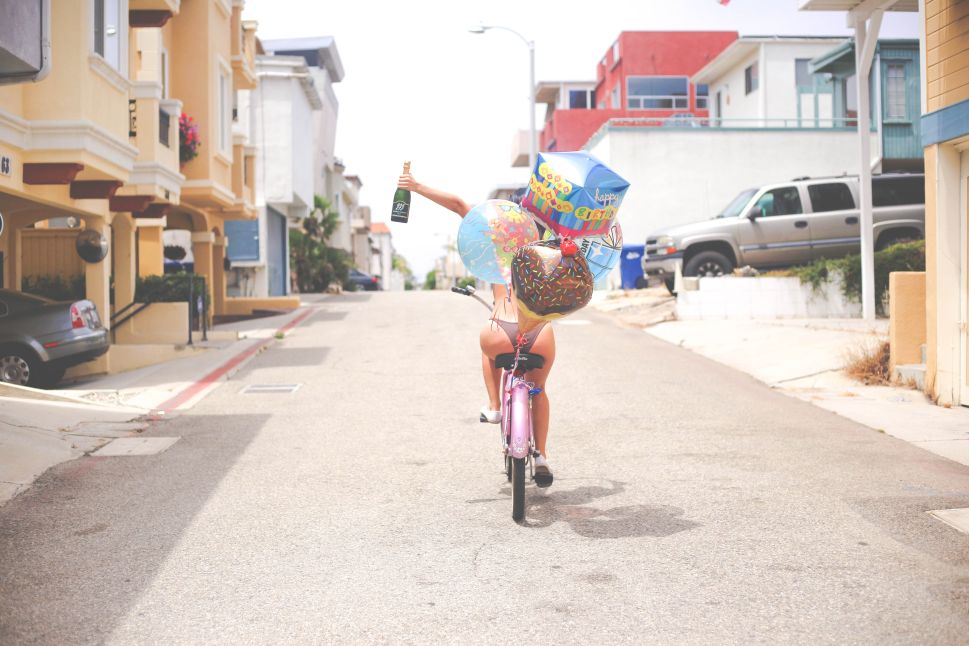