“This is so unprofessional!” yelled one millennial paparazzi after an older colleague lodged himself in front of a window, blocking the herd’s only view of former adult film actress Stephanie Clifford, AKA Stormy Daniels, passing through metal detectors.

While the afternoon attraction was a possible showdown between Clifford and battered attorney Michael Cohen—who appeared in court as part of an emergency action taken by his attorneys to stop prosecutors from reviewing documents seized by the FBI—a national scandal involving Fox News personality Sean Hannity enveloped the news cycle following revelations in court.

When asked whether Hannity ever told Fox about this conflict-of-interest, and if the network stands by its decision not to issue a disclaimer, a Fox spokesperson deferred to a statement made by the host:

“Michael Cohen has never represented me in any matter,” said Hannity. “I never retained him, received an invoice, or paid legal fees. I have occasionally had brief discussions with him about legal questions about which I wanted his input and perspective. I assumed those conversations were confidential, but to be absolutely clear, they never involved any matter between me and a third party.”

The network did not immediately respond to Observer’s follow-up. 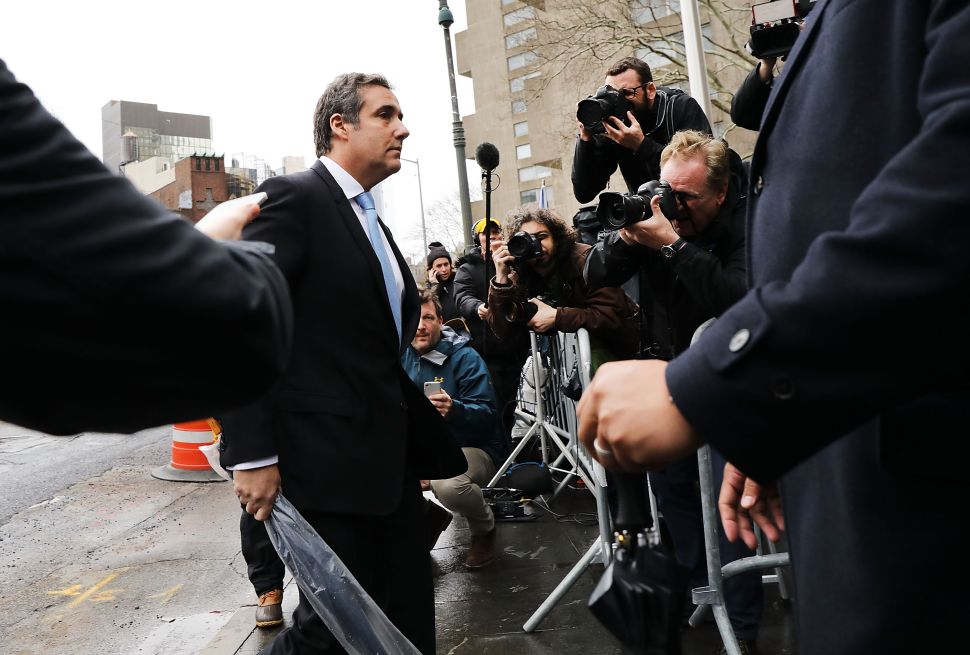