Emilia Clarke‘s modern Venice home might not come with a trio of pet dragons—nor the Iron Throne—but her plush, upholstered couch does seem like a decent alternative.

Yes, it’s now possible to live just like Daenerys Targaryen or at least her real-life life counterpart. Clarke listed her two-bedroom, 2.5-bathroom home as a $25,000 a month rental just one day ago, but it seems an eager occupant may have already jumped at the opportunity; after a mere 24 hours, the 2,817-square-foot property is off the market.

Of course, it’s possible the Game of Thrones actress just changed her mind. Or, maybe a true super fan was determined to reside within the English actress’ Los Angeles digs.

Clarke scooped up the 2,817-square-foot property for $4.64 million in fall 2016, shortly after the end of GOT‘s sixth season. It also happened to be the same year that Clarke renegotiated the contract for her starring role, and reportedly signed a deal that nets her $1.1 million an episode for the remaining seasons.

It doesn’t look like Clarke made many changes to the abode’s indoor-outdoor floor plan that was originally designed by the Abramson Teiger architecture firm.

While the home is far from Westeros, it’s just a few steps away from the trendy shops at Abbot Kinney and within walking distance of the beach. If the ocean seems like too much of a trek, the floor-to-ceiling glass walls in the living room open up to a 30-foot-long swimming pool and an alfresco lounge area.

Built-in bookshelves in the living room encompass an entire wall, which is also accented by a library ladder and a gas fireplace. The open kitchen is fitted with custom wood cabinets, dark countertops and a center island, with stainless steel appliances.

Both bedrooms are located on the second floor of the home, including the master suite, which has a wall of windows and an absolutely enormous walk-in closet. There’s plenty of room in there for all of Khaleesi’s oft-impractical princess dresses.

This isn’t the first time Clarke has rented out the home; she offered it as a rental in May 2017, as well. Perhaps she’s not in Los Angeles that much in the summer months, as this most recent listing notes that the new resident can move in, starting on May 15.

Clarke could easily be upgrading her West Coast living accommodations, especially while reaping the benefits of her GoT money. She could take a lead from her castmate Lena Headey, who sold her Sherman Oaks home last summer in favor of moving back to London.

Similarly, Kit Harington, now engaged to former Game of Thrones actress Rose Leslie (RIP Ygritte), reportedly doled out £1.75 million for a house in East Anglia in summer 2017, as well. On the other hand, Sophie Turner and her fiancé, Joe Jonas, are considering a New York purchase, as they toured luxe units in Greenwich Village in February.

But no matter where Clarke decides to go, whether it’s across the pond or just on the opposite side of the country, it’ll surely be an easier adventure than Khaleesi’s quest for the Iron Throne. 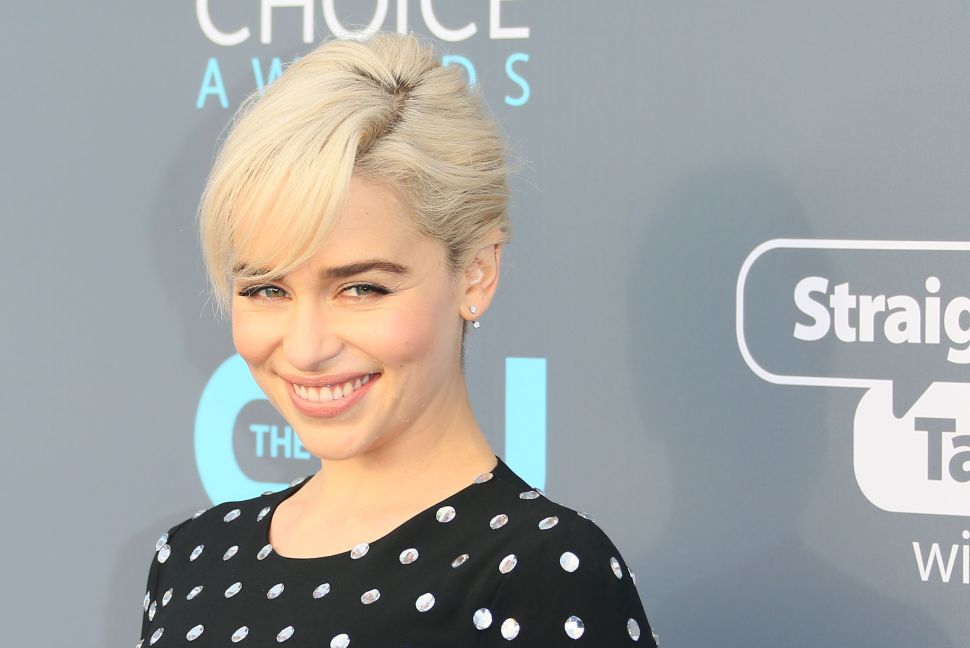