George Stephanopoulos sure is keeping busy this April. Most of the focus is, rightfully, on his 20/20 special with James Comey, which aired on Sunday night. It was Comey’s first interview since President Donald Trump fired him as FBI Director in May 2017, and Comey used his air time to assert that he thinks Trump is “morally unfit to be president.”

But the ABC News chief anchor and political correspondent also scored a big win in Southampton.

Stephanopoulos and his wife, actress and writer Ali Wentworth, finally found a buyer for their Hamptons retreat, which they’ve been trying to part with since May 2016. The couple originally offered the 1.47-acre property for just under $7 million, but it took two years and a price chop of $1 million to find the right match.

The house didn’t simply linger on the market for 24 months, though. The Good Morning America co-anchor took the estate off the market in October 2016 and relisted it again in January 2018 with an adjusted $6 million price tag. The discount worked, as the five-bedroom, six-bathroom house went into contract on April 3, which happens to be less than a week before Stephanopoulos’ five-hour interview with Comey was recorded in Washington on April 9.

Stephanopoulos and Wentworth didn’t own the home at 5 Cameron Way for all that long—they paid $4.5 million for it in April 2013. But apparently, those few years of ownership were enough for the family, which including the couple’s two kids, to entirely customize the décor.

A white gate leads onto the estate, and from the outside, the traditional shingle-style abode appears to be a typical Hamptons home. But one peek inside shows the unique details and features that were added. Take the living room, which, per the listing shared by Sotheby’s International Realty brokers Ann Ciardullo and Keith Green, has coffered ceilings and a library wall that is “befitting the media luminary for whom it was designed and built.” It’s unclear if they’re referring to the former White House Communications Director or the author of The WASP Cookbook.

The master suite is on the first floor and boasts a private library—clearly, there’s no such thing as too many books in this household.

The main rooms on the first floor all have double doors that lead to the covered veranda, which extends through the back of the house. The kitchen is equipped with two refrigerators and two ovens—perhaps this is where all the catering takes place for the soirées promised by the listing, which declares that the house is “the site of the kind of dinner parties that make the Hamptons…the Hamptons.” There’s also the formal dining room, which is painted saffron yellow and decorated with a dark wooden table and three sets of French doors.

The lower floor of the home is made up of an entertainment room with a wet bar, an impressive 1,000-bottle wine cellar and a game room fitted with a blue ping pong table.

The brokerage declined to comment on the property and the sale isn’t finalized just yet. So it’s not yet known who the new owner is and what price they paid for the home.

Stephanopoulos, who is set to interview Comey again tomorrow, on a live Good Morning America segment, is definitely doing better than many scandal-plagued morning news personalities, including disgraced former NBC News anchor, Matt Lauer. The erstwhile Today Show co-anchor has been trying to sell his own Hamptons home since 2016, and it’s now offered at a major discount—though that’s likely the least of his worries.

Indeed, Wentworth said that she and her husband were recently stopped on the street, when someone applauded Stephanopoulos’ upstanding reputation on the morning news circuit, by declaring the anchor the “last man standing” in television. 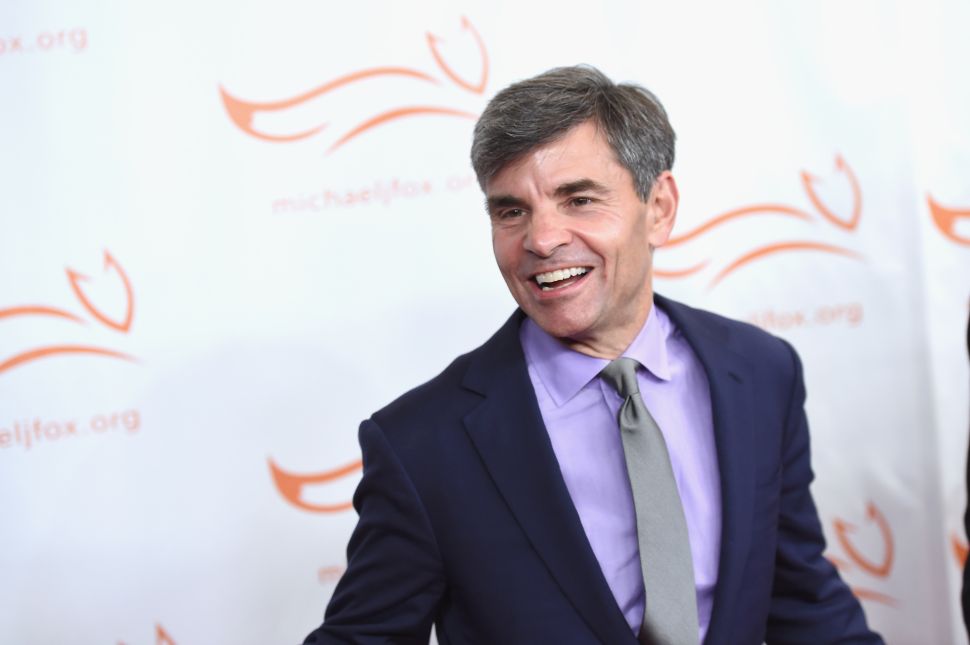