It’s been two years since Gwen Stefani and Gavin Rossdale’s divorce was finalized, but the former couple is still having trouble with one rather costly part of their marriage: a Beverly Hills mansion.

Stefani and Rossdale bought the enormous house for $13.25 million back in August 2006, and Stefani worked with celeb-beloved interior designer Kelly Wearstler on redoing the home. The result is an amalgamation of brightly colored furnishings, splashes of monochrome marble and plenty of metallic accents. The interiors perfectly reflect the No Doubt musician’s notoriously eclectic style.

The exes started shopping around the 14,865-square-foot residence for $35 million in October 2016 and the home was officially listed on the market, at the very same price, in January 2017. Alas, it has been over a year, and there hasn’t been much (if any) movement on the home. Perhaps that stagnation is what prompted a further discount; the former couple recently chopped the price down to $29 million.

This overdecorated home might not have the same appeal as a generic Beverly Hills mansion—but it sure is fun to look at.

The entryway features a bold black-and-white geometric marble floor and leads into one of the many entertaining spaces on the first floor of the house. The living room doesn’t hold back, either—there’s a hot pink couch surrounded by white sculptures, in addition to a giant two-way fireplace, encased in floor-to-ceiling marble, that serves as a divider for the adjacent dining room.

The massive master suite is on the main floor, decorated in shades of grey and ivory, with a glittering chandelier, chrome-finished black leather chairs and a fireplace. The tamest of the two master bathrooms is bedecked in a surplus of marble with a built-in bathtub that overlooks the grounds, with an additional dressing room-slash-bathroom that might be the most over-the-top space in the house. An oversized gold and black patterned marble floor is completed with copious amounts of copper trim. A peek inside the wardrobe reveals four pairs of nearly identical gold shoes. Was this an intentional move to coordinate Stefani’s clothing with the décor? We very sincerely hope.

The home’s six additional bedrooms are equally distinct and delightfully flashy. One is appointed with striped marble floors, an abstract wall in a black, yellow and white pattern, and banana-colored furniture.

The movie theater is easily the simplest room in the house. In contrast, the monochrome kitchen is downright vertigo-inducing.

The grounds of the home do not disappoint, either. A deck filled with lounging furniture leads to an oversized, sparkling blue pool. There is a full outdoor kitchen with a sleek bar that is, of course, composed of marble. It’s positioned by yet another fireplace, which also serves as the focal point of the covered outdoor living room.

Rossdale is a lifelong tennis fan, so he must have been thrilled with the tournament-worthy court on the grounds, including a covered pavilion. As expected, there’s also an Equinox-esque gym on the property, filled with every possible workout machine imaginable. The workout room actually occupies an entire guest house, because Stefani’s iconic abs deserve only the best.

The property itself is über private, despite its central location in the celeb-littered Beverly Hills Post Office area. It’s within the guard-gated Summit community, and the actual home is situated behind a second gate, at the end of a 250-foot private driveway.

It remains to be seen where Stefani will move next. If she’s moving in with her boyfriend and The Voice co-star Blake Shelton, we recommend she doesn’t allow him too much control over the décor. After all, the highly questionable 2017 winner for People‘s Sexiest Man Alive has shown an affinity for cowboy boots, ill-fitting shirts and mullets that doesn’t bode well for his interior tastes. Hopefully, he loves his girlfriend enough to live in a house that shares her exact aesthetic. 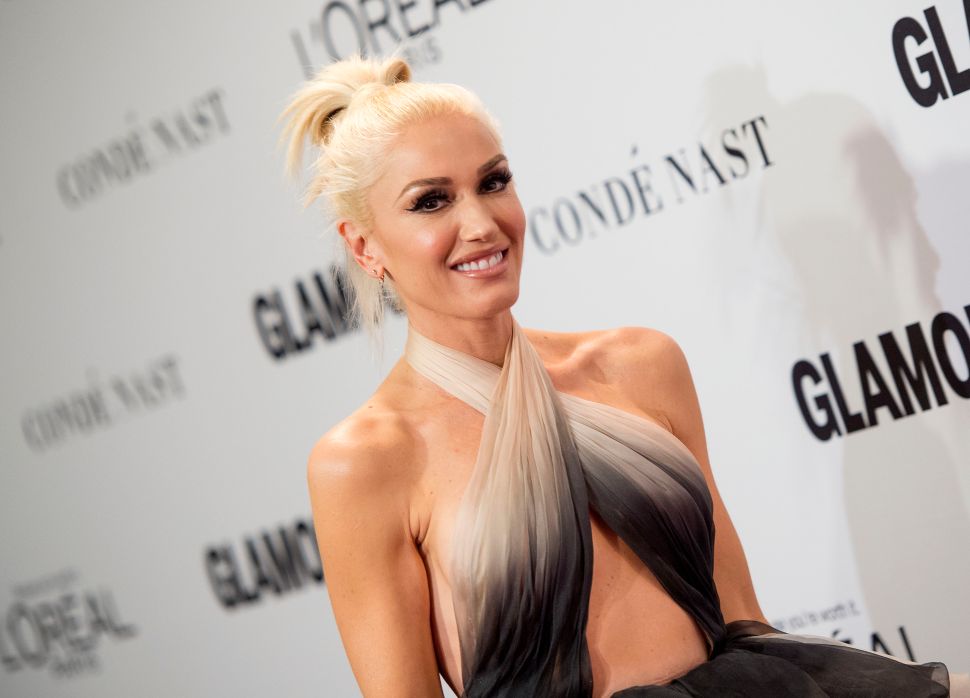