Aside from a lemon elderflower cake and the attendance of royalty, there’s one thing Prince Harry and Meghan Markle‘s wedding won’t have: an official Goop stamp of approval. So it’s a good thing that Gwyneth Paltrow is also tying the knot in the near future, to TV producer Brad Falchuk.

After announcing her engagement in the most Goop-y way possible—on the cover of Goop magazine—in January 2018, Paltrow has kept a low profile, quite unlike Markle. So we don’t know who will be arranging her flowers or which commoners will be invited to her nuptials—we don’t even know when she will be walking down the aisle.

But we do know that her royal Goop-ness has officially embarked on her bachelorette party. Paltrow was seen arriving in Cabo, Mexico yesterday along with 12 of her closest friends, including fashion designer Stella McCartney. The crew flew via private jet that was chartered by Cameron Diaz, according to Page Six. Some sources have speculated that Diaz, who has “actually retired” from acting, is serving as a maid of honor at the wedding. Luckily, it looks like she has plenty of free time for every single MOH duty.

But what could possibly be on the bachelorette itinerary?

Well, considering Paltrow met Falchuk on the set of Glee, it would make perfect sense to honor their union with some singing—and by that, we mean a tequila-fueled karaoke session. But that’s not quite Goop-y enough for Paltrow.

While there will surely be some vaginal steaming sessions and an appearance from a jade egg or two, we thought that Paltrow’s site might have some clues as to what the bride and her pals might get up to during the getaway. Hidden in the “The Bridesmaids Gift Guide” are a few ideas (and the suggestion to buy your BFFs a pair of $1,950 diamond earrings from DeBeers).

Goop recommends sweating it out at Higher Dose, an infrared sauna, having a piercing party with Maria Tash and booking a session with “tarot reader to the stars,” Angie Banicki. To be honest, all of that sounds far too basic for this 45-year-old Oscar-winning actress. The guide also suggests buying a gold Lena Wald ring that reads “gratitude” in script, which serves as a calming reminder for when Paltrow’s most obnoxious pal brings up her new favorite workout class, again. The same goes for the fancy Beboe vape, which is a rather posh way to get stoned.

While that Bridesmaids list is pretty unrevealing, there is an entire other guide dedicated to Los Cabos—which, as Goop helpfully points out, is also known as Cabo. The site recommends partaking in quite a few sports, including hiring a glass-bottomed boat for a venture to the touristy El Arco rock formations, suggestions for three major surfing spots, in addition to details for two separate surf schools. Goop also notes that bungee jumping and ATV tours are among their favorite activities at Wild Canyon Park and offers plenty of options for horseback riding trails.

Unfortunately, none of those suggestions call to mind the “wild VIP bachelorette party” that this is supposed to be. Regardless, we trust that Paltrow will be indulging in all of her favorite guilty pleasures, which includes french fries at every meal and exactly one light American Spirit cigarette. 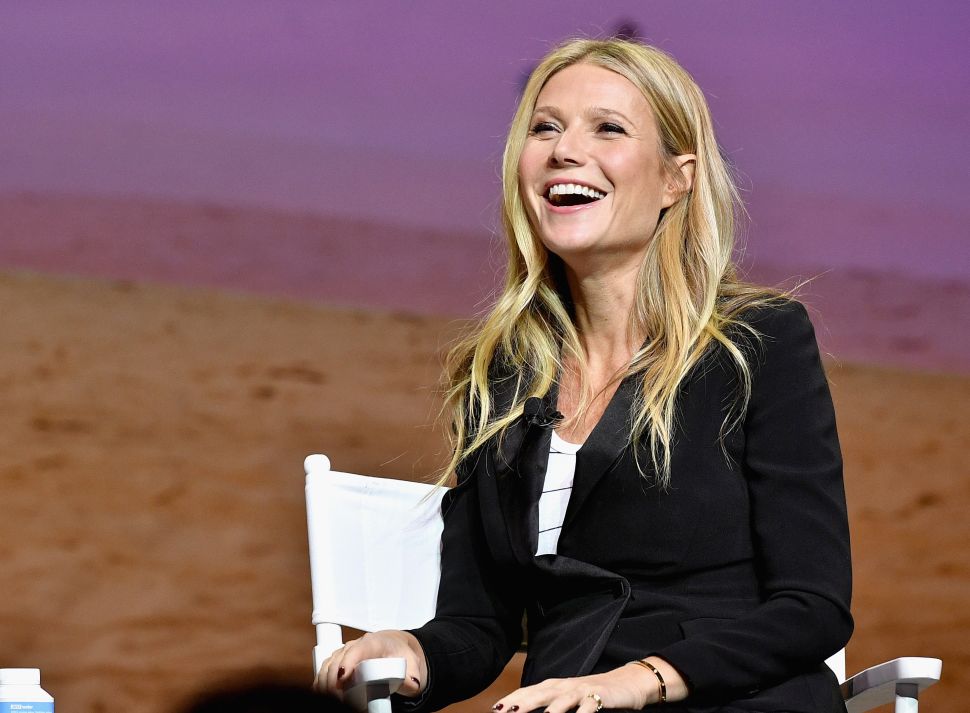