It’s safe to say that along with HBO’s Westworld and a few other big shows across the cluttered television landscape, the most anticipated small screen return in 2018 is Hulu’s The Handmaid’s Tale.

Yes, it was the first-ever streaming series to receive Best Drama wins at the Emmys and the Golden Globes, beating both Netflix and Amazon Prime Video to the highly sought after punch and establishing Hulu as a force in the competitive streaming wars. Yes, the show’s success led to record-shattering growth for Hulu as a streaming service, putting its short-term expansion on par with the deeper-pocketed streaming powers.

But the most important reason why we’re excited about the show’s second season is that, simply put, it is one of the best television series out there right now. But does The Handmaid’s Tale sophomore effort live up to the lofty heights of its stellar rookie run?

Let’s see what the critics are saying.

“The Handmaid’s Tale has a fine extended cast, of course. But in its first five hours, it wisely focuses on a few of its strongest performers, all of them female. By doing so, it easily accomplishes the second season’s main goal, which was the expansion of the world around June. New storylines and scenarios are gracefully introduced, and those that were barely hinted at in Margaret Atwood’s novel are integrated organically with what came before. If some storylines—or the transitions among them—seem a bit disjointed at times, that almost feels appropriate, given that the lives of most characters have been turned upside down. Canada, where refugees like Moira (the phenomenal Samira Wiley) have settled into uneasy and unsatisfying lives, might as well be Mars when one compares it to the regimented, fascistic regime of Gilead.”

“Embargo now passed, I can add that in addition to being dark, the first six episodes of the new season are very, very good, something nobody could have taken for granted with [Showrunner Bruce] Miller and company moving farther and farther from Atwood’s source material (and with [Director Reed] Morano too busy with a burgeoning feature career to return behind the camera this time around). With [Elisabeth] Moss again leading the way, The Handmaid’s Tale continues to thrive in many of the same emotional, yet soaringly beautiful, ways it succeeded last year—though several key flaws remain unimproved and are sometimes even exacerbated because everything else around them is so good.”

“If you were expecting anything but darkness, you must have slept through most of Season One. The Handmaid’s Tale remains an agonizing horror show to witness, with relentless scenes of women getting tortured. The new season ventures beyond the book, with Atwood involved in the writing with showrunner Bruce Miller, as she was all through the first season (even making a cameo in one episode). Offred’s pregnancy makes it a different story—she’s both more vulnerable and more dangerous. She wants her child born into a better place to live. We finally see the Colonies, the ominous wasteland often mentioned in Season One, where disobedient women and other misfits get shipped to work as slaves until they drop. It’s also now home to some faces we’ve seen before.”

“That almost stomach-churning bleakness is what keeps The Handmaid’s Tale from being bingeworthy, which is not necessarily a bad thing. Yet Offred’s story—as well as Ofglen, where Alexis Bledel again does some of the best work of her career (she’s somehow less convincing as a professor than a revolutionary, but it mostly works)—is so compelling that you hesitate to look away. June’s pregnancy adds a new layer as well, not only for the status she is afforded because of it, but in her own desperation to not allow another child to become the property of Gilead. Mayday is still at work as a resistance movement (and Offred gets some help from Max Minghella’s Nick, too), but its triumphs can sometimes just feel like cruel teases. There’s a long road ahead, and freedom will be hard-won. But as the series continues to illustrate, the most important thing is to never give up the fight.”

The Handmaid’s Tale season two will premiere on Hulu on April 25. 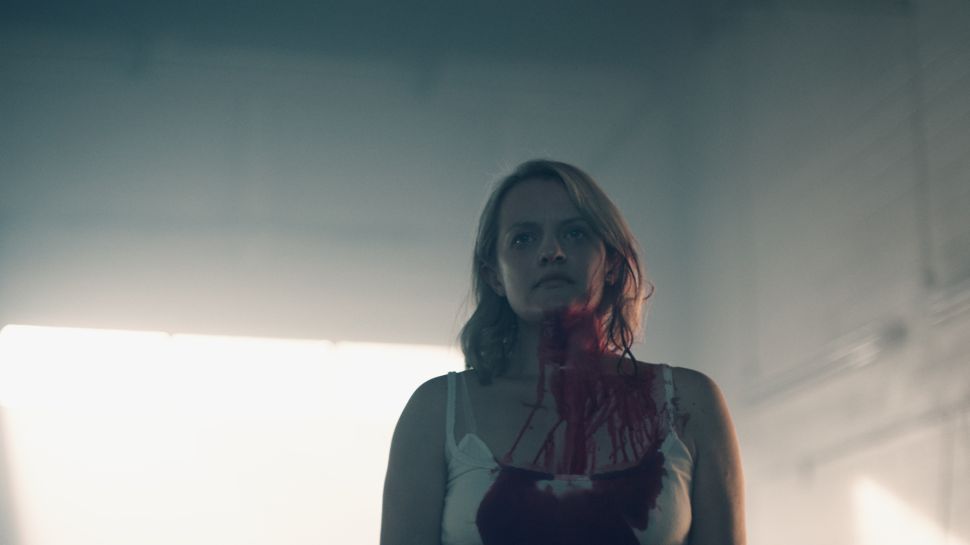