All become common currency each year during Washington D.C.’s White House Correspondents Dinner (WHCD). Come Saturday, politicians and Hollywood stars will exchange political capital for cultural relevancy; billionaires will pose alongside their media playthings; actual correspondents will be locked outside wondering how the world operates.

While the dinner itself is largely pointless (even President Donald Trump is passing this year), the pre-celebrations and after parties court droves of titans and insiders. With the right trickle of finesse and boasting, no-name policy reporters transform themselves into superstars of the newstainment industrial complex.

With a heavy dose of self-delusion, Capitol Hill staffers trick themselves into believing they wield the same amount of power as the congressmen they serve. (OK, this is no different than when their existence is vaguely acknowledged by the Thursday hostess at Cafe Milano.)

To navigate WHCD’s schmoozefest (or boozefest, am I right?!?), we assembled this guide should you find yourself in Washington, D.C. during the one week when the town actually matters.

The best way to avoid humiliation at the door to a party is by ensuring your place in the room beforehand. People in media and public relations are usually very accommodating, especially within the tribe where secondhand accounts whip through the Acela corridor faster than Gossip Girl Machiavellianism.

Read CNN’s Brian Stelter’s incomplete list of WHCD parties and ask yourself which gatherings will boost your brand. Legacy publications are cutting spectacle in the Trump-era à la the State Department—we are entering year two without Vanity Fair and Bloomberg‘s joint bacchanalia. Smaller galas helmed by upstart outlets like The Daily Caller and The Young Turks will dominate the festivities, along with United Talent Agency’s party co-hosted by Mediaite and The Atlantic/CBS pop-up.

Smaller parties are easier to get friends into, while larger ones hosted by MSNBC and Playboy have stricter guest lists and usually do not come with plus ones.

Spend your lunch break this week scrolling through LinkedIn and emailing the appropriate publicists at media outlets.

“Usually people are happy to help,” a media superstar unknown to Middle America told Observer on condition of anonymity. “You might want to introduce yourself as so-and-so.”

If your emails go unreturned, the next step is a long look in the mirror.

Ask yourself: “Do I really want to crash WHCD parties when I couldn’t even get on the guest lists?”

Even if your name is added between a Fox News personality and a nobody communications director, ask yourself:  “Do I really want to buy into this sensationalistic machine pitting everyday Americans against one another in benefit to the billionaire class? Would child-me respect the character I am pretending to be?”

Should your shamelessness triumph, but your Gmail courtship of publicists flounder, then you need to trick yourself into believing you have more of a right to be inside WHCD parties than the invitees do.

Chanel your inner powerbroker and realize this is all a psychological game: If broke reality star Tareq Salahi, having only a reputation for failed vineyards and stiffing contractors in the special events industry, has enough confidence to schmooze his way past Secret Service into a White House state dinner, there is no reason you can’t stroll into Playboy‘s bash when the publication hasn’t been relevant in decades.

“I just show up and put on my smiling face and say ‘I’m Jon Levine.’ Can I come in?” The Wrap’s senior editor Jon Levine told Observer. “Over time, I started realizing the more I took on the pre-tense that I had a right to be there, the more it became fait accompli.”

“Go to the hottest dance club in New York and force yourself to dance by yourself without any alcohol,” added Levine, discussing how to own one’s routine.

Full disclosure: 1OAK, the hottest dance club in New York, is harder to get into than WHCD’s parties (TBH).

Change the name of a friend in your iPhone to the name of one of the media outlet’s publicists. Having done research on who the publicists are beforehand, this shouldn’t be an issue.

Ask your friend to text you several messages demonstrating value:

Hey [insert your first name here]! All good for tonight!

This works especially well if your friend already shares the same name with the publicist—that way you’re not lying when you show this fake exchange to whoever wields the guest list.

“A random guy at the door isn’t going to question that,” added Levine. “It’s 7-D chess.”

If the iPhone trick above elicits slow turnaround, casually flash a business card: Nobody wants an enemy at the prestigious institution you represent in corporate America.

If you do not work for a prestigious institution in corporate America, print fake business cards several days prior.

Play the media card: You’re here to write about the party!

“If you have to crash a WHCD party, you’re in the process of damaging your soul. Don’t beg, that’s embarrassing,” The Daily Caller’s gossip columnist Betsy Rothstein told Observer. “Tell hosts you want to cover their party. If they say no, accept it with grace. If they yes, but say everything is off record, go and cover it anyway because that’s ridiculous. And option three: If they say no and then send pictures and other dumb highlights of the party they wouldn’t let you into but still somehow want you to cover it, then a swift f–ck you is in order.”

Should you fail to crash WHCD parties—and wind up subjected to DuPont’s abysmal nightlife scene where bars close by 1:00 a.m.—remember that you are god status.

Those horrible swamp creatures wouldn’t let you muck around with them in the pond? Who cares?

You’re above it all!

Go forth and conquer empires without Brian Stelter’s blessing!

“I can’t imagine any of the parties are worth crashing. Seems horrible!” New York Magazine‘s Olivia Nuzzi told Observer. 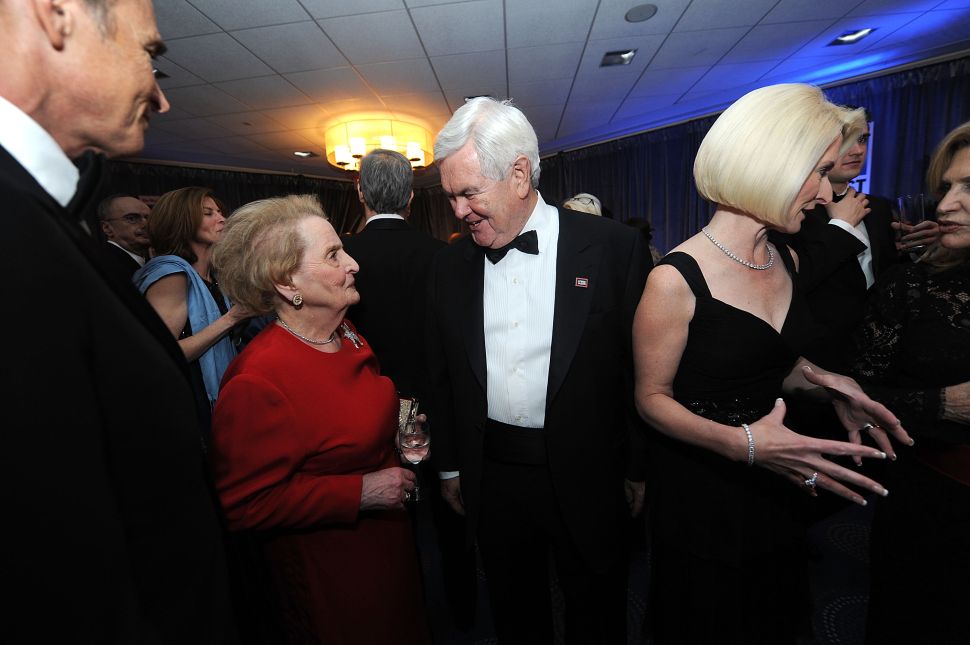