Every episode of podcast The Gist has two aims. The first is to give you…well…the gist of a topic that’s either currently trending, or that should be—Russian spies, Colombia’s narcos and the levels of toxicity found in paper receipts are just three recent offerings.

The second is a little less obvious. Host Mike Pesca wants to provide listeners not only with the resources to talk about each topic, but to knowledgeably argue about it, too. In an age where the political divide seems insurmountable, Pesca is striving reintroduce the practice of first listening, and then respectfully disagreeing.

For his part, Pesca has done enough talking to people he doesn’t necessarily see eye to eye with during his career to be considered something of an expert on how it’s done. Getting his start as an intern working on WNYC’s New York & Co. program, which was the earliest version of the Leonard Lopate Show, his experience there landed him a job at NPR as a producer for the incisive On the Media. Also working as a national desk correspondent for the station, he eventually wound up with his own recurring segment and later became the first NPR reporter to have his own podcast. It was a medium that stuck. Leaving NPR in 2014, he launched The Gist soon after joining Slate magazine. It hits their Panoply platform (and anywhere else you get your podcasts) late every weekday evening, perfectly timed to inform you on your morning commute.

Listening to the show, one gets the sense that Pesca isn’t too tightly wedded to any one position on whatever theme he’s tackling for the day—not because he isn’t passionate about what he’s talking about, but because he’s open to the possibility of new information changing his mind. Relevant guests offer that perspective, and to establish rapport Pesca will often kick conversations off with a left-field question about their area of expertise or a personal question that reveals he’s done his research.

Observer spoke with Pesca about how he gets the most out of every guest and the secret to having a good disagreement.

Do you think the election of Donald Trump lent urgency to your show in paying closer attention to politics? I’m thinking, for example, of conversations with guests like Richard Aborn, the President of the Citizens Crime Commission of New York City, who helped get a lot of gun laws on the books. Is that something you would have jumped on before…has anything changed?

I think there’s more urgency to all sorts of social issues now than there ever has been, and I just love good arguments. I don’t mean passionate people yelling at each other; I mean thinking logically, what are the good and bad points?

The pro-gun arguments like doing nothing or banning bump stocks, are terrible arguments, and have been repeated loudly and quickly. I realized I hadn’t heard a point-by-point rebuttal of those arguments, so I got into talking about the logic of “why ban guns because criminals will get them.” That’s not an argument against banning guns, that’s an argument against laws. With that logic, why enact laws against anything? Can we enact anything that limits the number of people slaughtered by guns? Of course there are things we can do, and so I lay that argument out as logically as possible to rebut the loudest talking points on the other side.

I also think about the purpose of democracy, which, I think, is to make people feel like they’re heard. Before Trump, things didn’t always work well, but if there were frustrations I don’t feel like people felt hopeless like there was nothing they could do.

What kind of research do you do for your guests? How much time, for instance, do you spend reading a book by someone you have on for a short segment?

I usually try to read most of every book, and I’m able to convince people I’ve read all of it even if I’ve only read a third. I like to listen to people who’ve done interviews elsewhere so I kind of know what they’re going to say. If I ask them something specific like about their time in Oxford two years ago, that’s more interesting to them than a question someone else has asked them.

It seems like you love delving into small details. How do you get so excited about the minutia of everything from hardcore rap to obscure local laws?

How do you manage to make everything sound so fun on every episode? Is it a tone that comes naturally to you or does it feel forced sometimes?

People are open to an interviewer having fun with them if you show your sincerity. If you show that you’ve put in the time to know what they’re talking about, then you can ask them weird goofy questions and they appreciate that. As an interviewer, not only are you supposed to fire off a bunch of questions but if you do something weird with the questions they don’t think “oh who is this weird guy? they think I’m an enthusiastic person who’s challenging them in a way maybe no one has before.

Obviously, your show has a bit of a bias, but I feel like you try to present all sides of the story you’re covering. Do you think that podcasting can do something that more traditional forms of media can’t: straddling the line between reporting and opinion?

In podcasting it’s opt-in, so you’re not forcing your opinion on anyone. Now, if you think that you may be wrong, then good things happen. I believe in the model of reporting and not really showing your cards. Consequently, you should be really honest, and if there are no good arguments on the other side, then say that. When I was a reporter the rules of presenting both sides made me more open-minded with the acknowledgment baked into it that I could be wrong. When I listen to a polemicist like Sean Hannity I don’t get the idea that he ever thinks he could be wrong. I want to present the best version of my arguments of course, but I’m not going to deny actual facts.

What do you do when you have a guest on with a different position than yours? How do you avoid heated arguments?

You start with your points of agreement. You don’t start with points of disagreement, and you explain in your questions where you’re coming from and you trust the editors will do a good job. I want them to make the strongest argument for what they’re thinking and I’ll do likewise.

I don’t use any traps or tricks like a lot of talk show veterans. I listen to a lot of talk radio and I realized that no caller has ever won an argument with those talk radio hosts, and I thought, “There has to be something going on.” It’s not as if everyone agrees with them, but they’ve never lost an argument because they have little tricks. If someone was getting the better of Hannity in the early days of the Iraq war he’d say “simple question are we better or worse with Saddam or not.” Then the caller would complain, and he’d hang up on them.

Are there any guests or topics that you tend to avoid?

What message do you ultimately hope you’re imparting to listeners and is there a way that you feel you’re changing or shaping the narrative?

I don’t have an opinion I want them to listen to. One of my favorite shows, The Adam Carolla Show, was where I first started hearing Ben Shapiro and I knew he was good. I loved hearing a person I hadn’t heard before, and that’s an example of someone I disagree with. Otherwise, I never would have heard of that person. It didn’t change my life but it made me a little smarter.

In closing the number one thing I want to do is not waste the listener’s time. There are some longer podcasts I listen to and it sure sounds like the hosts are enjoying themselves more than the audience is enjoying listening to them. The podcast can be funny. It can be interesting, but really you should come away saying “That did not waste my time.” 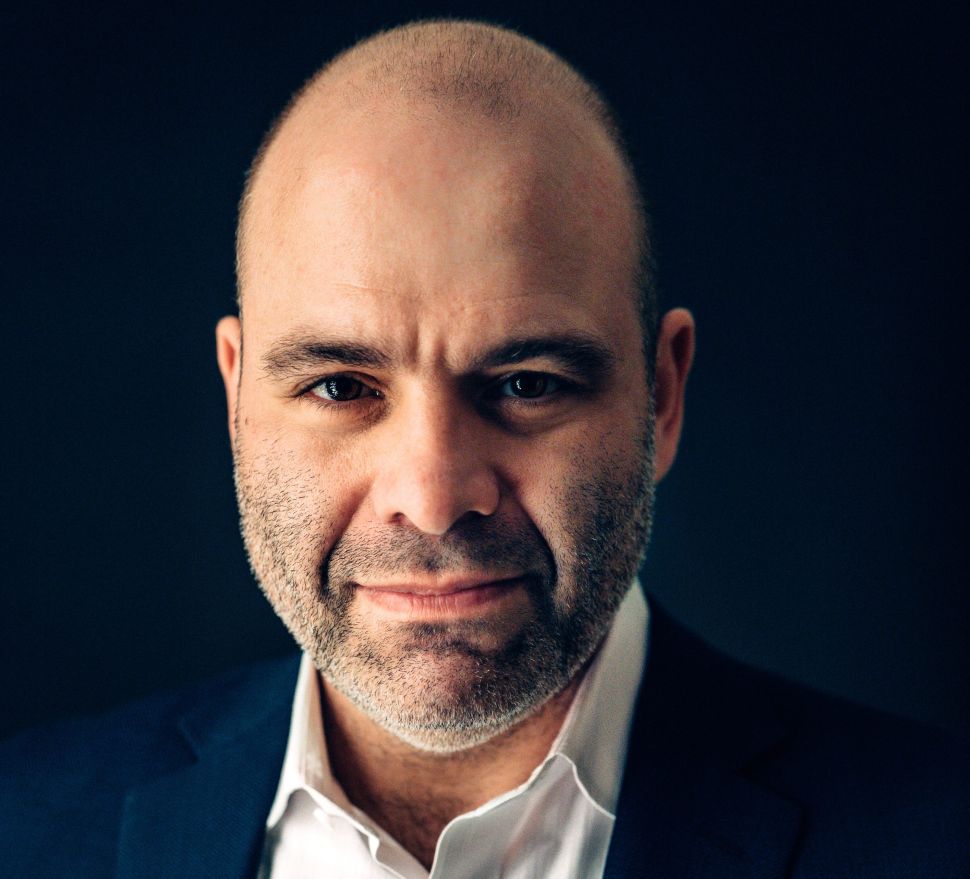