The CEO of America’s largest bank has some advice for President Trump on his deadlocked immigration reform.

In his annual letter to shareholders published on Thursday, Jamie Dimon, CEO of JPMorgan Chase, proposed that America should “revert to some core principles” in order to fix the immigration policies that currently “fail us in numerous ways.”

“Immigrants should be coming here because they want to be part of our country and who we are as a people. America was an idea borne of freedom, with freedom of speech, freedom of religion, freedom of enterprise, and equality and opportunity,” he wrote. “People immigrating to this country should be taught American history, our language and our principles.”

Specifically, Dimon suggested that undocumented immigrants—both adults who are “law-abiding and hardworking” and “dreamers,” who came to the U.S. as undocumented children—should be granted a path to legal status or citizenship. Foreign students who pursue an advanced degree in the U.S. should receive a green card along with their diploma.

He pointed out that most Americans are unaware of the difficulty for immigrants to obtain long-term legal residence under the current system.

For example, it takes up to 15 years for an undocumented immigrant to finish the naturalization process. About half of them pay income taxes, according to estimates by the Institute on Taxation and Economic Policy, although they are not eligible for many government benefits.

Foreign students who study at American universities on a student visa will rely entirely on merit-based work visas to stay in the country after graduation. The largest chunk of these merit-based programs, notably the H-1B visa, only grants short-term stays and are subject to a lottery system to get reviewed in the first place.

“Forty percent of foreign students who receive advanced degrees in science, technology and math (300,000 students annually) have no legal way of staying here, although many would choose to do so,” Dimon wrote. “Most students from countries outside the United States pay full freight to attend our universities, but many are forced to take the training back home.”

“From my vantage point, that means one of our largest exports is brainpower,” he added.

JPMorgan Chase is one of the largest U.S. companies that uses merit-based work visas. Each year, it files about 1,500 H-1B petitions for new hires and hundreds of green card applications, according to VisaDoor data.

Dimon is carrying out an ambitious plan to transition JPMorgan from a finance powerhouse to a leader in innovation and technology. The company has nearly 50,000 employees in tech-related positions and is expanding efforts in artificial intelligence, big data and machine learning. Industry wide, many of these roles are filled by highly-skilled immigrant workers. 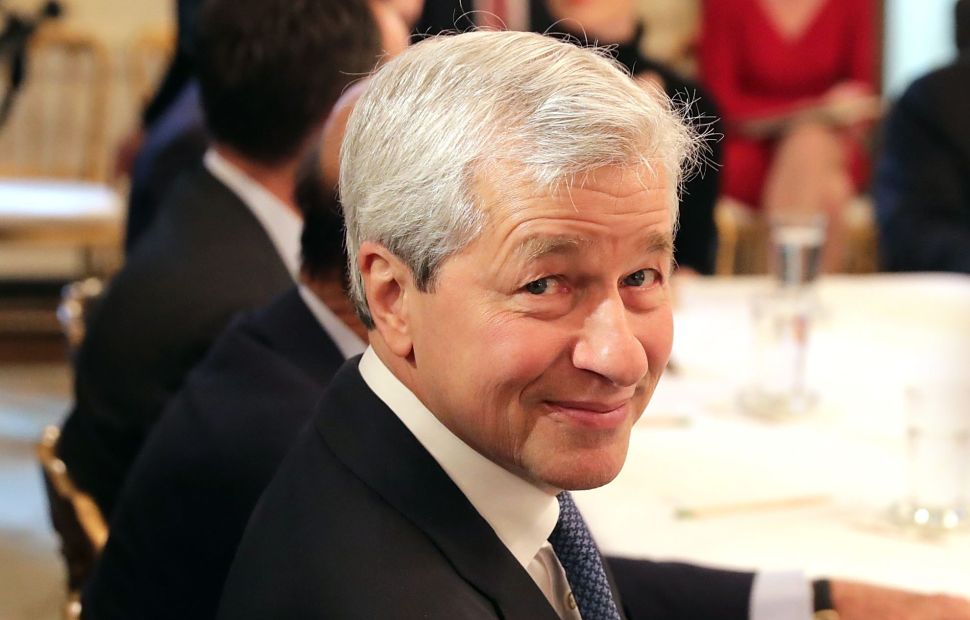