Yesterday New York magazine senior art critic Jerry Saltz was announced as the 2018 winner of the Pulitzer Prize for criticism, beating out Washington Post book critic Carlos Lozada and New York Times film critic Manohla Dargis. Saltz has long been known for snappy writing that posits him as the “everyman” of the art world, a persona he cultivates on social media through pictures of himself impishly laying on the steps of the Met like a centerfold model, selfies with 7/11 Big Gulps in hand, and images of funny but weird medieval pornography that he never attempts to contextualize, instead always pleading with his audience “Please caption?”

Indeed, what the Pulitzer committee lauded him for was this precise ability to make something seen as highbrow, like art, seem less intimidating by his own buffoonery. They cite his “daring perspectives on visual art in America, encompassing the personal, the political, the pure and the profane” as reason for the award. But in a time when American politics has been profaned by the purely personal whims of one white man, the celebration of another doing the same in the arts raises some red flags for me.

Let me be clear about one thing before I go any further: I have been known to enjoy Saltz’s writing. It’s clear, concise, and occasionally comical. He covers some of the biggest exhibitions and best artists in New York today in a way that is casual but considered. His review of the 2017 Whitney Biennial was solid, prompting me to excuse his gratuitous 2016 interview with James Franco as a possible performance piece (unclear whether it was Saltz or Franco in the lead role, though).

It’s not that his prowess of the written word doesn’t merit him being in the running for an award that is meant to honor that very thing. And indeed, he has been in line for a Pulitzer before, in 2001 and 2006, during his tenure as a critic at the Village Voice.

What is problematic is that Saltz’s criticism since he joined New York in 2007 has become nearly indistinguishable from his online persona. This has been fruitful for him as a writer, but less so for the art he writes about, to the continued chagrin of many artists and arts professionals. In a 2010 New Criterion essay titled “My Jerry Saltz Problem,” James Panero wrote, “On Facebook and now elsewhere online, Saltz regularly mixes portentous metaphysical questions with internet messianism, unctuous flattery of his followers, treacly self-doubt, and gaseous emissions of political cant. The ultimate topic of discussion is not art or even his devoted followers but Jerry Saltz himself.”

Eight years ago, I would say that this problem Panero identifies is annoying at best. Now, however, I believe the stakes of art and culture criticism are even higher and the art world’s saltiness over Saltz requires urgent exploration.

In his social media quest to be the Average Joe of Art, Saltz’s criticism has become an extension of his self-effacing yet solipsistic character, which is essentially a caricature of a creepy uncle who makes inappropriate, abstractly racist and sexist jokes at Thanksgiving Dinner while averring he voted for Hillary although Bernie would have won.

The tone deafness of his genitalia content on Instagram alone makes me question the sensibility with which he approaches art in today’s society, one in which penis size and pussy grabbing are actual political talking points across every major news outlet. One in which white men get gold stars just for “checking their privilege,” which usually amounts to acknowledging their simultaneous whiteness and maleness with a concerned furrowed brow and slight shoulder shrug while gratuitously patting a few minorities and women on the back for their accomplishments…and all while surreptitiously levying said privilege without wondering if they need to give any of it up.

This Pulitzer is Saltz’s gold star. In his criticism, Saltz lauds women and artists of color and routinely belittles the political right, checking all the boxes of what it means to be white, liberal and “woke” these days. And I don’t doubt that Saltz loves the notion of equality or hates the ideology of fascism. But after years of following him on his power platform, Twitter, where he has half a million engaged followers eager for art, he often opts for coyly captioned fetishistic images of vaginas instead of offering insightful or forward-thinking cultural critique.

Saltz doesn’t play dumb about his behavior, either—more than once his accounts have been suspended for “sexist, misogynistic and abusive” content, and his only retort to his loyal but often rightfully offended advocates is to unfollow him. Why? I can only assume because Saltz isn’t that interested in shifting the discourse around art and the industry it fuels to be less exploitative of minorities and women. But he is interested in positioning himself as a champion of underdogs and the underrepresented in the arts, a discipline already rife with the white male savior complex to be sure.

What complicates Saltz’s win for me even further is that among the specific articles the Pulitzer committee highlighted in their announcement was his memoiristic essay “My Life as a Failed Artist,” which details his pain and sadness over not making it as an artist himself—a reason, he gives, for turning to criticism. On Twitter, Saltz celebrated his award by reposting the story with the caption “Even losers get lucky sometimes.”

Saltz has also been lucky in life: He is married to Roberta Smith of the New York Times, one of the shrewdest and most seasoned art critics out there. The fact that a white male art critic now best known for his Internet sleaze rather than his writing won such a prestigious prize for an essay about himself (and his lamentation over his own failed art career)—when his brilliant wife has been tirelessly, smartly and humbly interrogating the work of some of the most profound artists working today for longer than I can remember—prompts a lot of questions for me. I don’t believe Smith is more deserving of a Pulitzer just because she is a woman. But as a woman writer in the arts, I’m immediately skeptical of an establishment that bestows an award applauding the ability to tell the narratives of others on a man for writing a story about himself…especially when a woman in such close proximity to him in profession and prestige remains overlooked.

Since October 2016, I wake up most days and think at least once, “What if Hillary had won?” Today I woke up and thought, “What if Roberta had won?” We’re finding ourselves in a polemical moment in American history in which many of us are vehemently invested in envisioning a new, more inclusive future. And art, by the virtue of its inherent visuality, can be a powerful tool for actualizing the change we want to see.

Last year, Saltz’s superior, New York magazine editor at large Carl Swanson wrote an essay in which he declared that “The art world is going to war with Trump. If it doesn’t shoot itself in the foot first.” By bestowing Saltz with a Pulitzer Prize—which implicitly condones his reductive, inflammatory Bernie bro approach to art criticism—I worry that our foot is directly in the line of fire. 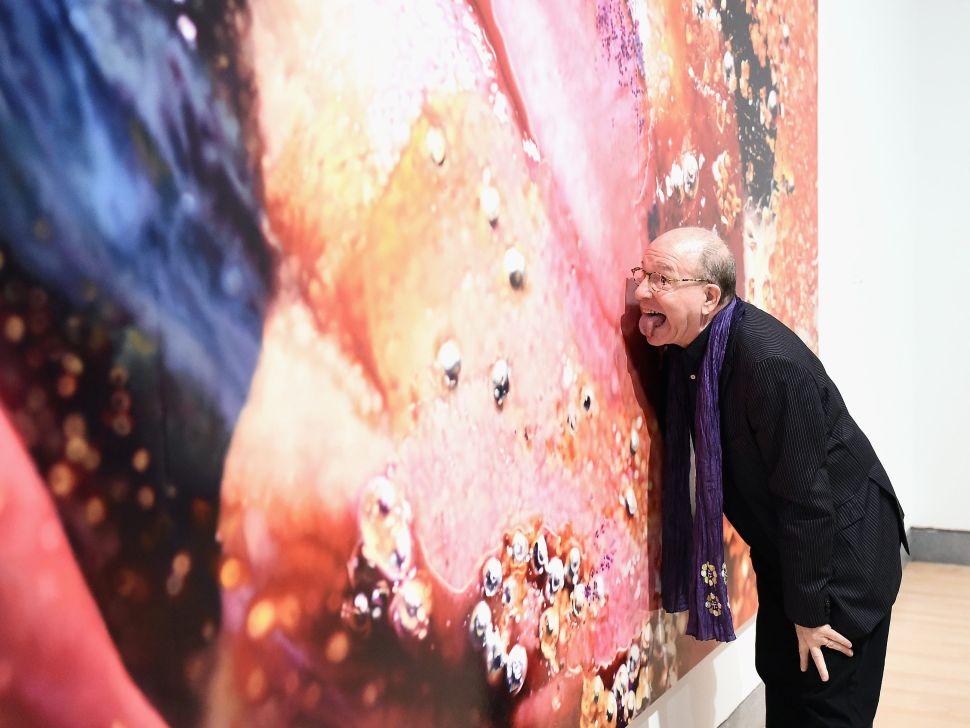