Lunchpail Joe Biden was at it again recently. He told an audience in Florida that he would have punched President Donald Trump in high school for his treatment of women. Which is surprising, because he spent 35 years in the U.S. Senate, and he never punched anyone for their treatment of women. Even Ted Kennedy.

Biden was just engaging in barstool braggadocio of the sort he thinks ordinary guys do after their shift before they go to Walmart and buy tires. The Democratic path back to the presidency is to remove Donald Trump’s golf gloved hands from any combination of Pennsylvania, Ohio, West Virginia, Michigan and Wisconsin.

And he thinks he’s just the guy to do it.

Ignore the hair plugs, the career in the Senate where he first made a name for himself opposing everything President Reagan was attempting, his eight years as President Obama’s toady passing the unpopular legislation that got Trump elected in the first place, and Joe Biden hails from… drumroll… Scranton, Pennsylvania.

His personal biography begins in the gritty every-town where The Office was set, and he thinks that will win him the presidency.

Some people will buy it, sure. There are also people who think Kenny Chesney is the heir apparent to Merle Haggard and fill football stadia on warm summer nights to hear his tales of loss and heartache—before he returns to his private jet and runs through his performance with his choreographer, makeup artist and personal trainer.

Real regular guys, though, hate pandering. If you’re not a regular guy and need some context to understand this, think of the uneasiness you felt back in the day when your school’s 60-year old guidance counselor peppered his advice with allusions to rap lyrics.

That’s how Joe Biden comes off when he talks to Pittsburghers.

Obviously, Lunchpail Joe could still win against Trump if the choice is between the phony regular guy and something equally blah. In the Rust Belt, a tie goes to the Democrat.

Trump can’t run in 2020 by saying he’s really going to build a wall this time. He can’t say again that he will repeal Obamacare. He can’t attack 30 years of failed trade policy when he is responsible for four of them.

If Biden did win against the standard 2016 Trump model with slightly more chrome, it would not solve the problems with the Democratic Party that led to Trump in the first place.

A Biden presidency would be a chiropractic treatment against a metastasizing cancer among working class voters who blame people like him for their plight.

Loosely translated, that means Lamb was getting his votes in swank suburbs where moms and dads work very hard so that their kids can grow up to be Conor Lamb.

His chipper, Penn grad, federal prosecutor brand was unbeatable in places like Mt. Lebanon, which, though sympathetic to Republican issues, still features about a 1:3 coffee shop to resident ratio.

The rural and industrial counties were strong for Rick Saccone. Why?

America’s middle class is at the blunt end of Washington’s bulldozer of social engineering. The policies that emanate from on high chase businesses from towns and make the natural gas in the shale strata under farms unrecoverable for invented environmental reasons.

People who live in those places think Washington ignores fiscal logic and instead dispatches federal judges to tell high school principals who can use what bathroom.

Even if Trump loses by getting 55 instead of 65 million votes next time, most of the Trumpists are not going anywhere. Both parties will always have to contend with them. There would eventually be another candidate like Trump.

Michael Anton, the intellectual father of Trumpism (yes, it has one), recently explained Trump’s victory using Machiavelli’s expression: “The multitude is wiser and more constant than the prince.”

The Washington elite have a problem with the multitude in America. They can scoff that they’re deplorables. They can condescend by sending Lunchpail Joe to save the day. But they can’t beat them.

Trump’s approval rating is higher than Obama’s was at the same point in his presidency. Something’s happening in the red counties. Whatever that is, Joe Biden is not the answer to it, Democrats. 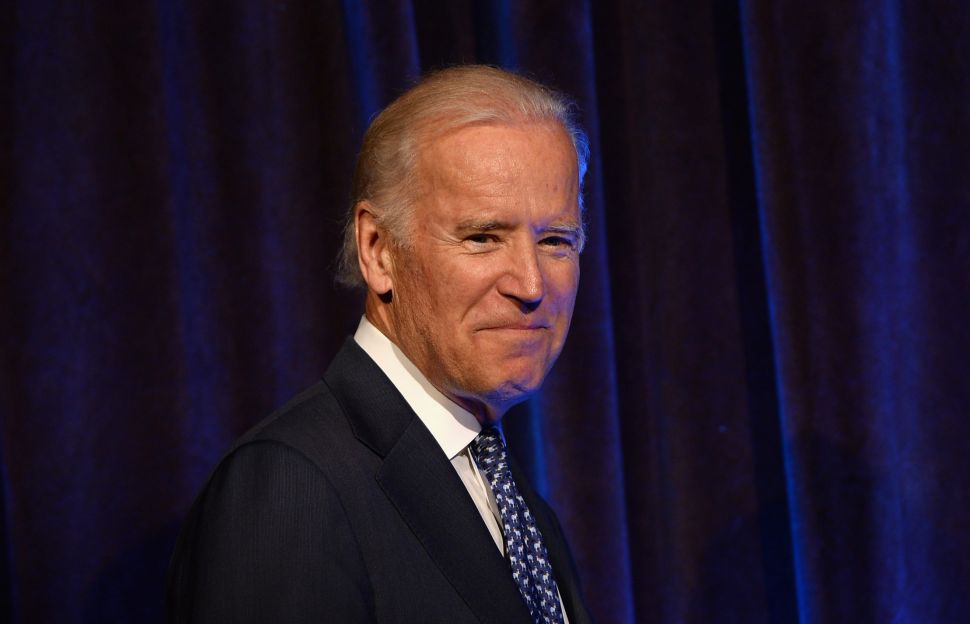