Recording artist, actress and mental health advocate Kate Nash is known for her political protesting, glittering costumes and a recent foray into ladies wrestling. But before that, she was a London teen recording a sleeper hit in her bedroom. Back then, she was big on MySpace.

At the time, over a decade ago, a then 19-year-old Nash was living at home while her debut album Made of Bricks rapidly climbed to the top of the British charts. Now, she’s managed to avoid the one-hit-wonder label wholeheartedly. She ditched her label, created an album on her own (the newly-released Yesterday Was Forever was funded by a Kickstarter campaign) and is opening up more than ever about mental health.

Nash is back on tour after filming season two of the Netflix’s Glow, Jenji Kohan’s Alison Brie-helmed wrestling sitcom. Observer caught up with the artist and actress ahead of her Irving Plaza show to talk wrestling, mental health and sequin jumpsuits.

When we last talked, you had just finished filming Glow’s first season so you couldn’t say much about the project. What was it like to learn how to wrestle for the series?

I feel like I can say all the girls on the show have a new relationship with our bodies. It was about strength and empowerment. It’s definitely been intimidating at times and the first day in the ring was terrifying. We saw scary things go on in there. At that point in my life, I thought I’d never be able to [wrestle], but it shows you how powerful your body is to experience doing something new like that.

Did you continue training when you weren’t filming?

I didn’t keep up wrestling because I wouldn’t want to do it without Chavo and our stunt team, because we are being trained very specifically. But the more physical side of it I’ve kept up, for sure. I’m really into fitness now.

Do you plan on pursuing acting, post-Glow, especially now that you’re based in Los Angeles?

I might do some more acting after Glow. At the moment, it’s a balance of when I have time to fit in touring, making records and training and shooting for Glow. I’m hoping it’s the beginning of a whole new journey.

What can we expect fashion-wise from this tour and—most importantly—will your sequin jumpsuit be back?

I do have a new sequin jumpsuit that I made just for it. I’ve been inspired by my wrestling character and the outfits I wear on Glow. Those are amazing and it’s such a cool performance feeling when you’re in that kind of outfit. I’ve been wearing a lot of stuff inspired by Ronda Richardson and Glow.

You have a long history of participating in political protests. You were involved in the first Women’s March and last year’s pop anthem, “Agenda,” delved into how celebrities approach politics and protests. What issues are you most invested in right now?

At the moment, I feel very passionate about talking about mental health. I have a lot of songs about that on the record. I didn’t value myself and struggled with my self-image for a long time. No one teaches you about that; you just figure it out by yourself. It really is meditation, spiritual health, well-being, positive attitude and all of the self-help that you can create for yourself. Also, encouraging people to seek professional help when they need it—I talk about that in my show. There’s still so much stigma in talking about mental health. In my opinion, everyone’s crazy; there’s no such thing as sane. We have brains and they’re complicated. It’s important to take care of and support your brain the same way.

You’ve been so open about mental health throughout your career, whether it’s in interviews or on Instagram. Was it difficult to speak out about it early on, when fewer people were talking about it?

The first time I read an article I was a bit shocked at how dramatic they made it sound. It’s just like anything, when you see something written down in black and white it always seems very melodramatic. It’s kind of intimidating to see it written down. I don’t regret it and I do hope that what comes out of it is that people are talking about this.

Your video for “Life In Pink” helped continue the conversation. Why did you decide to focus the video on mental health issues?

I had the idea because, to be honest, that’s what that song is about—the constant struggles of trying to save yourself and destroy yourself—you’re both your best friend and your worst enemy. You’re the one who literally stops yourself from going over the edge and then at the same time, you’re the one pushing yourself so close to the edge.

I wanted it to be beautiful, funny and lighthearted. It’s okay to talk about serious issues and make them lighthearted because life is still fun. I still laugh and have an amazing life, even though I have some problems. It’s always important to live outside of torturing yourself. You have a choice of what you decide to put into your life.

I actually need to be able to get up, get out there, put clothes on, walk outside, have social interactions with people and do normal stuff. The bunnies in my brain are fun, creative and deemed as crazy. But life is about balance.

The Telegraph compared your songs to “being forced to read a teenager’s diary” when you first premiered 11 years ago. Now, you’re reclaiming that negativity, since your new album was influenced by your teen diary.

What were some of the most memorable diary entries you revisited?

Honestly, not having respect for my younger self. Teenage girls are fucking amazing, they’re going through so much turmoil. I was reading all these intense diary entries and I honestly completely forgot thoughts I had that were so dark and so heavy.

Do you still keep a journal today?

I do, but I don’t write in it that often.

Did the freedom of being an independent artist let you approach this album even more candidly?

I feel like I have always been like that—that’s probably the reason I got dropped [by my label]. I don’t have shame and I don’t hold back. It was a difficult album to make. It took four years and I went through many struggles in the industry. It was difficult because I didn’t know where I was going. I was making a record and had no idea how I was going to get it out. That’s why I’m so proud that it’s actually out there. 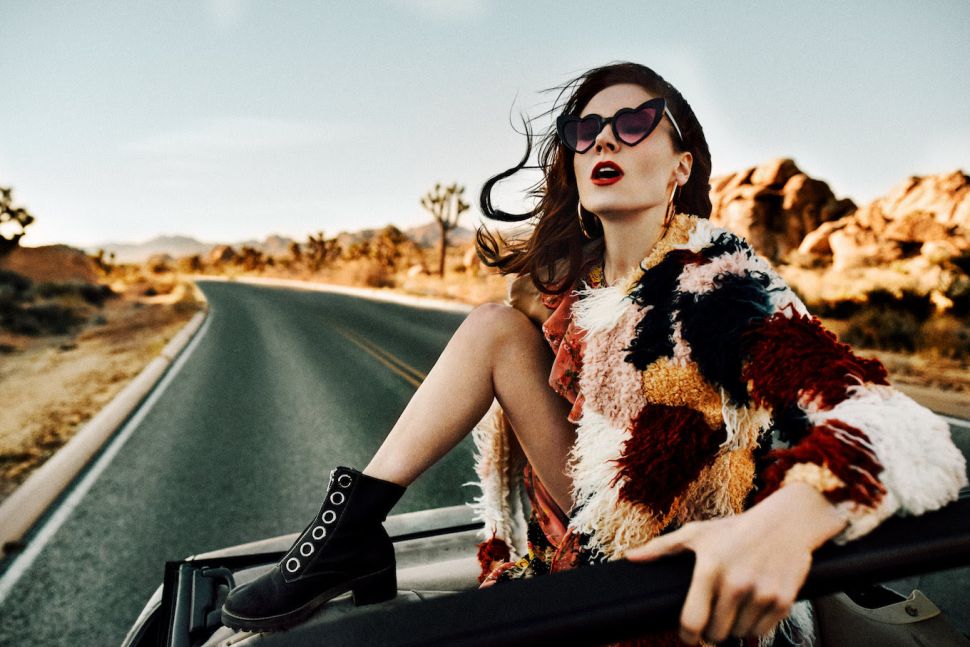