As Brooklyn commuters worry about how they will get around when the L train is shut down in April 2019, the nonprofit group Transportation Alternatives is proposing an alternative they say could help Brooklyn commuters: a “Bike Train” in the form of a weekly group bike commute from Brooklyn to Manhattan.

The Bike Train would serve L Train commuters, individuals who are new to biking or anyone who is interested in commuting with a group. It will run from Brooklyn to Manhattan once a week leading up to the shutdown and throughout the shutdown until the L train is back in service.

The Metropolitan Transportation Authority (MTA) is shutting down the L train for roughly 15 months (down from the initial 18-month period) to repair the 7,110-foot-long Canarsie Tunnel, whose 92-year-old tubes were damaged by Superstorm Sandy in 2012, according to an MTA fact sheet. The tunnel connects the L train to Brooklyn and Manhattan.

The shutdown will impact 400,000 daily riders of the L train, including 225,000 who use the tunnel between Brooklyn and Manhattan.

The MTA and the city’s Department of Transportation (DOT) anticipate that as a result of the shutdown, 70 to 80 percent of riders will use other subway lines and that temporary bus service supported by traffic management and high-occupancy vehicle (HOV) lanes will carry about five to 15 percent of customers. There will also be a temporary ferry service, which will carry five percent of riders, and two percent of riders are expected to switch to bicycling.

“The alternatives that are going to need to exist for us to be able to manage this somewhat respectfully for the residents of Manhattan and Brooklyn need to be paid attention to and one of those alternatives is biking, is the actual bicycles and how we’re moving through Manhattan and Brooklyn,” Brooklyn Councilman Antonio Reynoso, whose constituents are affected by the shutdown, said.

Reynoso, who has pushed for safety improvements on Grand Street—which will serve as a bus and bicycle corridor to the Williamsburg Bridge—said that only recently has there been “any semblance of progress” with respect to building out bike infrastructure. He credited the DOT with doing a “good job paying attention to our needs,” though he noted “it’s not over” (the DOT says it’s looking to make major changes to Grand Street).

Luke Ohlson, a senior organizer at Transportation Alternatives, noted the group has been around since 1973 and represents hundreds of thousands of New Yorkers.

“We do need to pursue those alternatives, making it safe and fun to get to work,” Ohlson said. “There’s also been a group, the L train Coalition, that has been meeting for the better part of two years that represents a bunch of neighborhood organizations and elected officials have been coming together.”

The “Bike Train” kicked off at Union Avenue and Hope Street in the Williamsburg section of Brooklyn on Wednesday morning. Roughly 30 individuals biked over the Williamsburg Bridge via Grand Street and were joined by Manhattan Councilman Keith Powers.

They subsequently rode onto 13th Street in Manhattan, where the DOT is planning to install a two-way protected crosstown bike lane that will offer a connection to a new bike parking hub on University Place from 13th to 14th Streets, as announced in the MTA and the DOT’s mitigation plan released in December 2017.

The MTA and the DOT anticipate that 70 buses will be needed every hour between Brooklyn and Manhattan during the shutdown. The MTA will also increase service on the J, M, C and G trains.

As part of the mitigation plan, there are three makeshift bus routes that will go across the Williamsburg Bridge, which will also have high-occupancy vehicle (HOV) lanes during rush hours. And there will be an exclusive “busway” with peak hour on 14th Street between 3rd and 9th Avenues eastbound and 3rd to 8th Avenues westbound.

Blair Bertaccini, 64, a Transportation Alternatives member who lives in Stuyvesant Town, said the Bike Train encourages people to look at cycling as a viable option amid the shutdown and underlines the need for more sufficient infrastructure for cycling.

He takes the L train in Manhattan, using it within Manhattan to go west and to get to other subway lines to travel north or south.

“I think a lot of people are just realizing now what the L train shutdown is gonna mean for their lives, both in Brooklyn and Manhattan, so it’s to do that and also point to the fact that we are gonna need more infrastructure for cycling for this and also that the city needs more infrastructure for cycling anyway,” Bertaccini said. “More people are bicycling every single year in New York City.”

He maintained that the group supports other options to assist commuters during the shutdown.

“Obviously for the L train shutdown, the majority of people are gonna need other alternatives on buses, ferries, and we fully support that also,” Bertaccini continued.

And he acknowledged the crowds that will build up across the Williamsburg Bridge.

“I think the biggest problem is gonna be getting the buses over the bridge and to have to close it down to car traffic to be able to make the number of buses that they’re contemplating be able to function as they want them to to replace the train,” Bertaccini added.

With respect to the proposed bike lane on 13th Street, he argued it is needed irrespective of the shutdown.

In a statement, Eric Beaton, deputy commissioner for transportation planning and management, said the DOT supports cycling as an alternative.

“We think that [a] substantial group of people will choose to bike, and encourage it as a safe, comfortable and environmentally efficient mode of transportation,” Beaton said. “DOT is working hard to provide an expansion to safe cycling infrastructure in both Brooklyn and Manhattan as part of the L train tunnel shutdown work to ensure that any additional cyclists are well accommodated.”

A spokesman for the MTA did not immediately respond to a request for comment on Thursday.

Earlier this month, the Chelsea and Greenwich village block associations and Disabled in Action—a civil rights group that works to end discrimination against people with disabilities—filed a lawsuit against the DOT, the MTA, the New York City Transit Authority and the Federal Transportation Administration claiming the agencies did not conduct the required environmental review work in an effort to stop the shutdown.

Richelle Williams, 20, who lives in the area where the “Bike Train” was launched and works on 14th Street in Manhattan, uses the L train daily because that is her only option to get to work. She said her alternative will be the shuttle bus.

“A lot of people use the L train to get to Manhattan, and the L train is actually one of the quickest trains to get from place to place,” Williams said.

She does not see the “Bike Train” as an option for her.

“It only is going to help people that regularly bike,” Williams continued. “People that don’t bike, it’s not gonna help them at all.”

Janny Gonzalez, 25, who lives in Rockaway, Queens and works at a bakery in the area, will have to take the J train and get off at Lorimer Street and walk.

“I use the L train to get here, and the train is gonna be packed, the J and the M train,” Gonzalez said.

As to the “Bike Train,” she has safety concerns.

“To be honest, I don’t like riding on a bike,” Gonzalez continued. “I think it’s dangerous, and if there’s so many bikers on the road, it’s gonna cause even more traffic.” 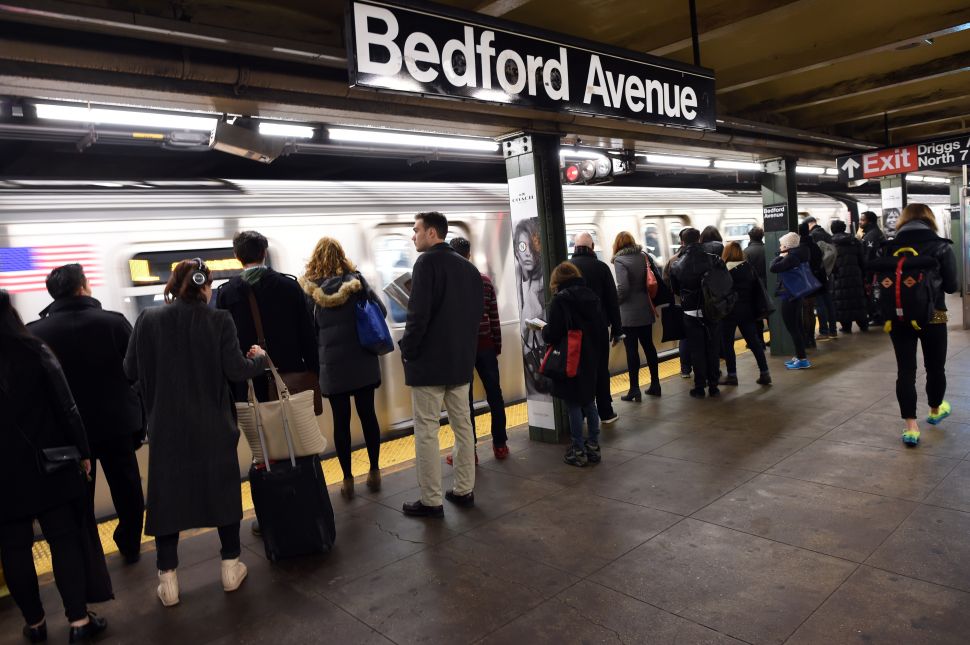