When asked by reporters on Friday about when he first heard of the White House’s new tariffs, Kudlow confessed that it was “last evening”—the same time the White House made the announcement.

Although the economic director downplayed the possibility of a trade war with China, confidently reassuring the American people that “this is not a trade war,” he doubled down on rhetoric against China, particularly regarding technology.

“They’ve got enormous trade and tariff barriers,” said Kudlow. “They’ve got to stop their stealing of the intellectual property that we try to use in any company around the world. Those are good places to start.”

“China has been practicing unfair and illegal trade practices for several decades,” added the director, telling the world that such blame lies with “China, not Trump.”

Boasting the president’s name does not guarantee security within the inner-sanctuary of Trumpland: The sycophantic ex-comms director Anthony Scarmucci lasted barely a week. For his new job promoting U.S. economic interests, Kudlow will need to play a delicate balancing act of adhering to the president’s ‘America First’ platform while navigating a White House eager to fire off policy with global ramifications. 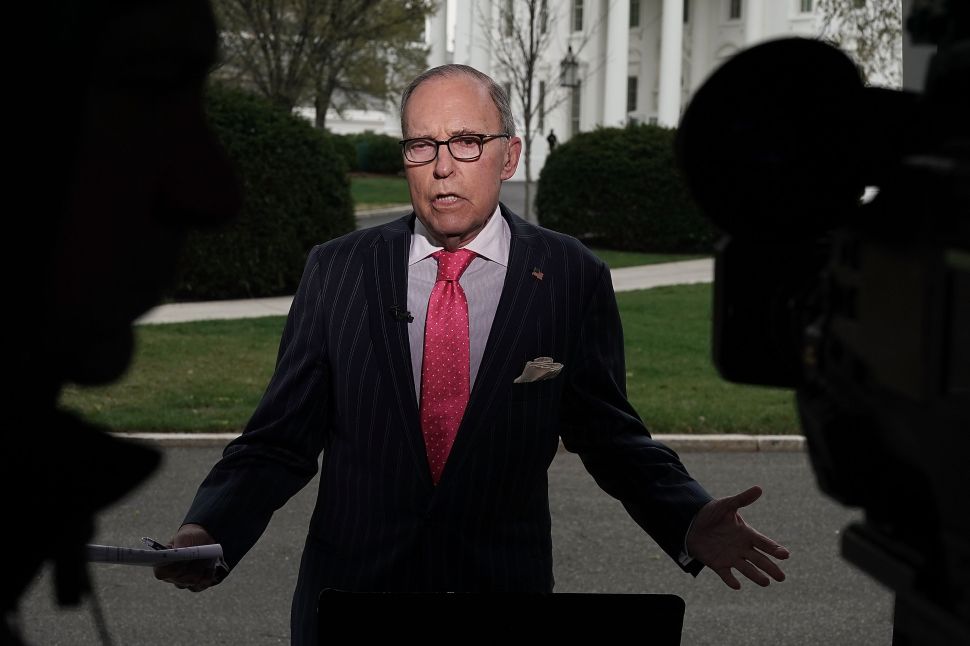