“We are considering additional sanctions on Russia and a decision will be made in the near future,” the press secretary said in a statement, adding that Trump wants “a good relationship” with Russia.

“She got ahead of the curve, she’s done a great job, very effective ambassador. There might have been some momentary confusion on that,” said Kudlow, adding “Steve Mnuchin in Treasury will tell you the same thing.”

The economic advisor experienced his own “momentary confusion” during his first week in Trumpland, after the president threatened $100 billion in new tariffs against China without his prior knowledge.

From the U.N, Haley has delicately adhered to the White House’s ‘America First’ platform, while pushing for a more aggressive coalition against Russian President Vladimir Putin. In emerging as a hardliner toward Russia and challenging the president over issues like sexual misconduct, Haley has built her own platform atop the international stage.

“Outward facing forums [like the United Nations] are really not high-stakes venues for Trump. He cares a lot more about what Mnuchin says than what Nikki Haley says, so in a sense, she can go further,” grand strategy historian Elizabeth Borgwardt told Observer in an interview last month. “I think she has persuaded Trump that this will help if she is the forward edge in Russia/Putin condemnation.”

But The New York Times reported Haley’s premature rush to sanctions irritated the president, leaving him with no other choice than to postpone action. Having enjoyed free reign, the South Carolina governor-turned-global powerbroker now trades in her brand for survival, walking a tightrope against a background of disinformation campaigns, airstrikes and bombastic American television personalities. 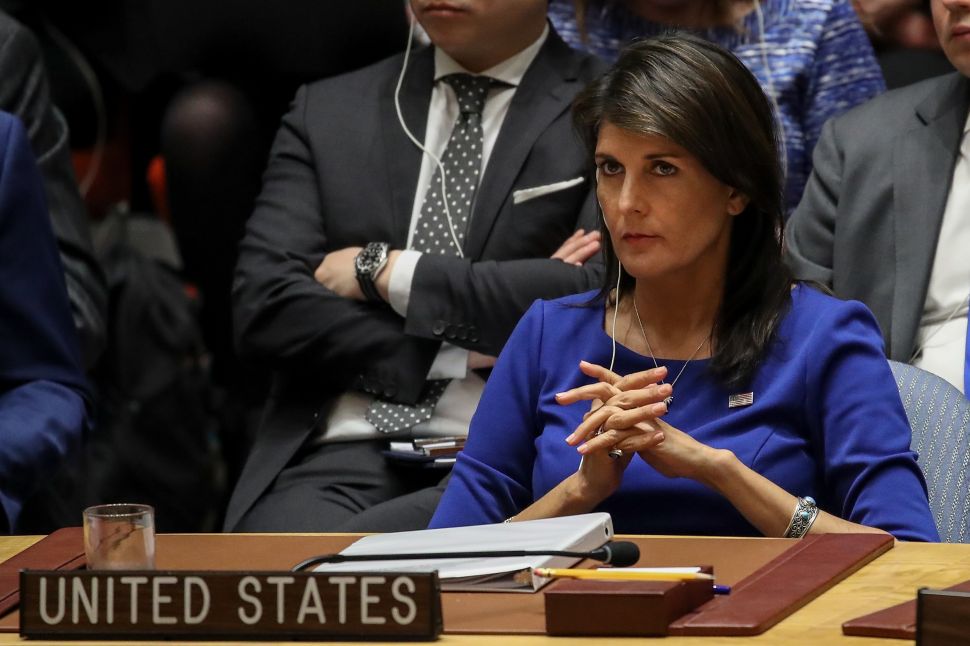