As long as suspicion has surrounded President Donald Trump regarding his secret ties to Russia—that is, every day of his presidency—lurid rumors have swirled about what unpleasant things the Kremlin might know about the Oval Office’s current occupant. In particular, tabloid-worthy speculation has it that the president’s unseemly personal habits were caught on video during his November 2013 visit to Moscow.

This, of course, is the notorious “pee-pee-tape” floated by Christopher Steele, the former British spy whose 2016 dossier has been the source of so much gossip and controversy in our nation’s capital. As I’ve previously explained, there’s no reason to doubt that the Russians indeed possess compromising information on Trump, given the many trips to that country he’s made over the last 31 years, but scandalous adult videos are perhaps the least of the president’s worries when it comes to Kremlin kompromat.

It’s Trump’s shady business dealings and how they connect to powerful Russians that constitute the real scandal here. While it’s likely that the president has had some sort of less-than-above-board relationship with Moscow’s intelligence agencies for many years, as I recently elaborated, a Bondian secret agent he certainly is not. KremlinGate is fundamentally a long-term financial-cum-influence scandal with an element of espionage thrown in—not the other way around.

That said, during the presidential campaign, Team Trump made multiple hush-hush outreaches to the Kremlin, most of them inept and bumbling, which raise glaring questions for anyone versed in counterintelligence. None of these clandestine parleys has gotten more attention than the June 9, 2016 meeting held in Trump Tower in Manhattan between a top Team Trump delegation (including Donald Trump, Jr. and Paul Manafort, Trump’s then-campaign manager who has an inordinate degree of dubious Kremlin links) and several Russians, led by Natalya Veselnitskaya, a lawyer known in Moscow for her links to Kremlin power circles.

This meeting was ostensibly about adoptions, a ridiculous line the White House stuck with when word of the Trump Tower rendezvous reached the media many months after the event. Eventually, Don Jr. conceded that the meeting’s real purpose was obtaining kompromat on Hillary Clinton, specifically allegations that the Democratic presidential nominee had her own unsavory ties to Russia. In exchange, Veselnitskaya wanted help getting sanctions off Moscow, in particular, some relief regarding the Magnitsky Act, a 2012 U.S. law that punishes Russians suspected of human rights abuses.

Indeed, one of the attendees at the Trump Tower meeting, Rinat Akhmetshin, who admits to being a former officer in Kremlin military intelligence or GRU—with all the caveats that implies in Putin’s Russia—is a dodgy character who has been engaged in aggressive lobbying against the Magnitsky Act. However, Akhmetshin is a naturalized American and well known in Washington, D.C.; while he has ties to Moscow officials, Veselnitskaya was the delegation boss, the one who was speaking for the Kremlin at Trump Tower.

Don Jr. insists that nothing came of the meeting, but the mere fact that Team Trump felt it was appropriate to discuss obtaining kompromat on Democrats from anyone linked to the Kremlin raises troubling questions—especially considering who Veselnitskaya actually is. She is known in several countries as a senior operative for Russia’s intelligence services. The unsavoriness of her work was exposed recently in a sensational case in Switzerland, where Veselnitskaya attempted to infiltrate Swiss investigations of Russian oligarchs. As I explained:

A top federal investigator, known only as Victor K. due to Swiss privacy laws, in late December 2016 was lured to Moscow to meet with Veselnitskaya. For years, K. had been the lead investigator of Russian organized crime and financial malfeasance in Switzerland. His supervisors forbade K. from traveling to Moscow, given his position, but he did so anyway, in secret. There, Veselnitskaya attempted to recruit him as a mole inside the Swiss investigation of Kremlin crimes. This is typical Russian espionage tradecraft yet again, and this case firmly establishes that Veselnitskaya is no ordinary lawyer, rather a high-level operative for Kremlin intelligence.

Nevertheless, the Trump White House has persisted in its story that they had no idea who Veselnitskaya really is. In this telling, the June 9, 2016 meeting, while perhaps less than entirely ethical, was no more than forward-leaning opposition research. For some time, Veselnitskaya played along, telling the media that she was just an attorney, nobody’s secret agent. She informed the Senate Judiciary Committee in a written response to its questions, “I operate independently of any governmental bodies” in Russia.

That narrative has just been exploded, however, by none other than Natalya Veselnitskaya herself. On Friday, NBC News broadcast an interview conducted by Richard Engel, in which Veselnitskaya stated, “I am a lawyer and I am an informant,” specifically for the Kremlin’s prosecutor-general Yuri Chaika. She added, “Since 2013, I have been actively communicating with the office of the Russian prosecutor general.” Chaika, who has been Russia’s top justice official since 2006, is known for his aggressive efforts to thwart Western sanctions on his country. Here Veselnitskaya, no mere private attorney, admits she has played an important role.

The White House seems dumbstruck by this public revelation, which blows apart its cover story about the Trump Tower meeting. On Saturday evening, at a Michigan rally, the president tried to slough off Veselnitskaya’s revelation by stating, “In fact, have you heard about the lawyer? For a year—a woman lawyer—she was like, ‘Oh, I know nothing.’ Now all of a sudden, she supposedly is involved with the [Russian] government.”

Interestingly, the president conceded that obviously Veselnitskaya wouldn’t drop a bombshell like this without Kremlin approval. He explained his take on Putin’s motivation, “You know, this Trump is killing us. Why don’t you say that you’re involved with government so that we can go and make their life in the United States even more chaotic.” This seems highly unlikely. While Trump regularly pronounces that “nobody’s been tougher on Russia than Donald Trump,” this would be news to Ronald Reagan or John F. Kennedy—or even Jimmy Carter.

In truth, Putin’s regime is disappointed in Trump, who has proven incapable of managing any sort of “re-reset” of relations between Moscow and Washington. While Trump’s public pronouncements regarding his Russian counterpart have ranged from the nervously flattering to the outright obsequious, his administration’s policies toward Russia by and large have remained consistent with longstanding U.S. actions.

Not much has changed to Russia’s benefit since Trump took office, while in some areas—for instance, dispatching defensive weaponry to Ukraine, which remains in a low-boil war with Russia—there are backsteps from Obama-era policies. In short, Moscow sees little to be gained in helping Trump save himself from his increasingly dire predicament with KremlinGate. On the contrary, Putin and his retinue now are seeking to inflict damage on our beleaguered and weakened president: More chaos on the Potomac is good for Russia, goes this perennial line of Kremlin thinking. The White House ought to prepare for rough seas ahead. 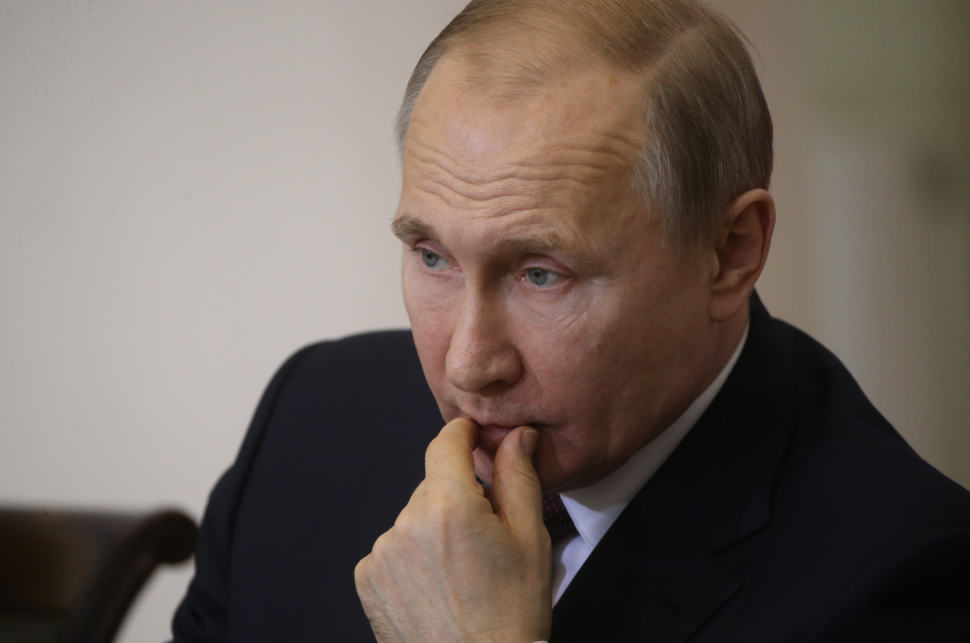