Legion is not your average superhero show. It’s delightfully weird and endearingly gonzo and subverts just about every expectation you have about the superhero genre. As such, the twists and turns from the season two premiere tonight are perfectly in line with creator and showrunner Noah Hawley‘s approach.

Now is the part where I give you a spoiler warning, so if you haven’t seen the season two premiere, make like the Shadow King and conveniently disappear.

Imagine if you had a mortal enemy, a lifelong nemesis who had tortured you for years. What would you do if after a long and exhaustive search, you finally found this enemy? If your answer is “Dance Battle!,” congratulations, you would likely get along just fine with Hawley.

In tonight’s premiere, Dan Stevens’ David Haller goes move-for-move with Farouk, now in possession of Oliver (Jemaine Clement) and Lenny (Aubrey Plaza) in a discombobulating yet wildly entertaining dance battle sequence. But how the hell did Hawley conjure this idea up?

“Why does action have to define meaning on some level?” Hawley told Observer. “If you look at our first hour, we have a dance battle. A fight is a very black and white, two-dimensional thing. We’re fighting and I’m trying to beat you and you’re trying to beat me. But what if, what the scene is… part of it is peacocking and part of it is a courtship dance and part of it is fighting because ‘I hate that I have to work with you’ etc. You can’t express that in a fight sequence, but in a dance fight you can.”

Ah, so it’s a multi-layered portrayal of the conflicted psyches at play here? We can get behind that.

Legion is nothing if not innovative in its representation of internal and external conflicts. We’ve seen the first four episodes of season two, and this is not the only example of the show’s propensity to dazzle unexpectedly.

In addition, Hawley has added a new and extravagant visual motif to season two that you might have noticed.

“We also have these, what I call, educational segments starting with the first hour, which are literally a way for me to try and visualize some of these ideas about some of these elements that are very abstract like, ‘what is a delusion?’ Hawley explained. “Well, if I tell you that a delusion is an idea and that an idea is like an egg, then I can show you a healthy idea, which is a chick being hatched, and then I can show you an unhealthy idea, or a delusion, which is a monster being hatched.”

It’s at this point that concept becomes story in Legion, especially after season one established that David does not have schizophrenia. In fact, David’s realization that he’s not nearly as crazy as the world made him think throughout his life is at the heart of this new season.

“What we are really exploring in the second season is not individual insanity but group insanity,” the showrunner noted. “There’s a quote from Nietzsche that says, ‘insanity in individuals is rare, but in groups, it is the norm.’ And so we really wanted to explore that.”

The long-term status of Legion is a bit hazy at the moment, as is the future of the X-Men universe, thanks to Disney’s looming acquisition of 21st Century Fox. But Hawley, who has not had any conversations about that just yet, despite his involvement in Legion and a Doctor Doom movie, is laying out his roadmap for the show as planned.

“Well you definitely have a sense by the end of where we’re going in the third year,” he said. “It feels like we’re following the story toward its conclusion. So it’s not a show where each year there’s a new villain and the end of the table. It’s a three or four or five act story where each season is another chapter in that story.” 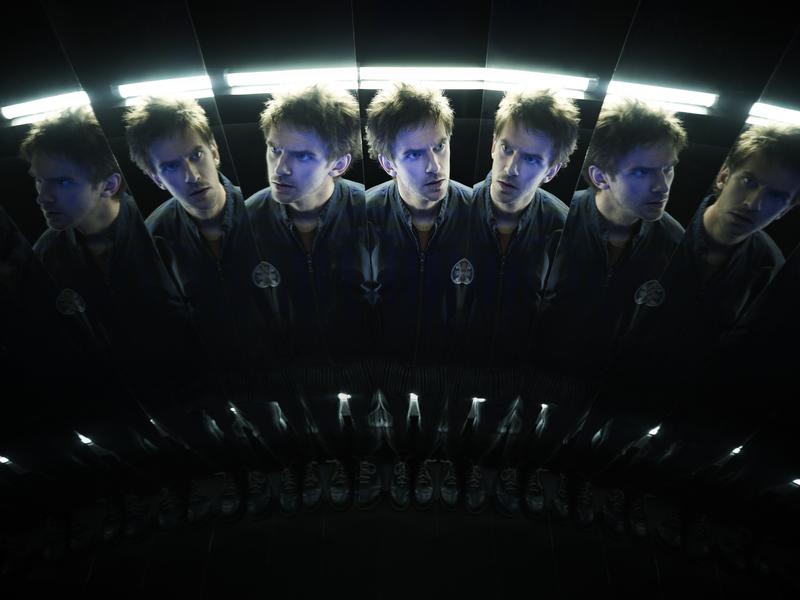