Some shows are better at formulating an identity than others. These are the shows that vibrate with a confident swagger, as secure in their execution as a selfie on a great hair day. These series seem to speak louder and bolder than others, and regardless of the quality of their voice or the value of their message, their unshakeable self-assuredness is intoxicating. If we can’t feel that way about our own lives all the time, then absorbing that confidence through the TV equivalent of osmosis is the next best thing.

Shows like FX’s Legion, which debuts its second season on April 3, are incorruptible in its vision and, love it or hate it, enticing in its absolutism.

It’s the anti-popular, non-conformist kid from your high school who became popular as a result.

Creator and showrunner Noah Hawley set out to make an acidic fever dream that is one-part psychological hyperspace, one-part X-men superhero drama and one-part avant-garde adventure. That’s a tough sell to cable networks, let alone mainstream audiences, but he did it without compromise or cutting corners.

The result is a mind-bending cocktail that has set itself apart from its compatriots in the genre and has continued Fox’s overall evolution into varied superhero stories. Legion has become an impressive microcosm for how Fox is distinguishing itself from the monolithic Marvel Cinematic Universe (MCU).

But does Disney’s purchase of Fox make this unhinged unicorn an endangered species?

“It’s not something you can do in a straight drama,” Hawley told Observer of his consciousness-swapping narrative deliveries, “but in a genre show, you’re literally using the genre to solve the character and therefore you’ve never seen that done before because it’s not the way we normally tell stories about people.”

“That’s when the show gets exciting for me,” he added.

Full disclosure: there were multiple times while watching season two’s first four episodes where I thought to myself, “I have no idea what the hell is going on.”

The misdirection, multiple planes of existence and mental scuba diving of Legion makes Inception look like Dora the Explorer.

By Hawley’s own admission, “it’s not a plot-driven show in the traditional sense,” which Twin Peaks fans would surely agree with.

If you enjoyed the first season, you’re going to really dig what comes next (and there might be 11 hours of it instead of the previously announced 10). If you didn’t, well, there’s always Agents of SHIELD.

Hawley wants to wage war on your senses and perceptions with Legion, forming a perfect symbiote between character and story through visual flare. He wants to go beyond expectations and rewire our brains like Summerland did for David. It’s not for everyone, but it is for enough people.

Season one posted “fairly solid” ratings for FX, averaging more than two million total weekly viewers across all platforms. Regardless of the metric, Legion seemed to generate deeper conversations than Marvel’s Netflix lineup or any of the comic book offerings on broadcast. It may not have been as commercially digestible, but it did take the genre in a new and unexpected direction after almost two decades of steady superhero content flooding the Hollywood market.

“[Other superhero shows] do it all very well, but what else can the genre do?” Hawley said of his mindset heading into this show. “Part of it is just trying to find how to use genre to say that if anything is possible, let’s not take anything for granted.”

Coincidentally or not, his desire to branch out from the tried and true mirrors that of FX’s parent company, 21st Century Fox, which owns the rights to the X-Men and Fantastic Four comic book characters. As we close in on 20 years of the modern superhero era, content creators need to keep the genre fresh, which is what Fox has been doing lately.

X-Men: Apocalypse ($543 million worldwide) was an anti-climactic footnote because it played exactly like your average cookie-cutter comic blockbuster. But Deadpool ($783 million) was a raunchy meta action comedy, and Logan ($616 million) was a brooding and ultra-violent neo-Western. Both were critically acclaimed and commercially successful. The studio is hoping that next year’s The New Mutants, a super-powered haunted house horror film, will follow suit.

Each of these large-scale projects is an attempt to break new ground in comic adaptations by shedding the skin of traditional tropes and cliches and slipping into something different, like Legion. It has helped differentiate Fox’s superhero content from the plucky quipping of the MCU and extended the shelf life of the genre as a whole.

But can these off-center experiments work once Disney’s Fox acquisition is approved? Will the decision-makers still strive to push content boundaries beyond the general outline of the hero’s journey?

These questions become increasingly pertinent to the future of Legion as Hawley plans to include more nods to the greater shared X-Men universe, something that may not be possible if Marvel wants to fold the property into the existing MCU fabric (which they assuredly do).

“I think we’re saddling up on that,” Hawley said of crossing over with elements of the cinematic X-Men universe. Psuedo-spoiler alert (but not really): David is the son of Professor Charles Xavier.

“That the level of immediate crisis is high, but obviously David’s father is who he is,” Hawley explained. “He was adopted and not only that but this monster came into him when he was a baby, and he’s got a lot of questions about his dad and I would imagine that will be important. We don’t get there specifically this year but it feels like we’re moving in that direction…It’s a three or four or five act story where each season is another chapter in that story.””

Disney is known for acquiring marquee companies and then leaving its creative structures mostly intact. Pixar, Marvel and Lucasfilm have largely been left to their own devices after getting swallowed up by the Mouse House and that has worked out better than anyone could have imagined. Iger has even promised that the Deadpool franchise will remain R-rated once it is officially under the Disney umbrella.

But the MCU is facing a level of uncertainty following next year’s Avengers 4, after which the main roster of heroes we’ve come to know and love over the last decade will likely make their Marvel exits. You can bet Iger and Marvel Studios head Kevin Feige will want their biggest characters under the same roof and adhering to the same company specifications aftward.

And that puts the exuberant insanity of Hawley’s creation in jeopardy.

Marvel has begun to branch out more recently with directors James Gunn (Guardians of the Galaxy), Taika Waititi (Thor: Ragnarok) and Ryan Coogler (Black Panther). But as good as these movies are (and they are quite good), they still firmly fit the MCU formula.

Hawley is a behind-the-scenes star thanks to the success of Fargo and Legion, not to mention his upcoming feature directorial debut Pale Blue Dot and a potential Doctor Doom movie. After years in this industry, he has reached the point where he is a highly-wanted commodity and an in-demand creative force that should be able to wield some power at the negotiating table.

As Hawley describes his current career standing, “You gain the trust of the town to say, ‘well here’s this idea. It’s kind of hard to explain but it’s going to be great,’ and you can say, ‘look at the past work that I’ve done as evidence that I can pull off things that are complex and they will still be entertaining, challenging and dramatic.'”

It enables him now to “put more time and energy into the creation of the story instead of trying to justify the story that I’m trying to tell.”

Hopefully, that will apply to his new superiors when the time comes.

Disney and Marvel deserve unending credit for building the single-most successful entertainment product in the history of Hollywood. But that doesn’t mean they can’t still learn from the competition who are clamoring after their first-place ranking.

Fans of the unapologetic and self-assured weirdness of Legion and Fox’s other experiments have a right to be concerned about the homogenization of the genre. Genetic versatility is key for mutation, adaptation and survival in species (and our X-Men) as well as entertainment. It worked for Zoolander, but the one-look strategy is not advisable for studios in the long-term.

Ideally, the powers that be are as seduced by the confident swagger of Legion and its big screen comrades as we are. Or, at the very least, open-minded.

“I joke that I’d rather fail dramatically than succeed timidly,” Hawley quipped. 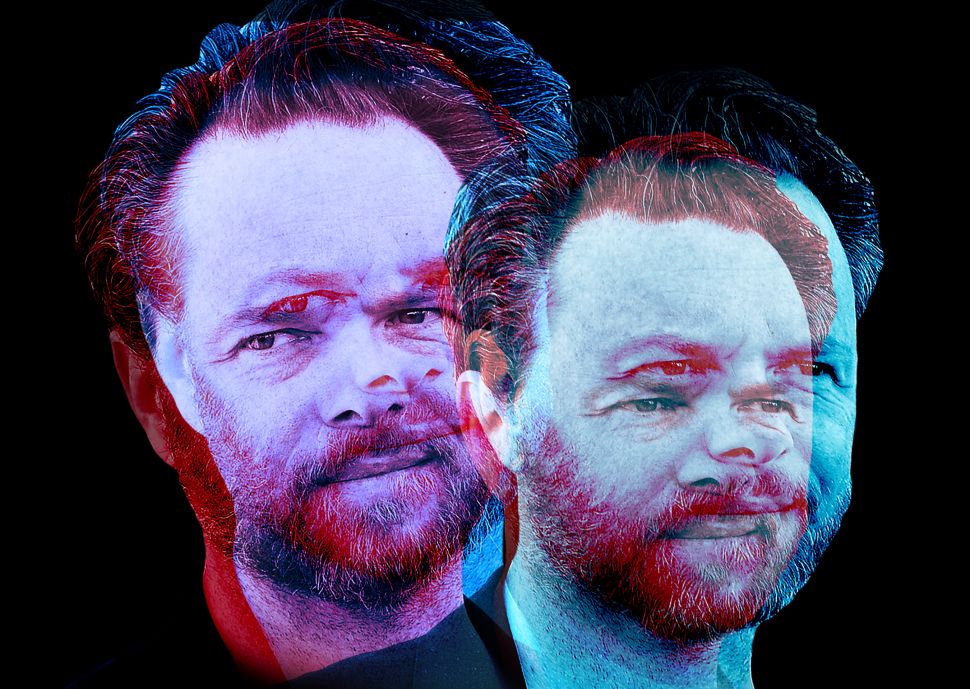