If you weren’t able to make it to the 2018 Olympics to catch Lindsey Vonn‘s final skiing competition, you still have the chance to scoop up a certain piece of Vonn-related memorabilia—but it’ll cost you.

The Park City home that the Olympic medalist custom built back in 2006 is now on the market, with a $1.45 million price tag attached. Sure, it’s pricier than a souvenir t-shirt, but Utah is a bit more conveniently located than PyeongChang.

Vonn constructed the 4,320-square-foot home in order to have convenient access to training facilities at Olympic Park in addition to all of the Park City ski mountains, according to a prior HomeAway listing. She bought it prior to her marriage to fellow Olympian Thomas Vonn in 2007, and she retained ownership of the four-bedroom, 3.5-bathroom retreat following their 2013 divorce. She proceeded to sell it for an undisclosed amount shortly after the divorce was finalized, around the same time she began her two-year relationship with Tiger Woods.

The open kitchen has granite counters, a breakfast island and stainless steel appliances, and is adjacent to a separate dining area. The main level is an open floor plan, with a cozy living room complete with a fireplace and views of the mountains.

There are two master suites, and the one on the main level has a large walk-in closet, stone-framed fireplace and access to the deck. The lower floor is composed of a full bar and entertainment area.

The outside deck is equipped with a hot tub, for the necessary après-ski soak, as well as a barbecue. The 0.52-acre property might appeal to equestrians, as it is zoned for a horse property.

There is a caveat, however, as buyers won’t be able to move in right away. The home is currently being rented out, per the listing held by Park City Realty Group broker Jason Jentzsch, and will be occupied until August 2019. But there is a bonus to scooping up the home before the renters pack it up, as the new owners get all the profits from the $6,500 a month lease.

Vonn still owns a home near the slopes, though it’s in Colorado—she bought a five-bedroom house in Vail in 2015. She’s also spending time in sunnier climates. While she sold her Beverly Grove home for $3.65 million in February, she’s holding on to the $2.6 million Sherman Oaks house she purchased last year. 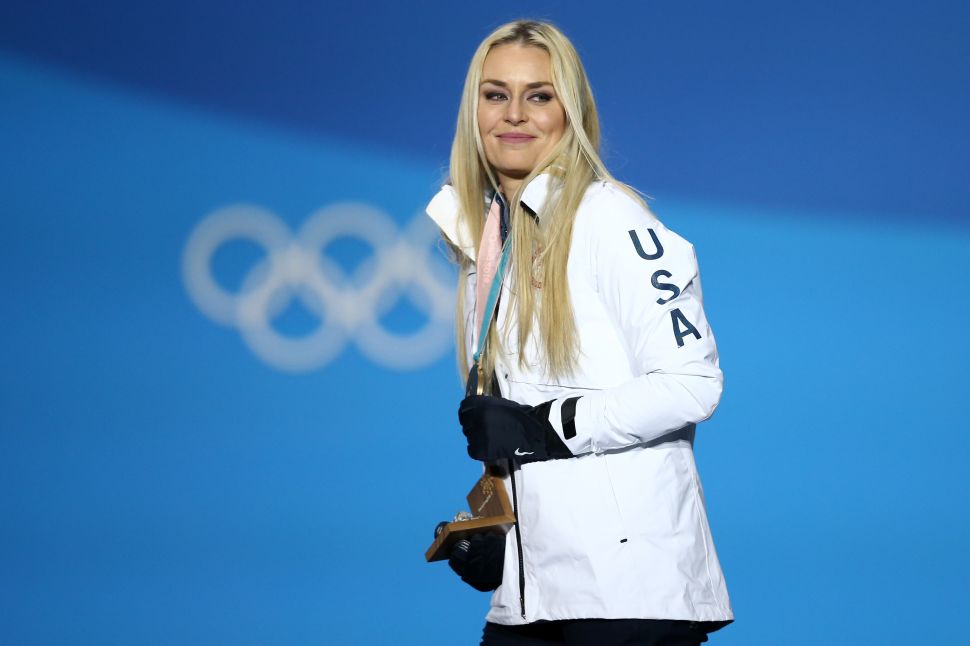