Film critic Tim Dirk described the western genre as “the conquest of the wilderness and the subordination of nature, in the name of civilization.” For the majority of Hollywood’s reign, that was true.

Quick cinematic history lesson: From the 1930s to the 1960s (plus a brief resurgence in the 1990s), the western was the most prolific genre of entertainment. It was a financially rewarding and critically acclaimed lane, notching box office successes and five Best Picture winners at the Academy Awards. Those sweeping landscapes that stretched until the horizon with a tranquil stillness approached visual benedictions for moviegoers over decades.

Over the last 30 years or so, however, the western has gone the way of its lawless frontier settings: extinct.

Hollywood had grown increasingly disinterested with the genre as public tastes moved on and a greater understanding of the atrocities hurled at Native Americans further painted the western as an out of touch fossil of a bygone era of filmmaking.

But with a few tweaks and modernizations and a better understanding of what audiences want and need today, the western has risen from the dead, at least a bit, over the last decade.

Tessa Thompson and Lily James’ Little Woods, from writer/director Nia DaCosta making her feature film debut, premiered at the Tribeca Film Festival over the weekend and drove home the point that there’s still some life left in this dormant arena.

The film is set in the economically depressed Little Woods, North Dakota, where Ollie (Thompson) is trying to survive the last few days of her probation after getting caught illegally running prescription pills over the Canadian border. But when her mother dies, she is thrust back into the life of her estranged sister Deb (James), who is facing her own crisis with an unplanned pregnancy and a deadbeat ex.

Little Woods trades in the conquest of the wilderness for a story about the struggle against crushing economic forces. It isn’t about the subordination of nature, it’s about the resistance to circumstance. There’s only so much hardship we can endure until we try to exert control on forces beyond our domains.

The film is, at its heart, a new-age western.

“That was certainly our intention,” Thompson told Observer. “It was something we deliberately talked about… it being a western… There was so much turmoil and tension inside of the lives of these characters, and I think the conundrum is how do you really make that resonate with an audience in a way? How do you carry that space and have those moments mean as much to the audience, at the edge of their seats, as they do to the characters? We wanted to make sure the audience was really with us in a film that doesn’t have monsters, in a film where the dangers are really economic issues and the issues of poverty and gender roles.”

It’s a sentiment that was embedded into the imagery of the film evoking very specific emotions in viewers right from the opening shot.

“Also just visually,” James said. “What Nia said through the ideas for the look, visually of this western, these landscapes give these bleak feelings of North Dakota and the color and how… the different worlds come together. Like for my character, in her trailer and these different worlds colliding and these people, I think in that modern day western setting feels really kind of… exciting to watch and capture that.”

Little Woods is very personal and very touching, and it makes a compelling argument as to why good people do bad things, a tried-and-true motif that has become a staple of the new westerns emerging today. With the film’s recession undertones and side-door into the opioid crisis, it’s difficult not to resonate with its relevancy.

The movie also represents another entry into the slowly growing lists of come-back westerns over the last decade, which arguably began with 2008’s No Country for Old Men.

Since 1988, every Best Picture winner had grossed at least $75 million domestically until No Country for Old Men, which took home the top award in the lowest-rated Oscars telecast in history before this year’s ceremony.

Despite that, the Coen Brothers’ take on Cormac McCarthy’s novel is perhaps the best film made in the 21st century. Again, it is not a western that deals with nature, but rather an evil force of nature in Javier Bardem’s terrifying Anton Chigurh. The ambiance is a throwback, but the content and structure feel fresh. There are no great frontiers to be explored, but we do examine the landscape of man, which is littered with unchecked greed.

And that brings us to 2016’s Hell or High , the Best Picture nominee that told the story of two brothers who pull off a series of heists against the bank that’s about to foreclose on their family ranch. Here we see a different kind of greed, a nobler but equally destructive version. Chris Pine’s Toby Howard is planning these robberies, not for personal gain but to break the cycle of poverty that has afflicted his family for generations.

Again, it is a tale of good people doing bad things within the middle ground of morality but with an updated sensibility and awareness.

Logan, the first superhero film to receive a screenwriting nomination for the Oscars, is the most notable and successful recent example of the genre’s comeback. The neo-western about accepting your own mortality and allowing yourself to love and be loved earned more than $600 million at the box office. It had all the trappings of a classic western baked into Hollywood’s most popular genre.

Little Woods ensures that this slow-and-steady comeback will continue for at least one more leg of the cinematic race.

With a few modern updates and genre tweaks, the western can still be a potent story in today’s era of franchises, superheroes and wizards. We’ll never again see long peaks that can rival the John Wayne and Clint Eastwood eras. But perhaps the out-of-touch and untimely western can nestle into a comfortable position in Hollywood. The theme of pain is universal, after all.

“I prefer to think of the western as a sleeping giant of a genre. Why? Because it’s infinitely flexible, and provides a geographical setting for stories that are primal, almost mythic. Westerns are about pioneers, frontier people, engaged in the business of creating a new society. They’re working out how to live their lives in a tough, competitive land with new (or no) rules. Westerns deal with land, greed, power, ambition and morality, the rule of law and the treatment of indigenous people. That’s an inexhaustible range of themes, and each generation of westerns tailors them to address current preoccupations.” 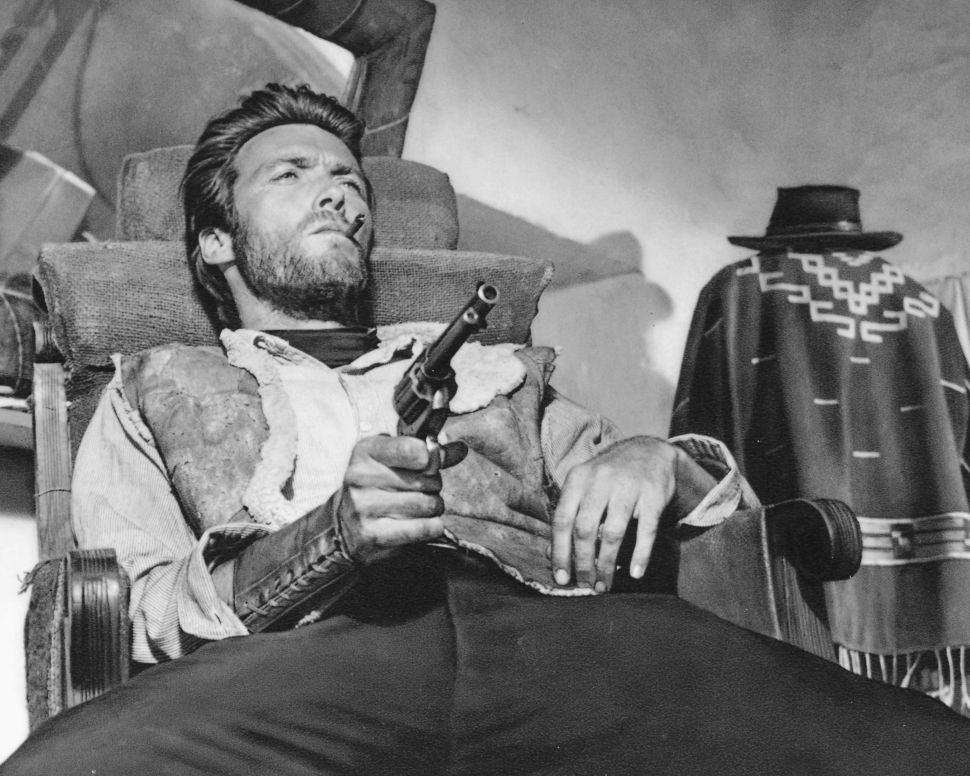