To most people, Mark Zuckerberg is the human equivalent of Facebook.

He is the person in the spotlight every time Facebook announces good news or hits a crisis. The media is so used to him speaking for the company, that it gets impatient when he doesn’t show up quickly enough. Just three days after the Cambridge Analytica scandal broke, Vox’s Recode ran a headline reading, “Where is Mark Zuckerberg?”

Now, Zuckerberg is back, full-time on an apology tour from one news outlet to another, and will finally testify before Congress this week. Amidst all of the media chaos, it’s easy to lose sight of how this mess started in the first place and how much of it was Zuckerberg’s fault.

To be sure, he has no excuse to shed off the blame as Facebook’s CEO. However, Facebook is a very different company than the networking site he created over a decade ago, and most people are unaware of how that came to be.

In 2008, when the four-year-old Facebook was struggling to grow its user count and to find a viable model to turn a profit, Zuckerberg hired Sheryl Sandberg, who was then leading advertising sales at Google, as the company’s chief operating officer.

Sandberg played a vital role in creating Facebook’s advertising model from scratch. Facebook did have an ad partnership with Microsoft that would place classified ads on its sites, but the revenue generated from it was too meager for the company to break into profitability.

“Like many technological purists, Zuckerberg looked down on the ignoble business of selling ads,” Bloomberg’s tech reporter Brad Stone wrote in 2011.

“I think early on we had almost this phobia that we shouldn’t focus too much on [ads], because that meant we were not putting our best foot forward on user products,” Zuckerberg said at the time.

Facebook’s management team decided to go with the latter. From that point, Sandberg was also determined that brand advertising would become Facebook’s sole source of revenue.

And the strategy quickly proved to be a revenue powerhouse.

One year into Sandberg’s leadership, Facebook turned a profit for the first time. In 2009, brand ads generated $225 million in revenue, quadrupling what the Microsoft partnership produced for that year. The following year, brand advertising plowed nearly $2 billion in sales for Facebook.

Ad revenue has since skyrocketed by over 20 times, and so has profit.

But she reaffirmed her faith in Zuckerberg as the company’s leader.

“I believe deeply in Mark. Mark had a vision of what social services and social sharing could be and that vision remains very important,” Sandberg said.

Facebook is in the process of reviewing data practices across the board. Sandberg said battling data breaches will likely be an ongoing project at Facebook. 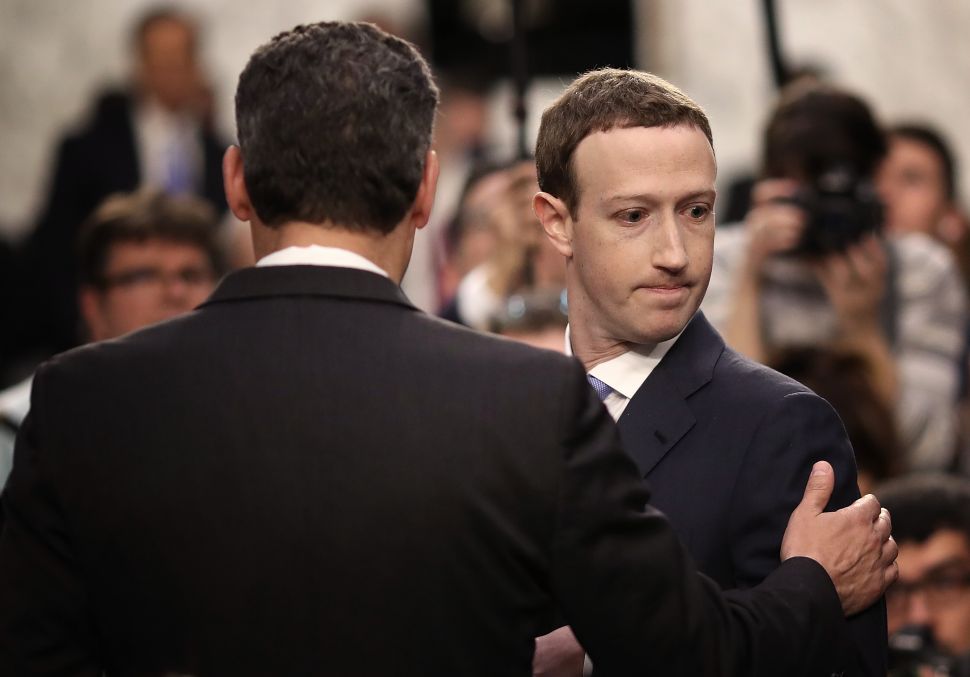