Last week, when Apple CEO Tim Cook was asked what he would do to deal with Facebook’s latest privacy breach, he said that would never be his problem because, despite owning a wealth of user information, Apple doesn’t generate profits through selling user data to advertisers but through selling devices instead.

“You know, I find that argument, that if you’re not paying that somehow we can’t care about you, to be extremely glib. And not at all aligned with the truth, ” Zuckerberg told Vox’s editor-at-large Ezra Klein during an interview published on Monday.

“The reality here is that if you want to build a service that helps connect everyone in the world, then there are a lot of people who can’t afford to pay. And therefore, as with a lot of media, having an advertising-supported model is the only rational model that can support building this service to reach people,” he said, defending Facebook’s business model. “That doesn’t mean that we’re not primarily focused on serving people. I think probably to the dissatisfaction of our sales team here, I make all of our decisions based on what’s going to matter to our community and focus much less on the advertising side of the business.”

The interview also touched on Facebook’s management team, misinformation on the platform and other issues that have kept Zuckerberg awake at night. As consistent with his rhetorical habits, Zuckerberg mentioned “community” and “connect people” dozens of times throughout the 50-minute interview—so many times that the words start to sound strange.

Zuckerberg has reinforced and reiterated Facebook’s core mission to connect everyone to make the world a better place tirelessly—ever since the company’s founding. Over the past decade, the company has grown to be a tool that two billion people use on a monthly basis and the single source of information for many.

As problems surface as a result of its massive power and influence, how does this “connect everyone” premise that Zuckerberg builds all of his arguments on still hold up?

“[I] don’t know what’s scarier in this new Zuckerberg interview. The repeated, totally inappropriate use of the word ‘community’ or this which lot of people at Facebook genuinely believe—that they don’t act like a business just because they *occasionally* hold back from the worst,” Zeynep Tufekci, a leading researcher on the social implications of emerging technologies at the University of North Carolina at Chapel Hill, commented on Twitter.

Even within the community of Facebook employees, belief in the company’s main value seems to be shaking.

Last Thursday, Buzzfeed News exposed a 2016 internal memo by a top executive at Facebook defending the company’s growth at any cost.

“Maybe someone dies in a terrorist attack coordinated on our tools. And still we connect people. The ugly truth is that we believe in connecting people so deeply that anything that allows us to connect more people more often is *de facto* good,” Andrew Bosworth, a vice president at Facebook who previously oversaw its advertising operation, wrote in the leaked memo.

The next day, The New York Times reported that the leaked document provoked an uproar within the company.

“Discussions were raging across the company regarding the merits of the post,” the Times wrote.

One former Facebook employee, Alec Muffett, posted on Twitter that Bosworth’s memo was the reason behind his resignation, adding that his decision to leave received wide support from Facebook’s “underrepresented engineering community” who genuinely care about user privacy.

Both Bosworth and Zuckerberg have since disavowed the message.

“I don’t agree with the post today, and I didn’t agree with it even when I wrote it,” Bosworth wrote on Twitter. “The purpose of this post, like many others I have written internally, was to bring to the surface issues I felt deserved more discussion with the broader company.”

It’s not that Zuckerberg is completely oblivious to the deepening problem with Facebook’s mission statement by now. In the Vox interview, he admitted that his initial vision for the company looks overly idealistic in today’s environment.

“When we started, we thought about how good it would be if people could connect, if everyone had a voice. Frankly, we didn’t spend enough time investing in, or thinking through, some of the downside uses of the tools. So, for the first 10 years of the company, everyone was just focused on the positive,” he told Klein. “I think now people are appropriately focused on some of the risks and downsides as well.”

And yet, his fix for Facebook, which is not too surprising for a programmer turned CEO, has largely focused on the quantifiable side of things.

In Facebook’s latest quarterly report, Zuckerberg promised to double the staff size of its security team. He also said the company will build a proper appeals process for users to report hate speech and other harmful content.

All told, Zuckerberg still seems to believe that providing people with a virtual platform to connect with each other as much as possible is a noble cause, even at the cost of users forfeiting their control of personal information.

“If you want to build a service which is not just serving rich people, then you need to have something that people can afford,” he said.

“History is full of massive harm done by people with great power who are utterly convinced that because they believe themselves to have good intentions, they cannot do harm or cause grave harm,” Tufekci wrote in another tweet. 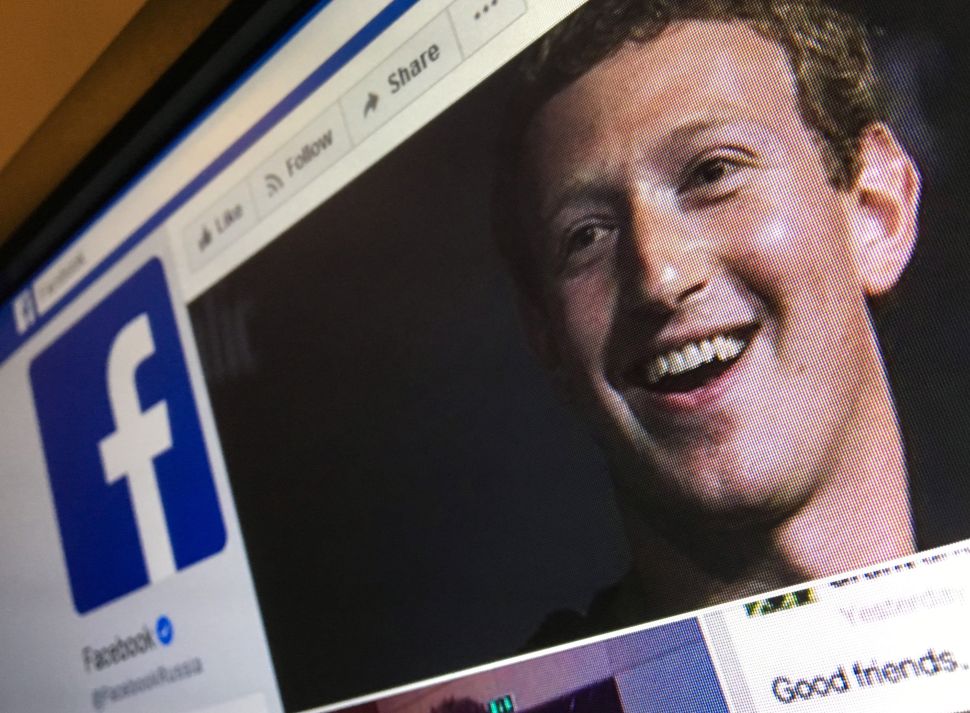