Meghan Markle’s extended family won’t be making an appearance at her nuptials. However, a few of her family members will be stationed outside of Windsor Castle when they step in front of the cameras as television correspondents for the royal wedding. So you better believe that Markle’s clan has been busy stirring up drama in preparation for her special day.

Markle joined Prince Harry today, to support his new role as the youth ambassador to the Commonwealth and the former Suits star was embraced by everyone—except her half-sister.

During the event, the couple hosted a meet and greet with young people from around the world, while Prince Harry talked with delegates from the Commonwealth Youth Forum. The duo also spoke with LGBTQ campaigners.

“This is a basic human rights issue, not one about sexuality,” Markle reportedly told Jacob Thomas, the recipient of a Queen’s Young Leaders award for his work in reducing the suicide rate within the LGBTQ community in Australia.

Markle will be joining the Commonwealth Heads of Government Meeting’s Women’s Empowerment Reception on Thursday night, where she will be meeting with individuals that promote gender equality, a cause that’s always been important to her.

To usher in spring, she opted for a wedding-ready white and black dress from Altuzarra that retails for $1,995. Yes, there are still a few sizes that aren’t sold out.

Her somewhat controversial attendance at the Commonwealth meetings proved that the royal family has deemed her fit to perform official duties, even before her wedding. Kate Middleton wasn’t invited to attend official events until after she became a Duchess, but Markle was present at Christmas at Sandringham, the Commonwealth Service and now, the Commonwealth Youth Forum. All of which is causing a stir among royal insiders.

Despite the drama, Markle was still doing charitable work today. But her half-sister, Samantha Grant, still took the opportunity to weigh in on the action.

It’s time to “man up” @HRHHenryWindsor . “Shout outs” about humanitarianism, don’t work when you are allowing Meg to ignore the Markles. It is s contradiction. Someone must point out that the “Emperor is not wearing any clothes”.

Grant—who goes by Samantha Markle on her Twitter account—tweeted and pinned a difficult to decipher note. “It’s time to “man up” @HRHHenryWindsor. “Shout outs” about humanitarianism, don’t work when you are allowing Meg to ignore the Markles. It is s [sic] contradiction. Someone must point out that the “Emperor is not wearing any clothes,” she announced. She also tagged a fake Prince Harry account that often offers #MondayMotivation and exclaimed “SheSaidYes!” after the engagement.

At this point, Markle’s biggest critic is Grant, and her tweetstorm is set to continue in the days leading up to the wedding. Until then, Markle will continue her pre-royal duties, in sold-out style. 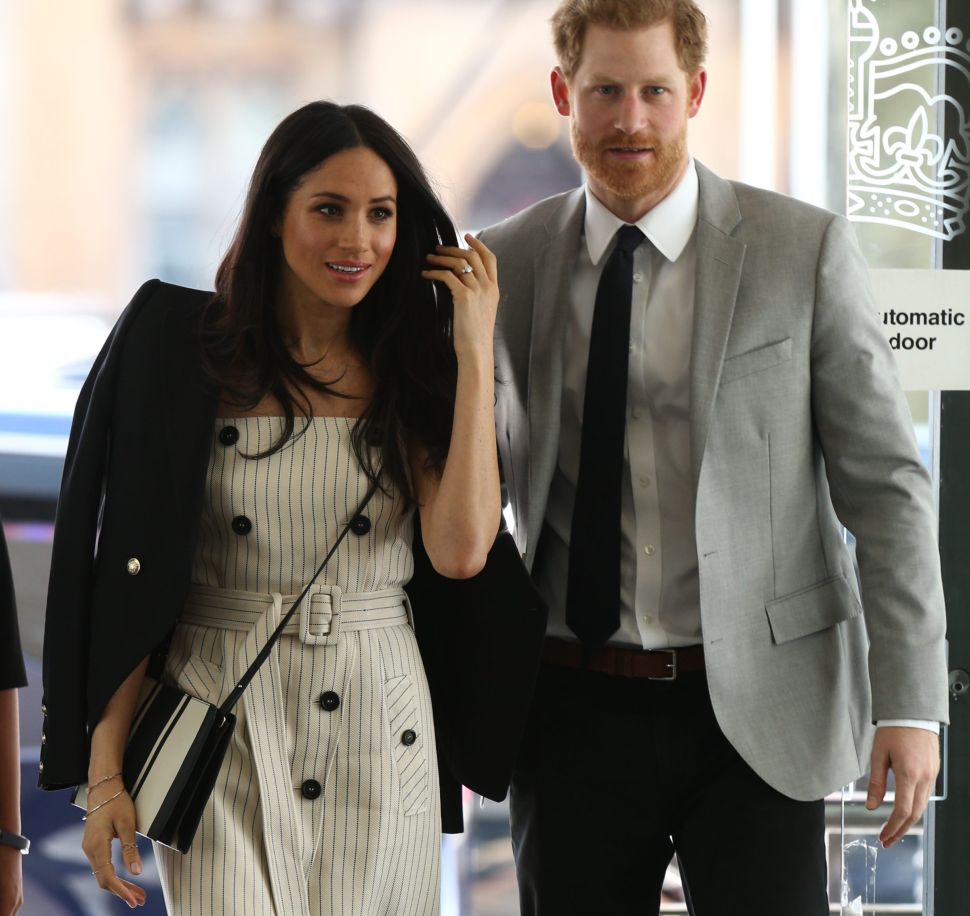