Cuffing season is upon us—especially for the royals of the world.

And now, even mere commoners can make like they’re invited to the magnum opus of royal weddings, by procuring a meaningful gift for Prince Harry and Meghan Markle—without spending a small fortune. Yes, the couple is accepting presents in the form of charitable donations.

Because the couple is already in possession of everything they’ve ever wanted—good looks, true love, and a closet full of items with an official seal of approval, courtesy of the royal warrants Queen Elizabeth bestows upon companies that meet her high standards—Prince Harry and Markle have hand-picked seven organizations they’d like their fans and friends to support.

The request for contributions isn’t surprising, given how magnanimous Prince Harry has been since he and Markle were first linked, opening up about mental health and devoting himself to humanitarian missions. Markle, who’s been heavily involved with women’s organizations since her lifestyle blogging days, obviously influenced him, right down to the gift giving.

The couple have personally chosen 7 charities which represent a range of issues that they are passionate about, including sport for social change, women's empowerment, conservation, the environment, homelessness, HIV and the Armed Forces.

In lieu of napkin rings and picture frames, the prince and his Suits star chose charities that represent the causes they care deeply about. According to their official wedding website (not helmed by The Knot) these include “sport for social change, women’s empowerment, conservation, the environment, homelessness, HIV and the Armed Forces.”

Before you buy the soon-to-be newlyweds macarons emblazoned with their faces, terrifying off-brand American Girl memorabilia dolls and/or a commemorative paper doll book, consider, instead, making a contribution.

Obviously/unfortunately, this means no one will be able to browse an actual gift registry. Would Markle request an endless supply of avocados and Herve Leger bandage dresses to secretly flaunt on her lifestyle blog? Does Prince Harry need gag glasses so he can skirt the prying eyes of paparazzi, and no longer be confused with Ed Sheeran? We’ll never know.

But like their predecessors, gifts won’t be limited to donations. When Prince William and Kate Middleton tied the knot, they received plenty of unexpected presents, from their beloved family dog, Lupo (Prince George controversially fed him ice cream), to a tandem bicycle, which we have yet to see the royals ride.

Rumor has it there’s a secret, exclusive list of highly-desired items circulating among members of their inner circle. Hopefully, it includes an Instant Pot so Markle can cook up her engagement chicken in style. 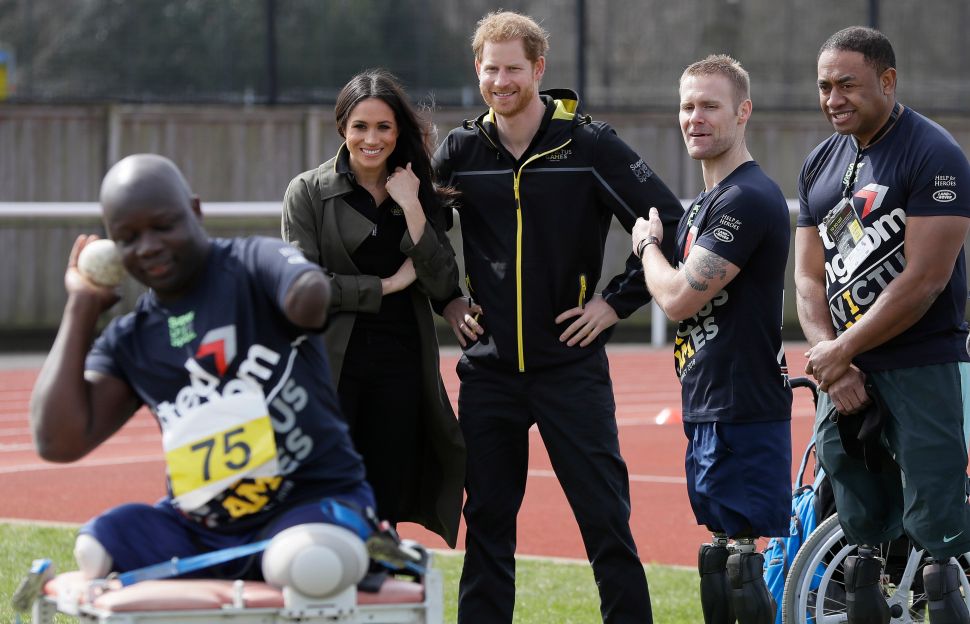