Meghan Markle was spotted trying to blend in with the masses in Chicago yesterday, but her thinly veiled attempt to go incognito included only a White Sox cap and a dark pair of shades.

The disguise obviously didn’t work, as TMZ quickly recognized the future royal. The Northwestern grad is in Chitown for the weekend, but only to put the finishing touches on her application for a UK visa.

Markle brought four bodyguards to the VFS Global UK Visa Application Centre in Chicago yesterday, so it was a bit difficult to fly completely under the radar. Her visit to the office took about 10 minutes, but proved that everyone has to undergo annoyances when traveling internationally—even those who are on their way to becoming a Duchess. Perhaps that will be her title on these newly acquired documents?

Markle had to pay a little over $1,500 in premium processing fees for the visa, but it’s a small price to avoid stress, especially since she is busy planning her wedding. In six months, she’ll apply for permanent citizenship to the UK, a process that can take up to three years for both royals and commoners.

Chicago Tribune confirmed the Suits star sighting at O’Hare International Aiport, with a blurry photo of Markle standing on a crowded escalator. Even if a private jet was involved, the former actress still had to mingle with mere plebians at the airport, proving that she really is the people’s princess. 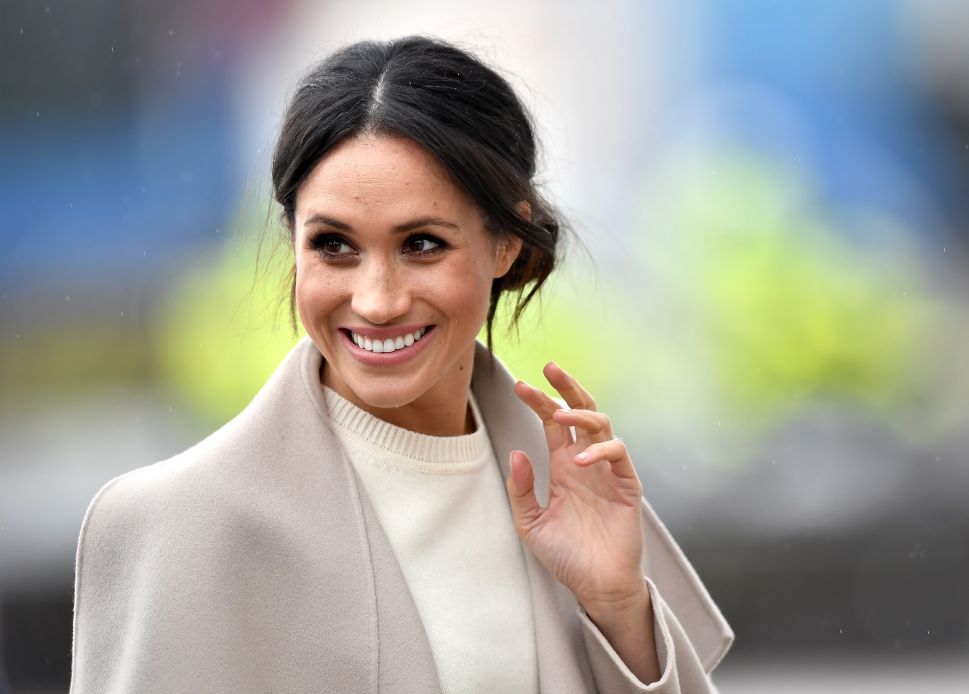