Mick Mulvaney once governed a coveted sphere of Trumpland.

From his perch atop the White House Office of Management and Budget, Mulvaney defunded Obama-era initiatives to transform the president’s rhetoric into reality. The intricacies of his role are understood by few outside the D.C. beltway and remain masked behind government’s labyrinth of regulations, restrictions and wonkiness.

“You cant swing a dead cat in this town without hitting a blue-ribbon commission,” quipped the director earlier this year during the Conservative Political Action Conference (CPAC).

Forging ahead as Democratic resistance to the takeover died—the agency’s deputy director Leandra English remains bogged in a lawsuit against the Trump administration—Mulvaney pivoted between his two roles masterfully, avoiding death by media train like numerous Trump appointees and Obama holdovers who couldn’t deliver.

But after weathering a scandal earlier this month about $6,000 frosted windows installed inside the agency (hardly an issue given Ben Carson blew over $30K on a desk), the director finally miscalculated. Speaking before the American Bankers Association’s Government Relations Summit on Tuesday, Mulvaney appeared to endorse big money in politics while reflecting on his time as a South Carolina congressman.

Just days after releasing a list of 105 questions for Mulvany to answer, Senator Elizabeth Warren (D-Mass.)—who helped install the CFPB amid fallout from the 2008 financial crisis—attacked the director.

This is the most corrupt administration ever. https://t.co/uHr0tek2G1

After tweeting, “This is the most corrupt administration ever,” on Wednesday, Warren appeared on CNN to chastise Mulvaney as a lawmaker “not here for real people” who “wasn’t even embarrassed by his statements.”

“That’s called pay-to-play,” said the senator, noting that Mulvaney “described a policy [practiced by] his own office.”

Mick Mulvaney just lifted the curtain on the corrosive influence of money in politics: a system where policy decisions are sold to the highest bidder. https://t.co/SpLiw34yOn

White House controversies over the past several months mostly involved staff turnover sparked by infighting between Trumpian caricatures. But policy wonks like Mulvaney and EPA head Scott Pruitt—who will testify before Congress on Thursday amid multiple spending and ethics investigations—now face battering as the gutted institutions they helm burst with volatility. 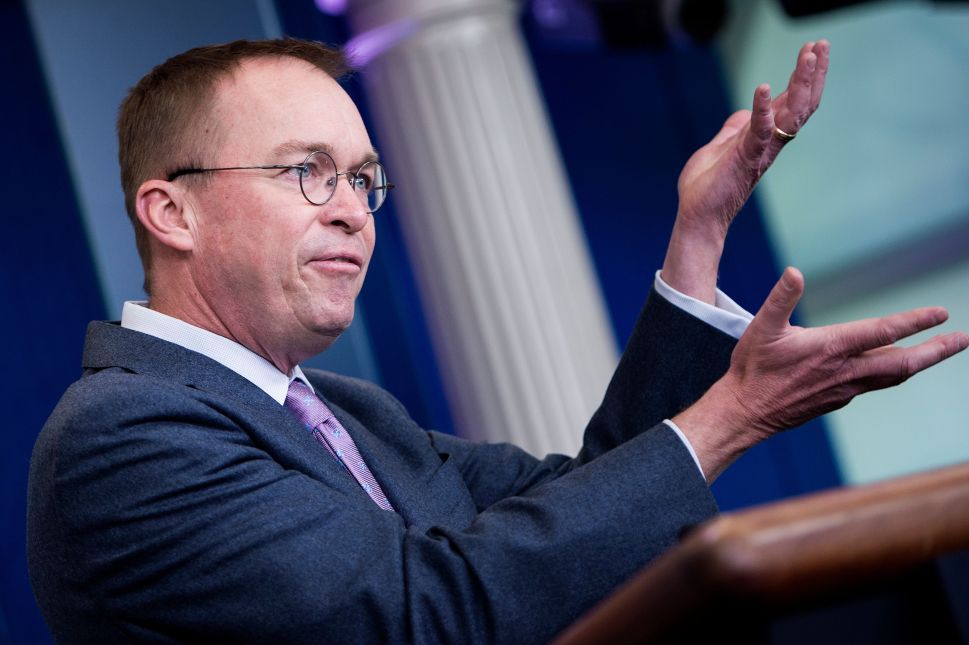