The body of a 41-year-old man who jumped into the East River was found in the on Thursday morning, marking the fifth body to be discovered in New York City rivers in just four days, according to the NYPD.

At about 6:30 a.m., police received a 911 call alerting them to an unconscious man in the in the area of East 37th Street and the FDR Drive, police told Observer. Upon arrival, officers discovered a 41-year-old man unconscious and unresponsive in the . EMS responded and took him to New York Hospital where he was pronounced dead.

The NYPD said the man’s identity is pending proper family notification and that he was observed jumping in the .

Dr. Barbara Sampson, the city’s chief medical examiner, will determine the cause of death and the investigation is ongoing, police officials said.

An Observer employee was running on the East River at about 6:40 a.m. Thursday and saw the body being pulled out of the .

“I wasn’t the only one who saw it—there was a whole group or runners stopped who were watching,” she said. “There were several helicopters, cops, multiple ambulances, fire trucks and tons of cop cars.”

She was unsure of whether the individual was dead or alive.

“I do not know if the body was dead or alive, but I know it was floating in the and was then pulled out, so I assume it was dead,” she continued.

On Wednesday, at about 10:35 a.m., police officers received a call about an unconscious man in the area of 135th Street and the East River, according to the police. Upon arrival, they found him unconscious and unresponsive in the . EMS responded and pronounced him dead at the scene. The man was 30 years old, according to Newsday.

That same day, at 4:20 p.m., a woman in her 20s was discovered in the East River near Pier 16, Newsday reported. She was also pronounced dead at the scene. And just a day prior, a decomposed body was discovered floating in the Hudson River in the area of Battery Park at 7:45 a.m., according to Newsday.

On Monday, at around 9:26 a.m., police received a call about an individual in the in the area of Mill Basin Bridge and Belt Parkway in Brooklyn, police officials said. Officers found a man in his 30s who was transported by the Police Department’s Harbor Unit to the drawbridge. EMS pronounced him dead at the scene.

And on Tuesday, at about 12:03 p.m., police received a 911 call about an unconscious man in Kissena Park near 161st Street in the Flushing section of Queens, police said. Upon arrival, officers discovered an unidentified man in his 20s who was unconscious and unresponsive and had trauma to his head. EMS also responded, and he was pronounced dead at the scene.

The identities of the five individuals are all pending proper family notification and the investigations are ongoing, the NYPD said.

Dr. Michael Baden, a former chief medical examiner for the city, told Observer that it is not uncommon for bodies to float to the surface when the is warm.

“Every April and May, depending on the environmental conditions, bodies rise to the surface of waterways throughout New York state and throughout the Northeast that may have been in the for many months because of the warming of the that they’re submerged in, which permits the bacteria to start proliferating again,” Baden said. “And bacteria spread through the body after we die and produce gases and the gases are lighter than … and that’s why the bodies come up.”

He said that the fact that the bodies were coming up at the same time does not mean that the deaths are all connected.

“They all sit there until the heats up, warms up,” Baden continued.

This story has been updated to include the fifth body found in a New York City river and a comment from a former chief medical examiner for the city. 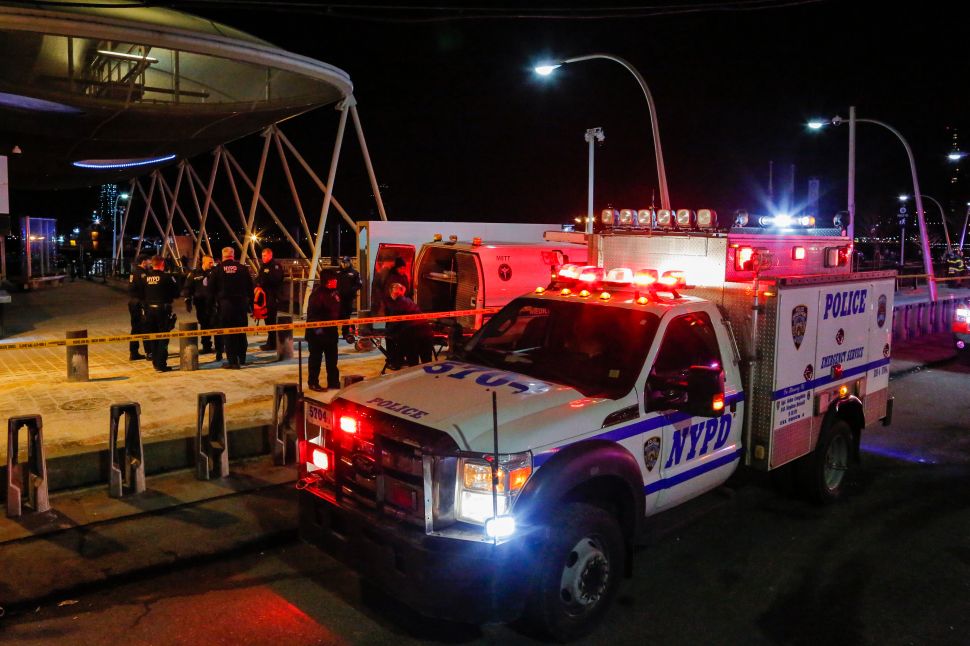