Roughly 800,000 low-income New Yorkers would save $726 a year if a proposal by the New York City Council and advocates to fund half-priced Metrocards for the poorest New Yorkers is adopted as part of the city’s final budget.

On Tuesday, the Council released its budget response to the Mayor Bill de Blasio’s preliminary budget, which he unveiled in February. The Council included $212 million in funding for Fair Fares, a proposal first initiated by the Community Service Society of New York, headed by David Jones, an MTA board member appointed by de Blasio as well as the Riders Alliance, which is led by John Raskin.

The income threshold to qualify for the Fair Fares program would be defined by the federal poverty line, which is $23,339 for a family of four, according to City Council Speaker Corey Johnson, who is also a rumored 2021 mayoral candidate.

At a rally at City Hall on Wednesday morning with the “Fair Fares” coalition—which consists of 68 organizations—Johnson noted that rent, food and Metrocard fares have increased over the years, with wages going down or remaining stagnant.

“Most of us can’t imagine what it’s like to not be able to pay to get on the subway to go to a doctor’s appointment or to go to community college or to just get around and see a family member or a friend,” he said. “But there are 800,000 New Yorkers who are living in poverty who would qualify for Fair Fares, which would be very, very meaningful for them.”

Seattle, San Francisco, Denver and Toronto already have a similar policy in place.

During an interview with WNYC’s Brian Lehrer on Tuesday morning where he first announced the proposal, Johnson noted the city’s budget has grown from $86 billion in the current fiscal year to a projected $88 billion starting on July 1. He also said that 22 percent of New Yorkers are currently living in poverty.

Public Advocate Letitia James, Bronx Borough President Ruben Diaz, Jr. and Comptroller Scott Stringer—three rumored 2021 mayoral candidates—as well as the district attorneys of Manhattan, Brooklyn and the Bronx were also at the rally. The proposal is supported by 44 of the 51 council members.

Labor leaders like Stuart Appelbaum, president of the Retail, Wholesale and Department Store Union (RWDSU) were also on hand to back the proposal.

Diaz, Jr., who often criticizes de Blasio, pointed to residents in the Bronx and other areas, such as the Far Rockaway section of Queens, the East New York section of Brooklyn and the Port Richmond section of Staten Island, who faces different financial circumstances than people living in areas like Midtown Manhattan.

“Many New Yorkers find themselves struggling to pay the fares, and I know that you heard all the statistics about how much money this is putting back in people’s wallets,” he said.

He said that if the mayor wants to make New York City a fairer city—a reference to his campaign theme—he should adopt the proposal.

“If you really want to make this a fair city, Mr. Mayor, pass the budget with Fair Fares,” Diaz, Jr. continued.

James said the proposal will help address the issue of poverty, noting that individuals are prevented from going to school, getting jobs, seeking employment and seeing their doctors if they are unable to afford train fare.

She praised the Council for introducing a budget response that “reflects our values and our beliefs”—and took a jab at the mayor.

“Unfortunately, the mayor of the city of New York has rejected and has opposed again addressing this major issue,” James continued.

Raskin said that in addition to asking the mayor to support the plan, they are also “celebrating momentum,” lauding the Council for “unambiguously” endorsing Fair Fares.

“Folks from all over this city—including many Council members, including the public advocate and the comptroller—have been fighting for Fair Fares for years now and just this week, we’ve taken an enormous step forward thanks to the members of the City Council, [and specifically] Speaker Corey Johnson,” he said.

But some activists are not satisfied with the terms of the proposal.

Josmar Trujillo of the Coalition to End Broken Windows, one of several groups that is part of the “Swipe it Forward” campaign that provides free rides to low-income New Yorkers, argued it does not go far enough.

He also referred to the Council and the mayor’s agreement in 2015 to increase the police force by 1,300 officers, noting that the money could have been used for the reduced fares.

Initially liked Fair Fares but 1) as @WA_Tweets has noted, eligibility threshold too low 2) could/should have been $400m/yr if not for Johnson et al adding 1300 extra cops ($200m/yr) https://t.co/ZlXLEh5KBx

That tax would fund half-priced MetroCards by using $250 million of the revenue that the tax would raise. In response to advocates’ call for Fair Fares in the past, the mayor maintained that the money should come from the MTA and the state.

At an unrelated press conference in Queens on Tuesday afternoon, de Blasio doubled down on his support for the millionaires tax, which has not gained traction in Albany.

He told reporters he will present the city budget in a few weeks. Albany, he said, has had a “very negative impact” on the city’s finances.

“City resources have declined in the last few weeks,” de Blasio continued. “So I understand the City Council wants to achieve something noble, but it’s going to be a very straightforward conversation with them about the actual money we have available and how far it will reach.”

Johnson told Lehrer on Tuesday morning that he does not see the millionaires tax happening this legislative session. When asked where the extra money will come from for the half-priced Metrocards, he said the Council looks “at the whole pie.”

“We look at re-estimates, revenue projections, surpluses we think will happen at the end of the year that will fall into next year,” he explained. “So we look at the entire pie, and we’re gonna be calling for the repurposing of some funds that the administration has called for, asking it to be spent in different ways.” 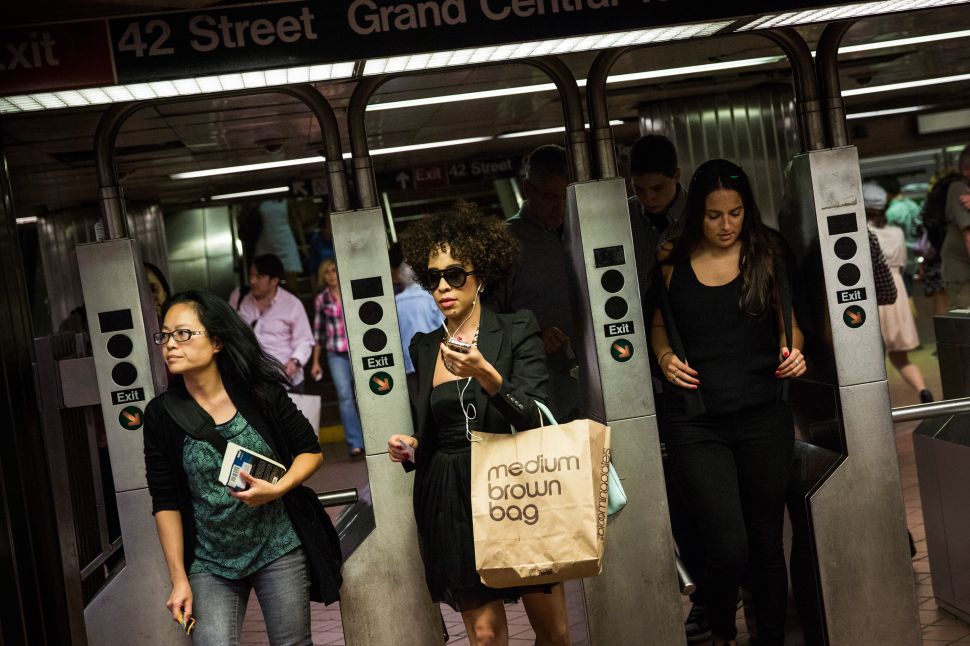