Over the last eight months, the mayor and the governor have been sparring over who should fund repairs to New York City’s beleaguered subway system and who is responsible for the MTA, a state-run authority. Now that the $836 million short-term plan proposed by MTA chairman Joe Lhota is fully funded in the state budget, what’s next?

At the Association for a Better New York’s power breakfast in Lower Manhattan on Thursday morning, Cuomo noted the $168 billion budget for fiscal year 2019 includes a $2.75 surcharge on for-hire vehicles, $2.50 for yellow taxis and 75 cents for pooled trips below 96th Street in Manhattan.

The fee, which goes into effect starting January 2019, will go toward an MTA “lockbox” and support the subway action plan, transit upgrades in the outer boroughs and a New York City general transportation account. Cuomo anticipates the fees will raise $415 million in yearly funding for the MTA and a bus plan (getting the city more enforcement cameras to keep the bus lanes below 96th Street clear).

The budget also includes full funding for the short-term plan to fix the subway, which has 6 million riders daily. The mayor agreed to fund the city’s half, arguing the budget met his demands.

“The state pledged 50 percent of the funding as soon as it was announced by Lhota last year,” Cuomo said. “The city refused to fund half the plan. We lost eight months before the plan could become fully operational, which was a terrible loss and waste of time. In the state budget, it mandates that the city pays half of the subway action plan.”

He said he wants to start thinking about a long-term modernization plan. The MTA, he argued, has not only “failed on maintenance and deferred maintenance,” but the number of riders has also skyrocketed.

“You can’t run more cars on a train because… it won’t fit in the existing subway platform,” Cuomo continued.

He noted the signal system is 50 or 60 years old. One approach is wiring the subway system, which has 840 miles of track—a process that would take 40 years.

Cuomo pointed to the MTA Genius Challenge competition in which $1 million was awarded to individuals with ideas for how to improve subway signals, capacity and communications for the subway’s future. One idea consists of using transponders on the cars and the tracks.

“It would be all wireless,” he added. “We’re now in the proof of concept phase. So far, so good. It could be as fast as eight years to install this system.”

The governor said the state contributes $8.3 billion to the MTA’s five-year capital plan that determines spending for key projects and other transportation-related improvements, while the city commits $2.5 billion. The MTA is about to begin working on the next capital plan.

In early March, Lhota said the MTA had to stretch out the plan by slowing down the hiring of new workers. He also said the agency was implementing the plan’s first phase and that it was working.

Lhota noted that whenever there are budget issues, the first areas that are cut are deferred maintenance and preventative maintenance. He also pointed to the impact of Hurricane Sandy in 2012, the increased volume of customers, 40-plus-year-old subway cars and century-old switches and signals—issues that he said will be resolved by the subway action plan.

Since June, major signal incidents have decreased by 12 percent; major track incidents, by 37 percent; and major car incidents, by 83 percent, according to Lhota. Major incidents overall have gone down by 31 percent.

“Now, numbers look nice, numbers are good, but as I told the board at the MTA, I’m not going to be satisfied until the riders, our customers, see it, feel it, understand it, so that the system is back to the system that they, as New Yorkers, all deserve,” he said.

Lhota said the MTA now has the opportunity “to put the full plan in place.”

Overall, the agency hopes to double the rate of repairs.

One measure the agency hopes to implement is cleaning up all 2.2 million feet of the drainage and replacing the pipes and pumps. The system, Lhota explained, currently pumps out 13 million gallons of “on a sunny day.” The agency hopes to remediate and fix that as well as the cracks throughout the tunnels.

The MTA, Lhota said, has been working closely with Con Edison to address “some serious power problems,” installing 396 SAG correctors, which regulate the flow of electricity. In January, The New York Daily News reported that the MTA sought to drive up the number of power-relate delays, which Lhota denied at the time.

As to car repairs, Lhota said the MTA will be increasing the size of its workforce so that it can operate its yards 24/7 and ensure that all of its yards are overhauled frequently.

The MTA has also removed 3,000 tons of garbage, according to Lhota. The agency plans to increase the frequency of station cleaning and hire the people necessary to double the painting crews and triple their tile cleaning.

The agency also plans to expand the Combined Action Teams (CATs), which can respond quickly to track, power and signal issues and are positioned all over the city. The MTA has already repaired 1,000 signals and hopes to double that.

“They’ve leased it to us and we operate it, but the reality is there is a commitment, it’s the law,” Lhota continued. “They own it and they should be giving their fair share when it comes to the capital program, especially in a period of time when New York City has an $8 billion surplus and the state of New York has a $4.4 billion deficit.”

“Eight months ago, New York City’s money would have gone into the same hole of mismanagement that caused the subway crisis,” Phillips said. “The mayor’s advocacy ensured that riders’ money couldn’t be diverted and would actually go toward a real plan for their subways rather than station facelifts and light shows. We wish the governor was even half as obsessed with fixing his subways as he is with Mayor de Blasio.”

As for the capital plan, Phillips says the city has done enough.

“Instead of constantly asking New Yorkers for more money, the state and MTA should learn to do their jobs within their budget and finally seek a sustainable revenue source so riders aren’t continually victimized by their blame game,” he continued. 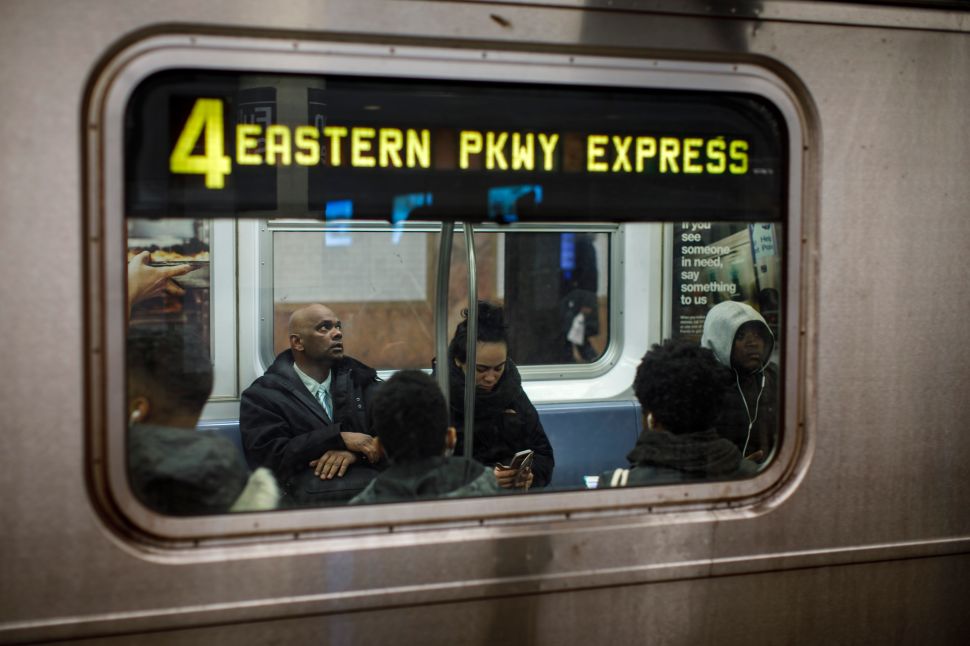