Federal immigration authorities will no longer be able to carry out arrests in New York State facilities unless they have a warrant.

On Wednesday afternoon, Gov. Andrew Cuomo issued a cease and desist letter to U.S. Immigration and Customs Enforcement (ICE) in which he threatened to take legal action against the agency if it does not stop its “reckless and unconstitutional practices” in immigrant communities.

And he signed an executive order to modify executive order #170—which bans state agencies and officers from asking about an individual’s immigration status unless mandated by law—that prohibits ICE arrests in state facilities without a warrant.

“The reckless and unconstitutional practices ICE is deploying in our communities violate everything we believe in New York and are an assault on our democracy,” Cuomo said in a statement. “I demand ICE immediately cease and desist this pattern of conduct, and if they fail to do so, I will pursue all available legal recourse and commit to doing everything in my power to protect the rights and safety of all New Yorkers.”

Last week, ICE agents detained Marcela de Leon Aguilar, a farm worker. Aguilar’s employer said the agents did not have a warrant allowing them to come onto his property and detain her.

Last year, the state unveiled the Liberty Defense Project (LDP), a public-private legal defense fund that provides all immigrants with access to legal counsel whether or not they are undocumented.

Since July 2017, LDP partners have provided more than 10,000 services to immigrants throughout the state, and roughly 60 percent of individuals that received aid via LDP have been released from detention, according to Cuomo. The fiscal year 2019 budget also has an additional $10 million for LDP.

Steven Choi, executive director of the New York Immigration Coalition (NYIC), said the organization’s upstate partners in central and western New York have been working on the ground from Rome to Rochester to highlight the “tragic deportations and fear” that ICE has brought about in the state’s immigrant communities.

“We applaud the governor for standing up against the Trump deportation machine to protect immigrant New Yorkers whether they’re at a hospital, school drop-off, state parks or the marriage bureau,” Choi said in a statement.

In a joint statement, Tina Luongo, attorney-in-charge of the criminal defense practice at The Legal Aid Society, and Deborah Wright, president of the Association of Legal Aid Attorneys—UAW Local 2325, noted that ICE’s presence in courts hurts their ability to represent their clients and protect their constitutional rights.

“Immigrant defendants and witnesses are terrified to appear in court, knowing that ICE is indiscriminately targeting anyone who is not a U.S. citizen,” they said. “After detaining our clients through warrantless arrests, ICE has a pattern and practice of failing to produce these individuals for subsequent criminal court hearings. And having an open criminal case prejudices our clients’ ability to seek relief from removal in immigration court.”

They urged state Court of Appeals Chief Judge Janet DiFiore to join Cuomo in calling on ICE to stay out of the state’s courthouses.

“In doing so, she would be joining her fellow chief justices in California, Washington, New Jersey, Oregon and Connecticut, who have all recognized that ICE’s presence in the courts undermines the administration’s of justice,” they argued. 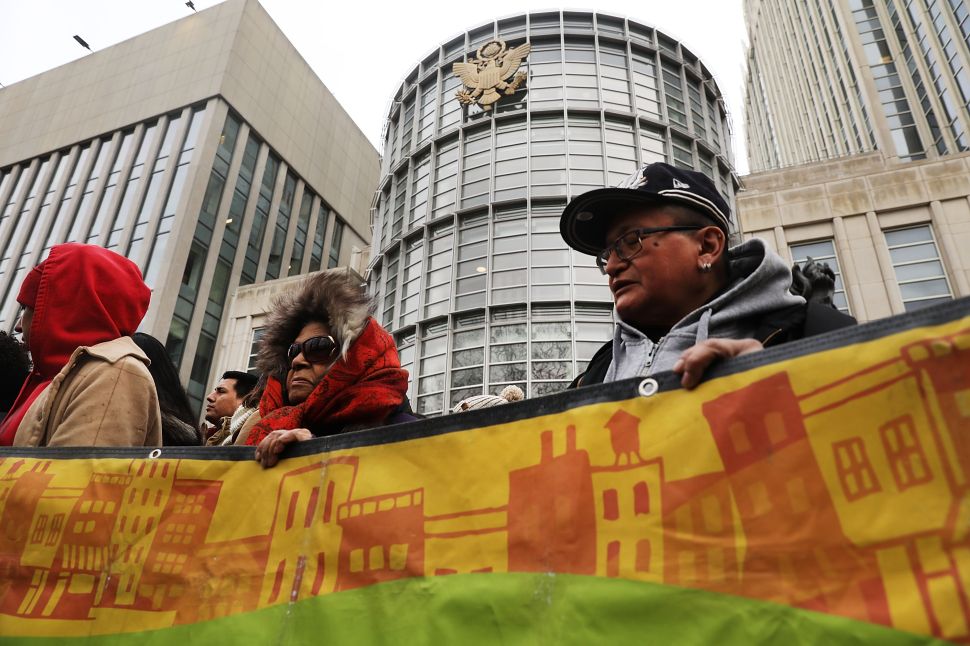