After hours of negotiations that saw the New York State budget held up by a Brooklyn state senator seeking to exempt yeshivas (Orthodox Jewish schools) from state Department of Education requirements for non-religious instruction, Gov. Andrew Cuomo and state lawmakers finally passed the $168 billion budget for fiscal year 2019 on Friday night—just as the Passover and Easter holidays were kicking off.

The Republican-led state Senate, for its part, maintained the holdup was not over state Sen. Simcha Felder—a Democrat who caucuses with the Republicans—or yeshivas as the governor and the Democratic-led state Assembly said but over the Assembly’s push for a pay raise.

The final budget ended up including a compromise to satisfy Felder’s wishes, and the budget supports the creation of a state pay commission.

The budget saw some significant developments centered on the city’s beleaguered subway system, strengthening sexual harassment policies and repairing the city’s public housing—though some key issues, such as voting reforms and extending the statute of limitations for child sexual abuse victims, did not make it into the budget.

Fixing the Subway and Tackling Congestion

Cuomo created the Fix NYC panel to come up with a congestion pricing proposal. The budget ended up including the first phase: a surcharge on for-hire vehicles and yellow cabs below 96th Street starting in January 2019.

The surcharge is $2.75 for for-hire vehicles (i.e., Ubers and Lyfts), $2.50 for yellow cabs and $0.75 for pooled trips. The funding will be dedicated to an MTA “lockbox” and offer long-term funding to support the subway action plan unveiled by Metropolitan Transportation Authority (MTA) Chairman Joe Lhota, transit improvements in the outer boroughs and a general transportation account for the city.

The mayor agreed to fund the city’s half of an $836 million short-term plan to fix the city’s subway system after months of refusing to do so on the grounds that the state budget “appears to respond to the mayor’s demands on behalf of the city’s straphangers.” Cuomo, for his part, said the state “finally got the city” to pay its half, and a senior Cuomo administration official said the de Blasio administration is “trying to put their spin on it,” according to The New York Post.

The budget includes an extra $250 million for the New York City Housing Authority (NYCHA), and the fiscal year 2019 budget includes design/build legislation in an effort to expedite repairs to NYCHA facilities. This brings state funding for NYCHA to $550 million. Cuomo will also sign an executive order appointing an independent monitor that will be selected by the City Council and NYCHA tenants via a council of presidents. City Comptroller Scott Stringer will also work with the monitor, who will pick an independent contractor that will supervise projects.

On Monday morning, the city sent a letter to to the state budget director urging the governor to release the $250 million for priority projects that would improve heat and hot systems at 14 NYCHA developments and the $200 million it says the state has allocated to NYCHA but not yet spent. (The state, for its part, has said that money has been approved but has been awaiting a plan from the city on how it will spend the money.)

But on Friday, The Wall Street Journal reported that moving forward, the NYCHA will have to get approval from the U.S. Department of Housing and Urban Development (HUD) for every expenditure it makes. The city, for its part, blasted the move and noted that HUD Secretary Ben Carson has not visited any NYCHA developments.

The budget also includes design/build authority—which will speed up construction while reducing costs—legislation for the construction of new jails to supplant the Rikers Island detention complex and the reconstruction of the Brooklyn Queens Expressway. The state anticipates that the city will see more than $1 billion in savings.

All state contractors are now required to have a sexual harassment policy and train their employees. Employers are also no longer allowed to use a mandatory arbitration provision—settling legal disputes with the business instead of in court—in an employment contract related to sexual harassment. And nondisclosure agreements can only be used if the victim agrees to confidentiality.

The budget also establishes a model sexual harassment policy for employers to take up or use to come up with a similar policy that meets or surpasses the model policy. And the budget changes the law to offer protections for contractors, subcontractors, vendors, consultants or other individuals offering services in the workplace.

There is also legislation increasing existing penalties for “sextortion,” which involves forcing another individual to engage in sexual conduct by threatening their health, safety, business, career, financial condition or reputation. And the budget has a bill that extends the length of time sexual offense evidence collection kits—rape kits—are preserved from 30 days to 20 years.

Still, the governor faced heat over the fact that Senate Democratic Leader Andrea Stewart-Cousins, who leads the mainline Democrats, was not included in meetings about the changes. And both Democrats in the state Senate and sexual harassment survivors said the changes are insufficient. The governor said a working group made up of women from the state legislature and his staff—including Melissa DeRosa, secretary to the governor—were involved.

And a bill introduced by Brooklyn Councilman Mark Treyger prohibiting police officers from engaging in sexual contact with an individual in their custody was passed under the budget. The state law covered corrections and probations officers, but a loophole existed whereby cops were not covered. The state budget amends the law by explicitly including police officers and banning sexual contact with anyone under their custody.

In response to President Donald Trump’s tax law which includes a cap on the state and local tax deductions (SALT), the budget creates two new state-operated Charitable Contribution Funds to accept donations seeking to ameliorate health care and education in the state. Taxpayers who itemize deductions can claim the charitable contributions as deductions on their federal and state tax returns.

Remaining Work to Be Done

The budget did not include voting reforms such as early voting or the Child Victims Act, which would extend the statute of limitations in child sexual abuse cases. Other promises that did not make the cut include ending cash bail for low-level offenses and codifying Roe v. Wade—a 1973 Supreme Court decision that legalized abortion—into state law. 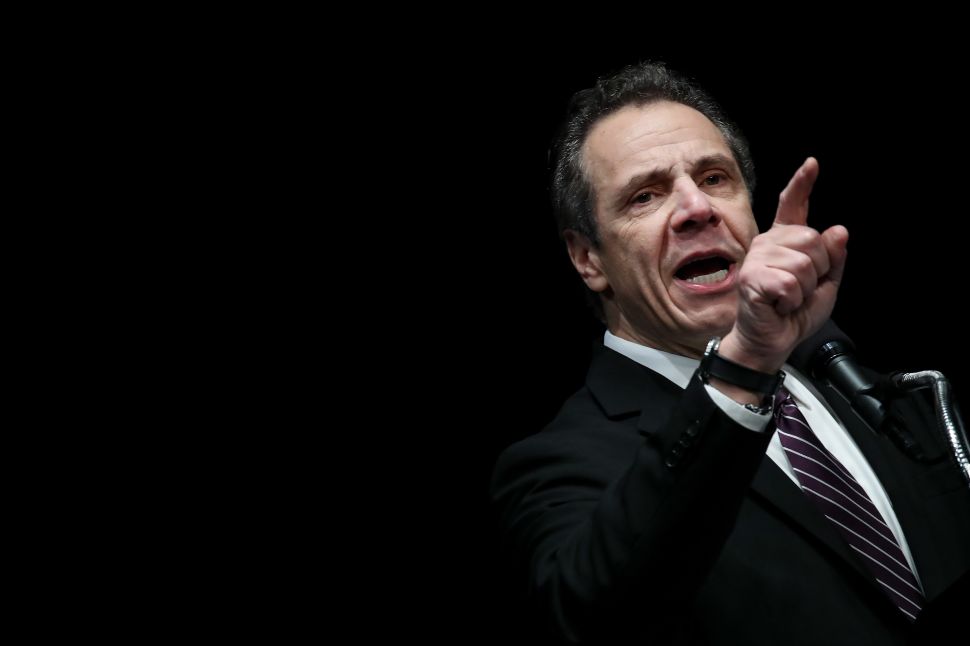