Caren Z. Turner, the former Port Authority commissioner whose roadside encounter with Tenafly police is now a must-see viral video, apologized for her behavior on Wednesday, but told cops they need to work harder to avoid similar incidents in the future.

Turner, who during the incident flashed her Port Authority badge, tried to give officers her business card, cursed at them and insisted on being addressed as “commissioner,” contends she never tried to intimidate the officers or exercise privilege as a highly placed public official.

“At no point did I violate the Port Authority’s Code of Ethics or ask for special treatment for anyone involved, nor did I suggest, in any way, that I would use my position at the Port Authority to affect the outcome of the violations issued to the driver,” Turner said in a statement published on NJ.com.

Turner says she “let my emotions get the better of me” and regrets “my tone toward the police officers.” But Tenafly police, who have received widespread praise for their handling of the situation from others, need to act more professionally, according to Turner, a Democratic lobbyist who once was once the Port Authority’s ethics chairwoman.

“I encourage the Tenafly Police Department to review best practices with respect to tone and de-escalation, so that incidents like this do not recur,” Turner’s statement said.

Turner, however, is not likely to get a lot of support from her former political allies.

Senate Majority Leader Loretta Weinberg, who had put Turner forward for the Port Authority post in part because she was “a women from Bergen County,” told POLITICO that she thought the former commissioner’s behavior was “stupid and boneheaded, completely inappropriate.”

“You basically serve the people. You are not royalty. And she came across like she was royalty,” state Assembly Minority Leader Jon Bramnick, told POLITICO.

And now the Port Authority is re-examining its policy of issuing the gold badges that Turner flashed to commissioners, according to NJ101.5.

Quote of the Day: “I encourage the Tenafly Police Department to review best practices with respect to tone and de-escalation, so that incidents like this do not recur.” — Former Port Authority Commissioner Caren Turner, who resigned following an incident in which she insisted cops address her as “commissioner,” complained about an officer having a “smug-ass look” on his face and told the officers to “shut the “f— up.”

On His 100th Day, Murphy Says Tax Hikes Are ‘the Right Thing to Do’
Gov. Phil Murphy said Wednesday that he’s already “changed New Jersey’s attitude” after 100 days in office, but said he needs to raise taxes in order to fulfill his progressive agenda.
Christian Hetrick, Observer Read more

She Pressured Cops, Now Other Officials Could Lose Their Badges
After a Port Authority commissioner pulled out her badge and repeatedly mentioned her title while trying to intervene in a traffic stop, the agency is considering doing away with the badges for non-law enforcement all together.
NJ101.5 Read more

Tenafly Police Officers’ Boss ‘Very Proud’ After Traffic Incident With PA Commissioner
Tenafly Police Chief Robert Chamberlain said he’s been fielding congratulatory emails and calls ever since a dashcam video was released that showed Port Authority Commissioner Caren Turner pulling rank and repeatedly insulting two Tenafly police officers who had pulled over the vehicle in which her daughter was a passenger.
The Record Read more

Former Port Authority Commissioner Wants Police to Work on Their ‘Tone’
Caren Turner, the former Port Authority of New York and New Jersey commissioner who resigned last week after flashing her badge and badgering police officers who had stopped a car in which her daughter was a passenger, wants Tenafly police to work on their ‘tone.’
Politico Read more

Port Authority Commissioner Apologizes, But Says She Did Nothing Wrong
After days of silence, former Port Authority commissioner Caren Z. Turner, who resigned last week, responded Wednesday to the public outcry over her intervention, caught on a police dashcam, in connection with a Tenafly traffic stop involving her daughter.
NJ.com Read more

Lowry: In Tenafly, a ‘Cursed’ Traffic Stop Rolls up Against Privilege
In the last couple of days, I have watched the Caren Turner traffic stop video a total of seven times.
The Record Read more

The 16 Most Appalling Moments From the Astonishing Port Authority Commish’s Viral Video
It started out as a routine traffic stop for an obscured out-of-state license plate. The driver had a valid license, but couldn’t find the vehicle’s insurance card or registration—and so the car was impounded.
NJ.com Read more

‘You’re a Horrible Human’: Social Media in Outrage Over Port Authority Commissioner Meltdown
It’s the dashcam video that has everyone in New Jersey—and increasingly around the country—talking.
NJ.com Read more

Murphy Defends Wife When Asked About $13K Spent on Door to Her Office in Governor’s Suite
Gov. Phil Murphy on Wednesday defended his wife Tammy Murphy’s role in his administration when asked about the decision to spend nearly $13,000 to install a new doorway to her office.
NJ.com Read more

Newark Finally Released Its Amazon HQ2 Proposal… Read All the Juicy Details, Including Proposed Locations
Newark’s closest held secret is finally out. The city released the bid it submitted for Amazon’s new HQ2. Read the document below. (It is just over 200 pages.)
NJ.com Read more

Chris Christie or Phil Murphy: Who Had a Better First 100 Days?
So Gov. Phil Murphy reached that 100th day milestone on Wednesday, celebrating it by appearing on morning TV news shows and making a speech at Rutgers University.
NJ.com Read more

Phil Murphy Is 100 Days in as New Jersey’s Governor—What’s He Done?
Wednesday marks the 100th day since Gov. Phil Murphy took office. Here’s a look at some notable achievements.
The Record Read more

Hoboken to Label Single-Occupancy Bathrooms ‘Gender Neutral’
City officials are hoping Hoboken becomes the first municipality in the state to require single-occupancy bathrooms be labeled as gender neutral in an effort to be more inclusive to the transgender community.
NJ.com Read more

Black Hate Group Leader Pocketed Millions From ‘Church,’ Feds Say
Two members of a black nationalist group, including a South Jersey man believed to be the group’s leader, have been arrested and charged with defrauding the government out of more than $1.98 million in taxes.
NJ101.5 Read more

Chris Christie Portrait: Columnist Offers to Paint It at Significant Savings to Taxpayers
He’s the governor who won’t go away. Just when you thought it was safe to go back in the State House, former Gov. Chris Christie, it’s been learned, is paying $85,000 for his official portrait. And as with past governors, the taxpayers will be footing the bill.
The Record Read more

How This Orthodox Jewish School and Its Leader Turned Lakewood Into NJ’s Boom Town
In an ornate room the size of a gymnasium, fronted by marble columns and crammed with podiums, 500 men dressed uniformly in black trousers and white button-down shirts are arguing.
Asbury Park Press Read more

Is There Light at the End of the (Gateway) Tunnel?
It isn’t an exaggeration to say that the economic future of New Jersey hinges in significant part on the fate of the Gateway project, which features a new rail tunnel under the Hudson River.
Asbury Park Press Read more

Jackson Board Approves Armed Security in Schools
Security staff at an Ocean County school district will be allowed to carry weapons under a measure approved Tuesday night.
NJ101.5 Read more

Trenton Housing Official Gets $711K Paycheck… By Mistake?
An erroneous comma gave a public worker a windfall while he was on vacation. Francine Nalbone, who handles payroll for the Trenton Housing Authority, deposited $711,000 into the account of Benjamin Daniel, multiple unnamed sources told the Trentonian. When the error was discovered, Nalbone was suspended for five days.
NJ101.5 Read more

First, the Dunes; Now, Margate Contemplates a Boardwalk
From halfway across Fredericksburg Avenue, where the Ventnor boardwalk ends, you can see the new sand dunes on Margate’s beaches that plunged so many of its homeowners into deep despair last summer.
Inquirer Read more

Seaside Shelves Plan to Allow Dogs on Boardwalk This Summer
Looks like Seaside won’t be going to the dogs this summer after all.
Asbury Park Press Read more

Town Whose Last 2 Mayors Died a Year Apart Gets New One
A municipality whose last two mayors died in office, just over a year apart, has chosen a new leader.
NJ.com Read more

Editorial: Hats Off to Tenafly Cops, Good Riddance to Caren Turner
It’s hard to recount all the ways Caren Turner self-destructed along Route 9W, but suffice it to say she didn’t earn any gold stars as a mother, as a lawyer, as a citizen of Tenafly, or as a rational human being.
NJ.com Read more 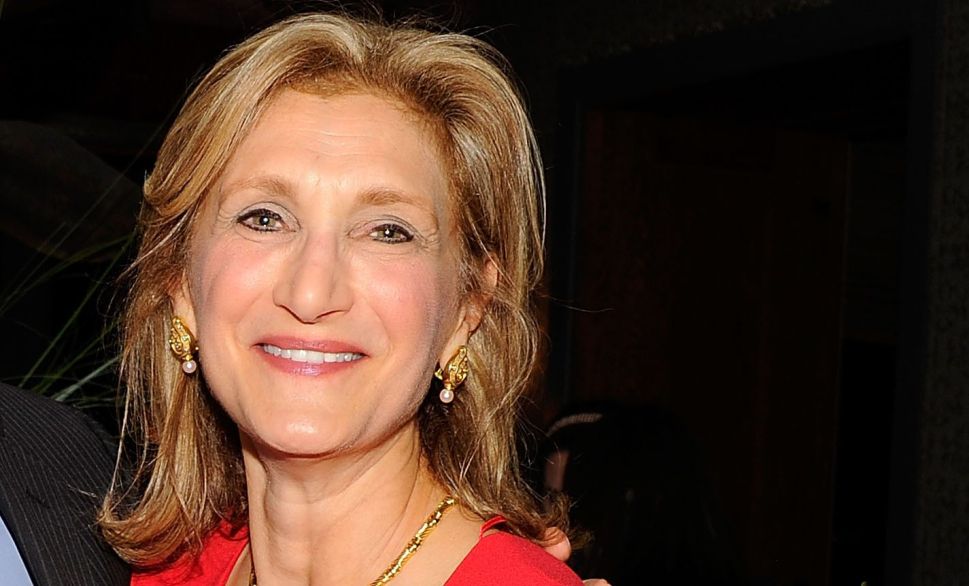