Caren Turner resigned her post as a Port Authority Commissioner last week, and a video of her March encounter with Tenafly police that hit news sites on Tuesday shows why.

Arriving at the scene after a car carrying her daughter was pulled over, Turner flashed her gold commissioner’s badge, tried to give police her Port Authority business card and described herself as a “concerned citizen and friend of the mayor.”

“No, no, no. I’m involved. Trust me, I’m very involved,” Turner tells an officer when he won’t tell her the reason for a traffic stop that she’s not involved in.

When an officer calls her “Miss,” she shoots back with “Don’t call me ‘Miss,’ I’m commissioner.”

At another point, Turner says the traffic stop concerns her because it has ruined her Easter weekend.

“Trust me, I will be in with the commissioner of police of Tenafly,” Turner tells the officer.

“I would hope, you being a commissioner, would understand the job police officers have to do,” the officer tells Turner at one point. At other points, he informs her he isn’t sharing information with her because of her demeanor.

“I don’t appreciate the way you approached me, the way you demanded information, the way you’re stating, based off your position in another agency, whatever it may be,” the officer says.

Turner’s daughter had called to ask her for a ride after the car was impounded due to improper registration. The car had originally been pulled over for tinted windows and an obscured license plate, according to an NJ.com report.

At the end of the encounter, when the officer tells Turner she may take her daughter, she responds “You may not tell me when to take my child. You may shut the f— up!”

A Democratic operative and lobbyist, Turner was appointed to the Port Authority of New York and New Jersey by Gov. Chris Christie.

In a statement announcing her resignation on Monday, the Port Authority called Turner’s conduct “profoundly disturbing.”

The agency said Turner resigned after learning the Port Authority was conducting an investigation of the event, according to NJ.com.

Quote of the Day: “You may not tell me when to take my child. You may shut the f— up!” — Caren Z. Turner, who resigned her position as a Port Authority Commissioner after she apparently tried to use her position to intimidate police officers during a traffic stop involving her child.

Tom Kean Is the Most Popular New Jersey Governor
Tom Kean remains the most beloved New Jersey governor, while Chris Christie is the most unpopular, according to a new poll.
Christian Hetrick, Observer Read more

You May Shut the F Up, NJ Official Tells Traffic Cop
A Port Authority commissioner resigned last week after being caught on video telling a police officer who had pulled over her daughter to “shut the f*** up.”
NJ101.5 Read more

What Would Full Funding of School Aid Look Like? Add $2.3 Billion to Budget
Given all the debate over what is indeed “full funding” of school aid in New Jersey, the state’s nonpartisan Office of Legislative Services has provided the latest estimate of what every district would receive under the school finance law in the best of circumstances.
NJSpotlight Read more

Here are the grades for Phil Murphy’s first 100 days. He may not love them.
Wednesday will mark 100 days since Democrat Phil Murphy took over for Republican Chris Christie as New Jersey governor.
NJ.com Read more

Acting Education Commissioner Says PARCC Here For At Least Another Year
PARCC isn’t quite dead yet, at least not in New Jersey.
NJSpotlight Read more

Gottheimer And Lance Ranked Among Most Bipartisan House Members; Pallone Among The Least
According to Georgetown University’s Luger Center ranking of the most bipartisan members of Congress, CD5 Democratic Rep. Josh Gottheimer and CD7 GOP Rep. Leonard Lance both made the top 15.
InsiderNJ Read more

Hell freezing over? Even in Trump age, some N.J. politicians are nice to the other party.
With Republicans controlling Congress and President Donald Trump in the White House, it sometimes feels as if no Democrats need apply.
NJ.com Read more

NJ Black Caucus leader not sold on positives of marijuana legalization
The leader of the state’s legislative black caucus is not convinced that legalizing recreational cannabis in New Jersey will benefit minority communities in New Jersey and wants his peers in Trenton to slow down before taking any action.
Press of Atlantic City Read more

New Jersey Ruling Could Reignite Battle Over Church-State Separation
The apex of the slate roof of the historic chapel of the Presbyterian Church in Morristown peeks over the trees lining the central green here, its chips and cracks visible from the ground. In need of repair, the church did what many other houses of worship in the area have done — turned for help to the county, which gave it more than $260,000 in 2013.
New York Times Read more

NJ’s largest city sued over lead tainting its tap
Two years ago, state and district officials shut off fountains at 30 schools in Newark in response to testing that showed elevated levels of lead, a heavy metal that irreversibly stunts the development of a growing child’s body and mind.
Asbury Park Press Read more

Meet the other mayor of Lakewood: How one man’s vision reshaped a school and community
Four dire words had Rabbi Aaron Kotler scrambling up Capitol Hill in 2010.
The phrase, “who is not married,” was tucked on page 14 of the 906-page tome of the Affordable Care Act, better known as Obamacare.
Asbury Park Press Read more

DEP Denies Lakewood’s Bid for Designation as Regional Center
The state once again has blocked a huge development project in Lakewood, denying the township designation as a regional center because the municipality has failed to adequately address -supply needs.
NJSpotlight Read more

State gets $45K for worker with asthma fired for requesting his inhaler
A man with asthma who suffered shortness of breath while working on an assembly line outside of Trenton will receive $45,000 after the company fired him when he said he wanted to go home and get his inhaler.
NJ.com Read more

Judge to rule on charges against North Jersey councilman, teacher
The attorney representing a Secaucus councilman and an elementary school teacher accused of lying to police about a September crash argued before a judge that the charges should be dropped.
NJ.com Read more

141 apartments to be built on Route 9 in Toms River
A 141-unit apartment complex on Route 9 has been approved by the township Planning Board.
Asbury Park Press Read more

Dead Baby Is Fourth Abandonded in NJ This Month
Police are investigating a baby found dead in an abandoned home .
The baby was found at a home on the 800 block of South Broad Street, according to a report in The Trentonian. The baby is believed to be just a few days old, according to the story, but Lt. Darren Zappley told the newspaper that police do not know how the baby died.
NJ101.5 Read more

NJ Cop Fired After Disturbing Fantasy About Killing People
A police officer was fired after telling a fellow officer his fantasy about shooting people with a rifle from the top of a tower.
NJ101.5 Read more

Editorial: Nothing fair about financial aid for undocumented students
A bill awaiting Gov. Phil Murphy’s signature would make undocumented immigrants eligible for state student loans, grants and scholarships. If Murphy signs it, as he is expected to do, it would make New Jersey the first state on the East Coast to do so.
Asbury Park Press Read more

Editorial: Push back against Muslim-based bias
This week, the U.S. Supreme Court hears arguments on the merits of the third version of President Donald Trump’s travel ban that targets Muslims and people from a list of Muslim-majority countries. The policy is constitutionally suspect in that it is an assault on free speech, and attempts to ban, in part, people from entering this country merely because of the faith they practice.
The Record Read more 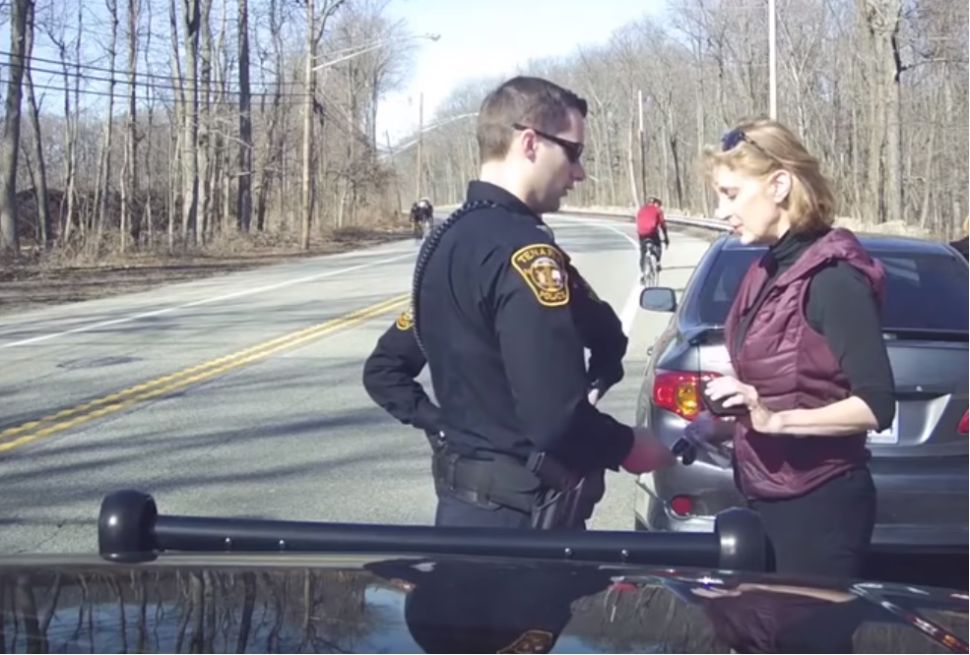